This is a quiz about Nirvana in general. It's fairly easy, but some of it will be tough if you're not reasonably familiar with Nirvana. Best of luck.


Answer: a liar and a thief

This is taken from "Pennyroyal Tea", which was on the studio album "In Utero" and "Unplugged in New York".
2. Who played cello for Nirvana at the 1993 "Unplugged" session?

Lori not only played on "Unplugged", she also did the cello parts on "In Utero".
3. Which of these is the Nirvana original?

"Baba O' Riley" was on an old demo tape and is a cover of The Who. "Lake Of Fire" was co-performed with the Meat Puppets at "Unplugged", but it is the Meat Puppets' song. "Where Did you Sleep Last Night?" is a Leadbelly number.
4. Complete the quote from "Come As You Are" - "And I swear that ..."


Answer: I don't have a gun

This is allegedly from a conversation with David Grohl. Dave used to live with Kurt for a short time (he helped Kurt with the K tattoo on his arm), and he was convinced that Kurt kept guns in the house, which unnerved Dave. After persistent pestering, Kurt snapped "When I swear that I don't have a gun, I expect you to believe me!"
5. What was the song Nirvana used to scare MTV producers at the 1992 VMAs?

Kurt was told he couldn't play it, and that Nirvana was to play "Lithium". Kurt decided to spread the rumour that on the live broadcast they would indeed play "Rape Me". The MTV bosses instructed the TV editors to go to commercial if they played it. Trouble is, no-one there knew what it sounded like. So when they played the first two bars, an MTV executive ran all the way to the truck.

When Kurt was told via signal that they were going to be cut, he shifted into "Lithium". It was edited out of the replay and MTV threatened to sue, and never mentioned it again. That is, until Kurt died, when they begain using it as an anecdote of how great he was. Hypocrites.
6. What didn't Kurt have on in the first "In Bloom" video?

The first "In Bloom" video was NOT the one done in black-and-white, fifties-style when Kurt had his hair done neat and a pin-stripe suit on. The first had Channing in it and had them wandering around Seattle messing about.
7. Which song was NOT on "Incesticide"?


Answer: "I Hate Myself and I Want To Die"

"Polly" WAS on "Incesticide", albeit the New Wave version. "I Hate Myself and I Want To Die" was on "The Beavis and Butthead Experience" soundtrack.
8. Which of these bands has NOT covered a Nirvana song?

Bowling For Soup wrote a song ABOUT Nirvana ("Punk Rock 101"), but they never made a cover. Evanescence has covered a whole bunch of Nirvana stuff (most notably their good rendition of "Come As You Are" to their near-blasphemy rendition of "Heart-Shaped Box"). Weezer covered "Breed", and the Manics covered "Been A Son" on their recent album "Lipstick Traces: A Secret History".
9. What is the Nirvana reference in the Foo Fighters song "Monkey Wrench"?


Answer: That Grohl didn't want the Foo Fighters to look like a sub-standard Nirvana side-project

Mudhoney's Mark Arm left Mudhoney to start a band called Monkey Wrench. It was awful, and Mark was always remembered for Mudhoney. Grohl didn't want the same thing to happen to him.
10. We'll finish with something that will be hard if you're not a Nirvana nut through-and-through - what brand of shoe was Kurt wearing when he was discovered dead?

He was discovered in a pair of Converse tennis shoes.
Source: Author cobainiac 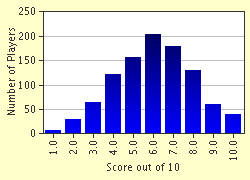 
Other Destinations
Explore Other Quizzes by cobainiac