Of all the musical artists of the my generation, I probably identified most with Kurt Cobain. Here is my tribute to him and his band.

Quiz Answer Key and Fun Facts
1. When was Kurt born?

Kurt was born Kurt Donald Cobain in Aberdeen, WA.
2. Kurt was married to the ex-stripper Courtney Love. What was the wedding date?

Courtney Love was the lead singer for the now defunct band Hole.
3. Where was Kurt and Courtney married?

Wakiki is on the isalnd of Oahu. Oahu also is home to Honolulu and inhabits 80 percent of the population of Hawaii. Figured a little geography with our music history is not a bad thing.
4. Kurt and Courtney had a daughter. We all know her name was Frances Bean Cobain. What led to her middle name being Bean?

'Bleach' was released in 1989 and was produced by Jack Endino.
8. Before Nirvana, Kurt Cobain and Krist Novoselic played in a band together. Kurt played drums and Krist played bass. What band was this?

Stiff Woodie was one of a few incarnations of Nirvana.
9. Who was the drummer for Nirvana on the album "Bleach"?

Chad was in Stiff Woodie with Kurt and Krist. Although Chad was not the very first drummer with Nirvana, he is considered their original drummer due to the short duration of Aaron Burckhard, Dale Crover and Dave Foster as the band's drummer.
10. Dave Grohl was in the band Scream at one time. What band was he in when Nirvana recruited him?

Scream was a great band. Check out anything you can from these guys. Of course everything Dave Grohl touches turns to gold.
11. Before Dave Grohl joined Nirvana they had a tough time finding a drummer. Which band introduced Nirvana to Grohl?

The Melvins' ex-bassist Kevin Rutmanis is now in a project with Mike Patton (of Faith No More fame) called Tomahawk.
12. Where was the final Nirvana concert performed?

I remember the news of John Lennon's assassination in 1980, but nothing ever affected me like the day I heard Kurt had died. Apparently he had died three days before he was discovered.
14. The first Nirvana album was released on what label?

Nirvana released 'Bleach' on Sub-Pop before joining the DGC label. David Geffen must have really known genius after all.
15. Who produced the great 'Nevermind' offering?

'Nevermind' was released in 1991. What a year for grunge.
16. 'In Utero' was the final Nirvana studio album. Who produced this work?

Albini was in the 80's group Big Black.
17. What band was Kurt once a roadie for?

Kurt dropped out of school to get a job and ended up a roadie for The Melvins.
18. I think it is only befitting that we should mention the mother of Kurt Cobain. What was her maiden name?

Kurt's mother and father were divorced when Kurt was only seven years old. When Kurt was 17 his mother married Pat O'Conner and now goes by the name Wendy Fradenburg Cobain O'Conner (quite a mouthful).
19. David Fricke is an excellent journalist for 'Rolling Stone' magazine. He once stated (no quote intended) that the American youth associated to Kurt Cobain just as the American youth of a past generation associated with whom?

David Fricke is an amazing journalist. Read everything you can from him.
20. What nationality is Krist Novoselic?

Krist was born in Los Angeles, CA on May 16, 1965 to parents of Croatian decent.
21. Where was the first European location ever played by Nirvana?

If you have never tried the local brew from Newcastle (aptly called Newcastle Brown Ale) then you're missing an awesome beer.
22. The juggernaut that was the 'Nevermind Tour' had to start somewhere. What was the first city that saw this tour?

The album "Nevermind" knocked Michael Jackson's "Dangerous" off the top of the charts.
23. Everyone remembers the time Kurt had his 'medical' problems in Rome. When he finally awoke from his coma, he was craving a certain drink. What was it?

Kurt had overdosed on Rohypnol and champagne. Reports were made that a suicide note was found.
24. What chart location did the 'Nevermind' album debut at on the Music Billboards?

The heavily played "Smells Like Teen Spirit" quickly made this a smash album.
25. Pat Smears played guitar on the 'MTV Unplugged' album and later started the Foo Fighters with Dave Grohl. What band did he gain his reputation as a lead guitarist in?

Pat Smears really was a great guitarist who did great work on the 'MTV Unpugged' album.
Source: Author ralzzz 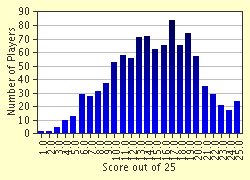