Test your knowledge of the most famous philosophers.

Thales believed that the fundamental element was water. He lived in Miletus, Asia Minor.
2. Which philosopher created the earliest known works studying Logic?

Aristotle's Logic remained unchanged until Bertrand Russell (20th century) improved upon Aristotle's work.
3. Plato's "Apology" is about a trial - whose?

Socrates was condemned to die by poisoning in 399 BC by his fellow Athenian citizens. The charge was corrupting the youth with his atheism.
4. St. Augustine was a Roman Catholic bishop of which city?

St. Augustine's conversion to Christianity is recorded in his "Confessions", standard reading in any good college education.
5. St. Thomas Aquinas referred to whom as "the philosopher"?

St. Thomas Aquinas' "Summa Theologiae" is highly logical due to Aristotle's influence.
6. Who is the "Father of Modern Philosophy"?

Descartes revolutionized philosophy by focusing on that which is personally verifiable.
7. Which philosophy had the most profound effect on the thinking of America's Founding Fathers?

John Locke wrote that the state exists to protect every man's fundamental rights: life, liberty, and the possession of property.
8. Which philosopher began the "Copernican Revolution" in philosophy?

Nietzsche wrote that traditional morality should be replaced. No longer should we speak about good and evil, but about weak and strong. All that matters is the "Will to Power".
10. He claimed to have solved all of the problems of Philosophy.

Wittgenstein believed that Philosophy's problems arose by the introduction of terms beyond human experience: "soul", "God", "substance", etc. He said that we should be silent regarding such things.
Source: Author shusem81 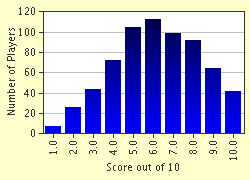 
Other Destinations
Explore Other Quizzes by shusem81