Philosophers In Their Own Words Quiz

In lieu of proper questions, I have provided three quotes from each philosopher which reveal the character of their unique ideologies.

Quiz Answer Key and Fun Facts
1. "God is dead. God remains dead. And we have killed him." "I teach you the Overman. Man is something that shall be overcome." "Whatever is done from love always occurs beyond good and evil." Which philosopher's quotes are these?

Nietzsche remains one of the most controversial and misunderstood geniuses in history. A great number of human tragedies such as the Holocaust and the Columbine shootings have been linked to his philosophy and yet anyone who reads his words finds wisdom, hope and a profound love of life that are light years away from the nihilistic atrocities associated with him.
2. "The present contains nothing more than the past, and what is found in the effect was already in the cause." "To exist is to change, to change is to mature, to mature is to go on creating oneself endlessly." "There is no greater joy than that of feeling oneself a creator. The triumph of life is expressed by creation." Which philosopher's quotes are these?

Henri Bergson's philosophy valued intuition over intellect. He believed in the life force or "elan vital" above all else and proposed a fascinating conception of evolution and time that he termed "Creative Evolution". Like those of Nietzsche, Bergson's ideas are still ahead of our time.
3. "Every man takes the limits of his own field of vision for the limits of the world." "The thing-in-itself, the will-to-live, exists whole and undivided in every being, even in the tiniest; it is present as completely as in all that ever were, are, and will be, taken together." "Compassion is the basis of all morality." Which philosopher's quotes are these?

Schopenhauer set out to "perfect" the ideas of Immanuel Kant, and in doing so created his own unique philosophical ideas. Prime importance is placed on an impersonal and all-pervading force in the universe that he calls "will". Because of the often grim implications of this tremendous, unsympathetic power having its way with us, Schopenhauer is often refered to as "the philosopher of pessimism".
4. "Act only on that maxim through which you can at the same time will that it should become a universal law." "Science is organized knowledge. Wisdom is organized life." "The history of the human race, viewed as a whole may be regarded as the realization of a hidden plan of nature to bring about a political constitution, internally, and for this purpose, also externally perfect, as the only state in which all the capacities implanted by her in mankind can be fully developed." Which philosopher's quotes are these?

Immanuel Kant was born, lived and died in the small town of Konigsberg, Germany, hardly ever venturing out past his own neighborhood and yet he conceived some of the most astounding and revolutionary ideas about metaphysics and ethics in history.
5. "A man's character is his destiny." "The road up and the road down is one and the same." "All is flux, nothing stays still." Which philosopher's quotes are these?

Heraclitus lived in the early part of the 6th century b.c. His ideas such as the unity of opposites, the inevitability of change, and relativity, still resound in our modern conception of the world.
6. "Nature never deceives us; it is we who deceive ourselves." "The person who has lived the most is not the one with the most years but the one with the richest experiences." "Man is born free, yet everywhere he is in chains." Which philosopher's quotes are these?

The first western philosopher to emphasize "feeling" over "reason", Rousseau cast an acutely perceptive critical eye upon, specifically, the society he lived in and, universally, on the world of men in general. He believed in the innocence and purity of the "state of nature.
7. "God is the cause of all things, which are in him." "Nature abhors a vacuum." "I have striven not to laugh at human actions, not to weep at them, nor to hate them, but to understand them." Which philosopher's quotes are these?

To over simplify, Spinoza expounded a type of modernized pantheism. He believed that everything was God and therefore everything was divine and immortal.
8. "Life can only be understood backwards. But it must be lived forwards." "There are, as is known, insects that die in the moment of fertilization. So it is with all joy: life's highest, most splendid moment of enjoyment is accompanied by death." "The more a man can forget, the greater the number of metamorphoses which his life can undergo, the more he can remember the more divine his life becomes." Which philosopher's quotes are these?

Kierkegaard is, along with Nietzsche, the progenitor of existentialism. His philosophy is that of the individual; the outsider, and its aim was to sweep away the abstractions and generalizations of the popular philosopher's such as Hegel. Kierkegaard, unlike most of his followers also found a place in his highly personal ideas for the concept of God.
9. "The soul of man is immortal and imperishable." "Democracy passes into despotism." "Behold! Human beings living in an underground den... Like ourselves... They see only their own shadows, or the shadows of one another, which the fire throws on the opposite wall of the cave." From which philosopher's writings are these quotes taken?

A student of Socrates and the teacher of Aristotle, Plato is regarded as one of the greatest thinkers ever to have lived. His highly poetic writings based on dialogues between Socrates and his various students, contained revolutionary ideas that supplied the blueprint for every philosopher that followed.
10. "Philosophy, as we use the word, is a fight against the fascination which forms of expression exert upon us." "The limits of my language mean the limits of my world." "What we cannot speak about we must pass over in silence." Which philosopher's quotes are these?

Originally set to become an engineer, Ludwig Wittgenstein turned to philosophy under the influence of Schopenhauer, Bertrand Russell and Gottlob Frege. He produced two distinct philosophies, the first being an extension of the Kantian/Schopenhauerian principles of attempting to establish the limits of human apprehension.

His second phase, focusing entirely on linguistic analysis, is perhaps the ultimate refinement of that field.
Source: Author unearth 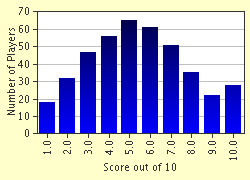 
Other Destinations
Explore Other Quizzes by unearth