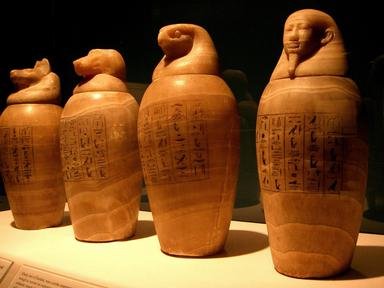 This quiz was written by a licensed funeral director to give the general public an insight into his profession.

Quiz Answer Key and Fun Facts
1. According to Arizona Motorcycle Escorts, what is the average speed a hearse should travel at while going in procession to the cemetery if the hearse takes surface streets (with a 30 MPH limit) through a city?

The safety of all parties involved in a procession is of the utmost of importance. At 23 MPH, you are not going so slow that you would cause accidents, yet you are going slow enough to control the entourage. Families generally think you are going slow to show respect for the deceased. Of course, we want to do that, however the main reason for that speed is to ensure the safety of those partaking in the procession.
2. Which way does the casket of a Catholic priest face during his funeral mass?


Answer: the foot end of the casket facing the congregation

It is done this way because, during life, the priest spent his time at the altar looking out into the congregation. Parishioners are done the opposite way (foot end of the casket facing the altar) because that was the position they held in the church during life.
3. There are usually four stars showing after properly folding the U.S. flag for a veteran of military.

There is no official regulation on the number of stars that are showing on a properly folded US Military Honor Flag. The only requirement is that it be folded a ceremoniously 13 times and that there be no red or white showing. The following is an excerpt from the US Air Force Flag Detail Manual:

As a military custom, the flag is lowered daily at the last note of retreat. Special care should be taken that no part of the flag touches the ground. The Flag is then carefully folded into the shape of a tri-cornered hat, emblematic of the hats worn by colonial soldiers during the war for Independence. In the folding, the red and white stripes are finally wrapped into the blue, as the light of day vanishes into the darkness of night.
4. How can a deceased person be transported across state lines if all necessary permits accompany him?


Answer: Any of these

The two important things here are the minimum protective container and the permit. The container could be anything from a cardboard/plywood constructed container all the way up to a bronze casket. I once served a family who constructed their own casket out of wood. We then placed their father in that casket.

The family then loaded the casket in the back of their pick-up truck and drove across state lines, with the permit, to the cemetery for burial.
5. What type of casket construction is acceptable for burial under Jewish tradition?

Traditionally, people of the Jewish faith are buried in all-wood caskets. They are usually dressed in an all white shroud, and a bit of "Holy Earth" (sacred dirt) is placed under their head.
6. What is the industry term used for going to get the remains of a person from their place of death?

The removal usually provides the funeral director with some interesting stories. Many times, family members will be present for these removals. With that in mind, we have to be on our best behavior, because the families can see the amount of care used with their loved one. You can imagine that we see all kinds of emotion on these removals. I've seen everything from wailing all the way to a celebratory type of atmosphere. We as funeral directors never know what we will come across when we go on a removal.
7. What is the average temperature that a human body is cremated at?

At this temperature, it takes the average case approximately 2 hours to be cremated. After the cremation, all that is left are bone fragments. These fragments can be somewhat large, so they are further reduced in size with a grinding machine. The cremated remains are not so much ash as they are small bone fragments.
8. What does the term "Thermal Reduction" refer to?

"Thermal Reduction" is a contractual term used by some funeral homes when they charge for having remains stored in their refrigeration units. This is not often incurred by the family. It usually comes about when a deceased is left in the care of a funeral home for an extraordinary amount of time, like several weeks or months.
9. Every state in the union requires the funeral director to have a license.

The state of Colorado does not require licenses for funeral directors.
10. Which of the following is NOT an inexpert test for death (that is a test to be used by non-medical professionals to determine death)?

The deceased's temperature may actually increase slightly just after death. It will then slowly cool down to room temperature. The "inexpert" tests can be used if a funeral director is not sure about the status of a person. Usually, there are medical people around to confirm death. Also, it is usually very evident when someone has passed.

Many times their eyes and mouths are wide open. Some times there is a discoloration of the skin. Normally, a funeral director can tell. These tests are used in the rare occasion when he can't tell.
Source: Author bearfan 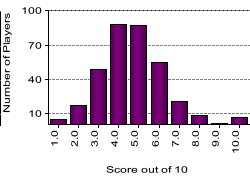 
Other Destinations
Explore Other Quizzes by bearfan