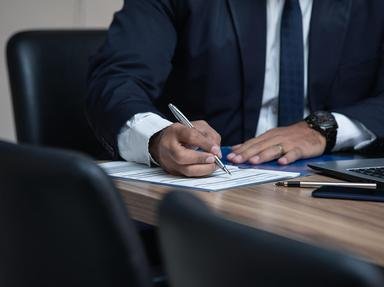 The world's foremost police special weapons and tactics unit, the Los Angeles Police Department's SWAT team was formed in response to a number of dangerous situations LAPD was not prepared for. How much do you know about this elite unit?

Quiz Answer Key and Fun Facts
1. When did SWAT get their first call-up?

December 9, 1969, saw the newly-formed SWAT unit serve a search warrant for illegal weapons at the headquarters building of the Black Panthers, an extremist, black superiority terrorist organization. A four-hour fire-fight ensued, resulting in injuries to three officers and three Panthers; the Black Panthers eventually - and wisely - surrendered.
2. Which LAPD inspector, and later chief, is credited with forming the LAPD SWAT?

Chief Gates retired in 1992, after a long, successful career. He was replaced by Willie L. Williams, the Department's 50th chief, and their first black chief.
3. What does SWAT stand for?

The SWAT concept was soon copied by departments across the country and indeed, the world, although SWAT units outside the US - and NYPD's - are usually known by different names. The Toronto Police Service, for example, fields the 'Emergency Task Force'.
4. What LAPD platoon is SWAT designated as?

In 1971, Metropolitan Division was organized into 'A', 'B', 'C', and 'D' platoons. SWAT was given the 'D' platoon designation, and formally adopted the acronym SWAT at the same time.
5. A standard entry team consists of how many officers?

An element leader, a scout, a rear guard, and two assaulters.
6. What is the proper name of an LAPD SWAT entry team?

SWAT as a whole is a "team." Assault - and sniper - teams are 'elements.'
7. Any LAPD officer can join SWAT.

The entrance examinations are brutal, and one must have served at least five years in the LAPD to join. Women, of course, are permitted, though as of July 7, 2003, none had passed the entrance requirements, which are identical for both genders.
8. What is the standard-issue sidearm carried by all LAPD SWAT officers?

Until 1984, it was also the issue sidearm of the US Army. LAPD uses a customized Springfield Armoury version with beavertail grips, a combat hammer, an eight-round .45 ACP magazine, and a SureFire tactical light.
9. What is the standard-issue entry weapon of assault element officers?

Considered by many to be the finest submachinegun on the planet, this German subgun is lightweight, rugged, incredibly accurate, and boasts a 30 round magazine. It's chambered in a 9x19mm parabellum, and has a cyclic rate of 900 round per minute. The MP5A2, the model LAPD SWAT uses, sports a solid stock, and a safe/semi-auto/automatic firing selector. Unlike some units, LAPD SWAT does not use magazine clamps, as they hinder accuracy and balance.
10. The rear guard of an assault element usually carries a ______ ?

The M1 Super 90 holds 5 rounds, feeding from a tube magazine and is semi-automatic. It will take all 12-gauge rounds up to 3" long, and SWAT often uses powdered steel rounds to breach doors without threat of injury to anyone on the other side. Other common rounds are 00 buckshot and solid slugs.
11. When an officer is accused of shooting in anger, what is the initial action taken by the LAPD?

Naturally, any time an LAPD SWAT officer discharges his firearm "in anger," a thorough investigation is conducted. Most of the time, the shooting is deemed in-policy, and the officer is soon back on duty.
12. Officers are trained to shoot to _____ ?

Not to kill, as is sometimes thought. They're not the military, and use the minimum amount of force needed to neutralize a dangerous situation. Bad guys are sometimes killed, but only as a last resort. SWAT officers will often sit around for hours on call-ups while the Crisis Negotiation Team talks with the suspects.
13. When not on a call-up, or training, SWAT officers patrol Los Angeles in two-man units. This is referred to by the LAPD as __________ ?

While performing their "crime suppression" duties, SWAT officers carry their SWAT gear so they can quickly assemble and respond to a call-up, if necessary.
14. The regulations governing the use of deadly force by SWAT officers are called the ________ ?

SWAT officers are only permitted to use deadly force - defined as a level of force likely to cause death or serious injury to a human - when the life of a hostage, civilian, or fellow SWAT officer is in imminent danger. Though they use equipment and tactics similar to those used by the armed forces, they are police officers, and are restricted in their use of deadly force by that. Deadly force can only be used after all possible alternatives have been exhausted, or are not possible - ie. if a suspect goes 'gun up' when the element locates him.
15. The two types of SWAT entries are known as __________ ?

Dynamic entries - via battering rams, shotgun breaches, or explosives, are often needed; when CNT negotiation fails, stalls, or is terminated by the suspects, or when serving certain warrants, such as those for drugs, which can be destroyed if not located and secured immediately. SWAT maintains an armoured vehicle for the purpose of breaching fortified structures, such as crack houses. It was purchased from the Department of Energy for a dollar, and SWAT armourers added a metal pole with a 2x3' plate, on which a smiley face was painted. 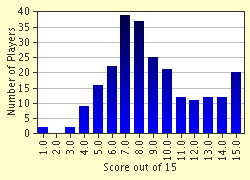 
Other Destinations
Explore Other Quizzes by CANSPock