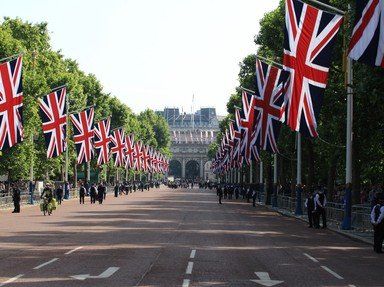 Match the King to the Queen Trivia Quiz

Just match the King to his consort. If you know English history it's not too hard.

Share on Facebook
Share on Twitter
Share by E-Mail
Author
avory
Time
3 mins
Type
Multiple Choice
Quiz #
11,334
Updated
Dec 03 21
# Qns
10
Difficulty
Average
Avg Score
7 / 10
Plays
4756
Awards
Top 35% Quiz
This quiz has 2 formats: you can play it as a or as shown below.
Scroll down to the bottom for the answer key.

Eleanor was previously married to the King of France and is probably England's most celebrated medieval Queen.
2. Edward II?

Isabella was very unhappily married to the homosexual Edward and eventually she and her lover, Roger Mortimer, deposed Edward and had him brutally murdered.
3. Edward III?

Philippa was the mother of the famous Black Prince.
4. James I?

Anne was the mother of the ill fated Charles I.
5. James II's second wife?

Mary and James were the parents of the Old Pretender, Prince James Edward Stuart. They were deposed in 1688 and went to live in exile in France.
6. George I?

George had his wife shut up in his castle of Ahlden in Hanover when it was discovered she was having an affair with the handsome Count Königsmark.The unfortunate Königsmark was murdered and buried under the floorboards of Sophia's bedroom.
7. George II?

Caroline disliked George having mistresses but accepted that it was part of the royal prerogative and actually handpicked her husband's lovers.She always made sure that the ladies were plainer than herself and had no interest in politics.
8. William IV?

William married Adelaide after having had a lengthy relationship with the actress Dorothy Jordan with whom he had ten children. The Hanoverians desperately needed legitimate heirs but unfortunately he and Adelaide had no children who survived infancy.
9. Edward VII?

Alexandra was very beautiful and enjoyed great popularity but Edward VII was a philanderer, his conquests including the actress Lily Langtry. Alexandra turned a blind eye and endured her husband's infidelity.
10. George VI?

Lady Elizabeth was, of course, the much loved Queen Mother.
Source: Author avory

This quiz was reviewed by FunTrivia editor bloomsby before going online.
Any errors found in FunTrivia content are routinely corrected through our feedback system.
Most Recent Scores
Jan 09 2023 : Guest 107: 9/10
Jan 02 2023 : polly656: 3/10 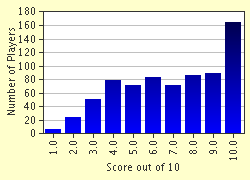