Most of us have seen Philippe Halsman's famous portraits of Albert Einstein and Marilyn Monroe. Take this quiz and learn about the fascinating life of the man behind the portraits.

Share on Facebook
Share on Twitter
Share by E-Mail
Author
pitegny
Time
4 mins
Type
Multiple Choice
Quiz #
379,648
Updated
Mar 09 22
# Qns
10
Difficulty
Average
Avg Score
8 / 10
Plays
271
This quiz has 2 formats: you can play it as a or as shown below.
Scroll down to the bottom for the answer key.

Philippe Halsman was born on May 2, 1906 into a Jewish family in Riga, the part of the Russian empire that would later become Latvia. Morduch (Max) Halsman, his father, was a dentist. His mother, Ita Grintuch, taught at and was later principal of a grammar school.

The world of photography opened to him at the age of 15, when he discovered an old camera of his father's in the attic. Essentially self-taught, Halsman's early experiments used his younger sister Liouba as a model. Halsman believed being autodidactic was positive.

His grandson, Oliver Halsman Rosenberg, would later quote him as saying, "I don't know the rules of photography, for if I did, I wouldn't be creative". Halsman began university studies in electrical engineering in Germany in 1924, but photography remained his passion.
2. The photographer Philippe Halsman was convicted of murdering which member of his family?

In 1928, Philippe Halsman was wrongly accused of murdering his father, who was killed while the two were hiking in the mountains of Austria. It was not the first such robbery and murder in the area; yet, despite a lack of evidence, Halsman was convicted of the crime.

Many believe that growing antisemitism in the region played a role. His first conviction and ten-year sentence were eventually overturned by the Austrian Supreme Court; a second trial resulted in a reduced charge of manslaughter with a four-year sentence. Thanks to tireless efforts by his sister and interventions by French and Austrian diplomats and notable European intellectuals, including Sigmund Freud, Thomas Mann and Albert Einstein, Halsman was pardoned after serving only two years of his sentence.
3. In which European city did Philippe Halsman establish his first portrait studio?

After his release from Austrian prison in 1930, Halsman joined his mother and sister who were living in France. He briefly continued his studies at the University of Paris, but also explored the world of photography on his own, experimenting extensively with lighting.

It was not long before he decided to abandon his studies and to become a professional photographer. He opened his first studio in 1934 in the Montparnasse neighbourhood of Paris. He soon found work with French magazines "Vogue", "Vu" and "Voilŕ", but increasingly focused on the portraits for which he would become famous. During his Paris years, he photographed many French artists and intellectuals, among them André Gide, Marc Chagall and Le Corbusier.

It was also during this time that he began to expand the boundaries of traditional portraits through the use of special lighting effects and photo montage.

In his 1938 portrait of Micheline Levy, a French actress, the eyes appear to glow in the shadows, as if lit from the interior.

Other photos from the period superimposed elements of multiple shots in a single portrait.
4. Which of the following inventions did Philippe Halsman design in 1936 to help him capture more quickly emotions on the faces of his portrait subjects?

Frustrated that existing cameras were too slow to capture fleeting emotions, in 1936 Halsman put his engineering background to use and designed a new twin-lens reflex (TLR) camera. According to his autobiographical material, the camera was built by the grandson of Alphonse Giroux, who in 1839 produced the first daguerre camera.

A refined version of the camera, the Halsman-Fairchild model, was manufactured beginning in 1946 by the Fairchild Corporation in the USA.
5. When France fell to the Germans in 1940, Philippe Halsman was able to immigrate to the United States with the assistance of which "relatively" well-known scientist?

In 1940, just before the arrival of the German army, Halsman's family was able to obtain visas and escape to the United States, but Halsman, who held a Latvian passport, was refused. The quota set for Latvian nationals under the US Immigration Act of 1924 was already full. Albert Einstein again played a key role in Halsman's life by intervening to have Halsman's name added to a special list of 200 artists and intellectuals that the New York-based Emergency Rescue Committee, with the support of Eleanor Roosevelt, were helping to obtain emergency visas.

The famous list was hand-carried to the American consulate in Marseille, France by an American journalist, Varian Fry, whose assignment was to find and to help those on the list escape. Years later, a Halsman portrait of Varian Fry would appear on the paperback edition of Fry's biography, "A Quiet American: The Secret War of Varian Fry".
6. Philippe Halsman is best known for which genre of photography?

From the outset of his career, Halsman was fascinated by human faces. He explained on numerous occasions that he saw the face as a reflection of the inner person and that his goal was to capture this. He is best known for his portraits that appeared on the cover of "Life" magazine beginning in 1942.

While sources differ on the number of "Life" covers attributed to Halsman, the official Philippe Halsman Archive states that he was responsible for 101. Halsman saw his portrait sessions as a form of interview and was known for asking question designed to provoke responses in his subjects. One of the best examples is his famous portrait of Albert Einstein, taken in 1947 and later used on the cover of the December 31, 1999 issue of "Time" magazine when Einstein was declared Person of the Century. According to the "Time" cover photo information, during the photo session Halsman and Einstein spoke about Einstein's work and the nuclear arms race. Just as the shutter snapped, Halsman asked the question, "So you don't believe that there will ever be peace?" Einstein's eyes in the photograph are filled with sadness.
7. In his first year in New York City, Philippe Halsman met and formed a lifelong friendship and collaboration with which surrealist artist known for his flamboyant moustache?

Halsman met Salvador Dalí, a fellow war immigrant, in 1941 when he was assigned to photograph one of Dalí's first American exhibitions. Over the next three decades, the two men would collaborate and mutually inspire each other in a wide range of projects designed to push the limits of photography and the imagination.

His portraits of Dalí were in themselves surrealistic, for example, Dalí's bodiless head emerging from the surface of a wooden table, Dalí with a human pyramid of naked women replicating a skull from one of Dalí's sketches, and Dalí's face superimposed over the melting watch from one of Dalí's most famous works.

In the early 1950s, Halsman produced a special series of portraits focusing on his friend's famous handlebar moustache, which were published in "Dalís Moustache".
8. Many of Philippe Halsman's most famous portraits were of which blonde American actress?

In 1949, Halsman was asked to photograph five young actresses and an ex-model to test their reactions to a range of imaginary situations, from laughing at a joke to kissing an imaginary lover; among them was Marilyn Monroe. Halsman recognized her talent and encouraged her in her acting career. Three years later, Halsman shot Marilyn's first "Life" magazine cover, capturing the sensuality for which she would become famous.

In 1959, Halsman did a second "Life" cover of Marilyn, this time with her jumping in the air. One of his last works featuring Marilyn was a montage in which he, at the suggestion of Salvador Dalí, superimposed the face of Marilyn over a portrait of Mao Zedong, at the time Chairman of the Chinese Communist Party.
9. In the 1950s, Halsman began a series of portraits with his subjects in movement. Which of the following words did he coin to describe this approach?

From 1952-1958, Philippe Halsman concluded each of his photo sessions by asking his subjects to jump. Movie stars, artists, authors, artists, scientists, politicians, businessmen and society figures were all among those who forgot their inhibitions long enough to make the leap.

Not everyone he asked jumped for him. Among the notable non-jumpers were Lord Mountbatten, United Nations Secretary General Dag Hammarskjold, J. Edgar Hoover, and Ed Murrow. Halsman compiled 179 of these jumps shots in "Phlippe Halsman's Jump Book", published in 1959.
10. While known for his photography, Philippe Halsman also published which of the following?

Halsman 's children's book, "Piccoli: A Fairy Tale", was published in 1953. The book about the adventures of a tiny little girl who is very strong, put into writing stories Halsman had invented for his own two daughters, Irene and Jane. The book was illustrated by Paul Julian.
Source: Author pitegny

This quiz was reviewed by FunTrivia editor bloomsby before going online.
Any errors found in FunTrivia content are routinely corrected through our feedback system.
Most Recent Scores
Jan 24 2023 : panagos: 10/10
Jan 16 2023 : griller: 10/10 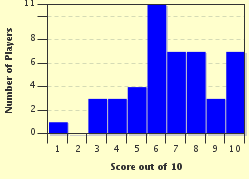 Related Quizzes
This quiz is part of series The Eyes Behind the Camera:

A few quizzes about famous photographers.


Other Destinations
Explore Other Quizzes by pitegny