The Beautiful One Has Come Trivia Quiz

One of the most mysterious and powerful women of the ancient world, is it possible that Nefertiti ruled Egypt outright after her husband's death? Let's see!

Quiz Answer Key and Fun Facts
1. Although her family ties are in dispute, some Egyptologists believe they may have found the father of Nefertiti! He was a vizier who eventually was named pharaoh after the death of his young charge. What was his name?

It is extremely difficult to trace family lines in ancient Egypt, due to the fact that members of the royal family often married relatives to keep the "divine bloodline" in the family. In the tomb of Ay, his daughter Mutnodjme is mentioned many times where she is called the "Sister of the King's Chief Wife".

Although she is not directly named as Ay's daughter, it is believed that she was, and that Nefertiti was her sister. In addition, Ay commonly called himself the "father of the God", which leads one to believe that he was, in fact, Nefertiti's father, and technically "father-in-law of the God"! A common theory is that her mother would have been a secondary wife, as his chief wife Tey, was never referred to as the "royal mother of the chief wife to the king"; since Tey is referred to as the "nurse" or "governess" of the king's wife, it has been proposed that she took over after the death of Nefertiti's birth mother.
2. Nefertiti was a member of the 18th Dynasty of ancient Egypt. What other famous pharaoh belonged to the same dynasty?

The young King Tutankhamun ruled Egypt with the help of his vizier, Ay. For quite some time it was theorized that Ay had indeed planned the assassination of the young king. Trauma to the skull, which some believed indicated a blow to the head, was apparent when the mummy was first unwrapped soon after its discovery in the 1920s. Since then, however, it has been decided that the condition of the skull was more than likely the fault of a careless embalmer; during a recent National Geographic study of the remains of the body, it was proposed that Tut had indeed died from an infection caused by a badly broken leg.

It is important to note, however, that a range of theories regarding Tut's cause of death continue to circulate among the scholarly community.
3. Who was the husband of the beautiful Nefertiti?

Amenhotep IV, the younger son of Amenhotep III and Chief Queen Tiye, became pharaoh after the death of the crown prince, Thutmose. It appears that he shared power with his father at least eight years before becoming pharaoh in his own right. Early in his reign, he sponsored building projects at Karnak and married the beautiful Nefertiti.

In fact, the Mansion of the Benben, one of the structures at Karnak, was dedicated to Nefertiti, and on the talatat, the decorated blocks used for construction at Karnak, she appears more often than her husband.

In some of the scenes she is depicted as a queen supporting her husband, however, in others she is shown defeating the enemy and decorating her throne with captives!
4. In the fifth year of his reign, Amenhotep IV changed his name and decided to move Egypt's capital to what city, which has also named the era he ruled in Egyptian history?

Amenhotep IV changed his name to Akhenaten, and moved his capital to a city of the same name, which is known as Amarna today. Located approximately 250 miles north of Thebes, Amarna became the center for the worship of Akhenaten's god, Aten. Represented as a solar disk, Aten was originally considered to be an aspect of the sun god, Ra.

However, during the reign of Akhenaten, the god became the focal point of a monotheistic religion. Aten was praised as the "creator, giver of life, and nurturing spirit of the world", in the "Great Hymn to the Aten" by Akhenaten.

The center of the cult of Aten was located at Amarna; today there is still much discussion regarding the subsequent banishment of the old gods. Some believe there is evidence that the religion of the time was more henotheistic: Aten was the principle deity, while the belief in many of the old gods was apparently retained.

The city of Amarana remained the center of Akhenaten's government, but was abandoned shortly after his death and was not rediscovered until the 1700s.
5. What does the changing of Nefertiti's name to Neferneferuaten-Nefertiti symbolize?


Answer: Her reverance for the new god, Aten.

It appears that both Akhenaten and Nefertiti took an equal role in establishing the cult of Aten at Amarna. Both served as priests; ordinary citizens could only gain access to Aten through them. Nefertiti's new name, Neferneferuaten-Nefertiti, means "beautiful are the beauties of Aten, a beautiful woman has come," and is thought to show her support for the new religious belief.

Some believe it is possible that Nefertiti ruled Egypt as a female pharaoh named Neferneferuaten for a couple of years after her husband's death.
6. Nefertiti was the only wife of Amenhotep IV.

Nefertiti was given the title, "Great Royal Wife", but she was not the sole wife; Kiya, a lesser wife is also noted. Some believe she may have been a foreign princess. While it is true that her titles "The Favorite" and "The Greatly Beloved" were complimentary, there is no indication that she was a royal Egyptian. During the last years of Akhenaten reign, she disappears entirely.

It is not known if she died or fell from grace, however, her name and images were erased from monuments at Amarna, and replaced with pictures of Akhenaten and Nefertiti's children.

In addition, it appears there were at least two others wives who were daughters of foreign rulers. There is much discussion as well regarding Akhenaten making his daughters concubines, as other pharaohs had done in the past, and it appears that one was made the "Great Royal Wife".

It is believed that Nefertiti had six daughters and Kiya had one, and while many believe that Akhenaten was the father of Tutankamun, the identify of his mother is still debated.
7. Some archeologists believe that Nefertiti held joint rule of Egypt with her husband. What evidence might prove this theory?


Answer: Any of these might be evidence to prove the theory.

For some reason, Akhenaten went to great lengths to depict his wife as an equal. She is shown wearing the pharaoh's crown. Allowing Nefertiti to practice the art of the priesthood gave her the power to give offerings to Aten. Adding her name to the royal cartouche? Totally outlandish! If Nefertiti was not co-ruler, then she must have been the most powerful consort in Egyptian history! Some believe that because Akhenaten suffered from health issues, such as poor eyesight, and he needed the help of someone he trusted.

Although it must be noticed that the Amarna period was like no other in Egyptian history, it must also be said that the status given to Nefertiti was unprecedented.
8. Nefertiti is pictured in Egyptian art as a loving wife and mother.

The Amarna Period is known for a revolution in artistic style. Akhenaton insisted that he and his family be portrayed realistically rather than in the highly formal style of the past. Consequently, he and his queen are shown together in many different ways - holding hands, riding in a chariot, kissing in public, and being a loving father and mother to six little girls.
9. Some Egyptologists believe that Nefertiti might have actually been the pharaoh who followed her husband as ruler of Egypt. What was his name?

For reasons unknown, Nefertiti disappeared from all depictions after twelve years. Did she suddenly die? Fall from favor? Some speculate that she became co-regent with her husband. Did she rule as the female pharaoh, Neferneferuaten, after her husband's death? Did she began dressing as a man, perhaps becoming Smenkhkare after that? It is possible that the name change indicates a reversal of her husband's religious policies, as the worship of Aten was abolished and a return to the old religion was begun?
10. Where is it be possible to view the famous bust of Nefertiti today?

The gorgeous bust of Queen Nefertiti was found in 1913 by a team led by German archeologist, Ludwig Borchardt. It is believed that it was found in the workshop of the royal sculptor, Thutmose. Borchardt had an agreement with the Egyptian government to divide artifacts found; the bust was part of Germany's portion. Wow! Loved by Hitler, who said, "I will never relinquish the head of the Queen", it was carefully protected and hidden. Today it attracts over 500,000 visitors a year to the Neues Museum in Berlin.
Source: Author ponycargirl 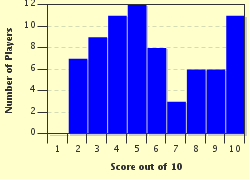