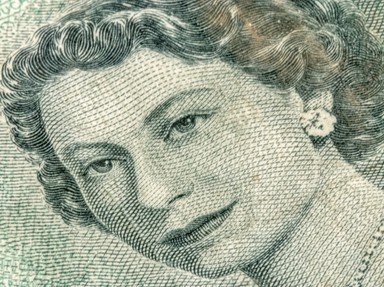 Giving gifts to a person is not a simple task. When the person to be presented was the Queen, this task became a challenge. In this quiz we will mention ten gifts that Elizabeth II received; you will have to identify the country that presented the gift.

On her first visit to Russia, from 17-20 October 1994, Queen Elizabeth II was presented by President Boris N. Yeltsin of the Russian Federation, with a white silver samovar, with two wooden handlers. The piece was made in the city of Tula, known for its metalworks.

The samovar is a large metal container used to heat water to make tea or coffee. Although originating in Russia, samovars are widely used in other cultures.
2. Copy of the Papal Decree about Saint Edward the Confessor

When Queen Elizabeth II met Pope Francis at the Vatican, on April 3, 2014, the traditional exchange of gifts took place. The Bishop of Rome gave the Queen a copy of the original Papal Decree, by Pope Innocent XI, dated May, 29, 1679, adding Saint Edward the Confessor, King and Confessor, festive day to the Church's calendar, which is celebrated every year on October 9.

Princess Elizabeth made her first trip abroad in 1947, in the company of her parents and sister. During this trip she celebrated her twenty-first birthday. On a visit to Southern Rhodesia (now Zimbabwe) in April 1947, the princess received as a birthday present "The Flame Lily Brooch", which was given to her by the country's children. "The Flame Lily", is a 301 diamond and platinum brooch, shaped like the national flower of Rhodesia.

In January 1952, the Princess traveled with her husband on the Commonwealth tour. On February 6, 1952, when she was in Kenya the trip was cut short due the death of her father. The following day, everyone could see Elizabeth, wearing black mourning clothes with the "The Flame Lily" brooch pinned in her coat, walking down the steps of the plane and stepping onto English soil as a monarch.
4. Two jaguars (Panthera onca)

On November first, 1968 Queen Elizabeth II, in the company of her husband, began her first visit to South America. She arrived in Recife, Brazil, and later went to Salvador, Brasília, Săo Paulo, Campinas and Rio de Janeiro. In Brasília, Brazil's capital, the sovereign was presented by the city's mayor with two Brazilian jaguars. The jaguars were named Aizita and Marques and were sent to England and cared for at ZSL London Zoo and Whipsnade Zoo.

The jaguar (Panthera onca) is the largest cat species in America and is closely related to Brazilian forests. Due to the drastic reduction of forest areas, environmental agencies currently consider the jaguar a vulnerable species. Brazil has no official national animal.
5. Burmese, the mare

During her reign, Queen Elizabeth II received numerous animals as gifts. Among them, the most beloved was certainly the black mare Burmese (1962-1990), which she received in 1969, when members of the Royal Canadian Mounted Police went to the United Kingdom to participate in the Royal Windsor Horse Show.

Burmese, who was a former Police Service Horse, was ridden by the Queen in her appearances in "Trooping the Colour" from 1969 to 1986, the year of Burmese's retirement.
6. Jumbo, the elephant

In 1972, Queen Elizabeth II received from Ahmadou Ahidjo, President of the Republic of Cameroon from 1960 to 1982, a seven-year-old African forest elephant, called Jumbo, to commemorate her silver wedding anniversary.

The animal was flown to England and weighed 589kg when it arrived and was taken to the London Zoo and later to the Whipsnade Zoo. Jumbo died in 1988.

On the topic of Queen Elizabeth II's trips, since she became head of the Commonwealth in 1952, she has visited all country members of the community, with the exception of Cameroon and Rwanda, who joined the community in 1995 and 2009 respectively.
7. "The Wattle" brooch

"The Wattle" brooch was a gift from the Government and People of Australia to Queen Elizabeth II during the Coronation Tour, on her first visit to the country in 1954.

The yellow and white diamond brooch has a form of a branch of wattle, the national flower of Australia, and tea tree blossoms. It is a very beautiful jewel that exudes energy. This brooch was worn by the Queen on countless occasions, not just related to Australia. In March 2021, she wore the brooch at the Centenary of the Royal Australian Air Force at the Air Force Memorial, Runnymede, in her first public appearance after months of confinement due to COVID-19.
8. Facsimile of "Book of Hours" and "postcards"

In July 2017, King Felipe VI and Queen Letizia, monarchs of Spain made a State visit to the United Kingdom. On this occasion the royals exchanged gifts. Queen Elizabeth II received from Felipe VI a facsimile of a "Book of the Hours" that belonged to King Felipe II of Spain, who was married to the English queen, Mary Tudor.

Elizabeth II also received a facsimile of the "postcards" that are part of the correspondence between Afonso XIII, great-grandfather of Felipe VI, and his wife, Queen Victoria Eugenie 'Ena', granddaughter of Queen Victoria. The gifts reflect the close relationship between the two royal families.
9. The 100-ft tall totem pole

In the south of Windsor Great Park, London, on the side of the Virginia Water Lake, one can see a tall Canadian totem pole. The pole was given to Queen Elizabeth II in 1958 by the Chief of the Kwakiutl people, to commemorate the centenary of British Columbia, which was proclaimed a Crown Colony in 1858 by Queen Victoria.

To create the pole, a 600 year old tree was used, which was carved by Mungo Martin, a famous craftsman. The totem pole weighs 12 tons and has a height of 100-ft, one foot per year. The present, to reach his destination, made a long journey across the Pacific, crossed the Panama Canal and the Atlantic and through the River Thames arrived in London where two trucks took it to its destination. Since the pole is a sacred object, only relatives of the original creator can do maintenance work on it.
10. "The Vessel of Friendship"

During the State visit of Xi Jinping, President of the People's Republic of China to the United Kingdom in 2015, he gave Queen Elizabeth II "The Vessel of Friendship", a replica of the treasure ship that was commanded by the navigator, explorer and diplomat Zeng He (1371-1433) of the Ming Dynasty.

The vessel replica, made of bronze, gold, enamel and hardwood, has cloisoné paintings and measures 85x56x28 cm. The bow of the ship is decorated with a medallion that has a dove and an olive branch, universal symbols of peace. The sides of the hull are decorated with elements found in Dunhuang's famous frescoes and other Chinese symbols, which represent peace and friendship.
Source: Author masfon

Related Quizzes
This quiz is part of series Masfon's Mixed Up Quizzes 9:

A selection of mixed up quizzes from various categories. I hope you have fun playing it


Other Destinations
Explore Other Quizzes by masfon