Where Have You Gone, Jimmy Hoffa? Quiz

Just some of the many theories on what happened to former Teamsters Union leader Jimmy Hoffa.

Quiz Answer Key and Fun Facts
1. The last known whereabouts of Jimmy Hoffa was on Wednesday July 30, 1975 at the Machus Red Fox restaurant in Bloomfield Township, a suburb of what U.S. midwestern city?

Hoffa was reportedly at the Machus Red Fox Restaurant to meet Detroit mob street enforcer Anthony Giacalone and New Jersey Teamsters official Anthony Provenzano. Hoffa arrived at the restaurant at about 2:00 p.m. on July 30, 1975. Thirty minutes later, when no one else had arrived, Hoffa phoned his wife (his last documented conversation) saying he would be late.

At 2:45 p.m. a truck driver witnessed Hoffa in the restaurant parking lot getting into a car with several other men. The FBI said Hoffa's disappearance was likely related to his efforts to regain power in the Teamsters after being released from prison when pardoned by President Richard Nixon in 1971.
2. In a 1989 magazine interview, mobster Donald "Tony The Greek" Frankos claimed that Hoffa's remains were buried under the west end zone of what football stadium?

Donald Frankos (aka "Tony the Greek") was a Greek-American mobster and associate of the Lucchese crime family. He is among several who claimed that Hoffa's body was taken to New Jersey where it was mixed into the concrete later used to construct the New York Giants football stadium in East Rutherford, New Jersey.

The Giants Stadium theory was tested by the Discovery Channel show "Mythbusters," which found no signs of a body in the area.
3. According to a 2004 book by Charles Brandt, Mob hitman Frank "Irishman" Sheeran confessed to killing Hoffa in a Detroit house. The title of that book references what euphemistic exchange reportedly used by someone looking to hire a hitman?


Answer: I Hear You Paint Houses

Seeking to assuage guilt, Sheeran contacted Charles Brandt (former Chief Deputy Attorney General of Delaware) and confessed to killing Hoffa and numerous others. According to Sheeran, Chuckie O'Brien (Hoffa's "foster son" whose relationship had become increasingly strained), Sheeran, and another mobster (Sal Briguglio) picked up Hoffa at the restaurant and drove to a house in Detroit in O'Brien's car. Hoffa and Sheeran went into the house, and O'Brien drove off with Briguglio. Sheeran says he then shot Hoffa (on orders of Pennsylvania crime family boss Russell Bufalino) twice behind the right ear and left the house. Sheeran said he was later told that Hoffa was cremated. (Or was Hoffa buried at a Pittston coal mine? See answer to question 4.)

The FBI did find skin and blood in O'Brien's car, but it could not be matched to Hoffa. Despite O'Brien's claim that Hoffa had never been in that car, the FBI did match hair found in the car to Hoffa's DNA in September 2001. In 2004, the FBI (investigating Sheeran's claims) found blood at the Detroit house but claimed tests showed it was not Hoffa's.

The phrase "I hear you paint houses" is a reference to blood sprayed on walls when someone is shot and killed.
4. Another theory claims that mobster Russell Bufalino contracted Jimmy Hoffa's murder and that Hoffa's body was subsequently buried in an abandoned coal mine shaft in the city of Pittston (Bufalino's homebase) in what U.S. state?

Pittston (a city in Luzerne County, Pennsylvania) flourished in the 1900s as a coal mining town. Pittston was the homebase of Russell Bufalino the boss of the Northeastern Pennsylvania crime family from 1959 to 1989. Some believe Bufalino ordered the hit on Hoffa after his cousin William Bufalino (then president of the Teamsters Detroit jukebox local) had a big falling out with Hoffa. William, however, claimed the CIA killed Hoffa (see question 8).
5. Some leads suggested that Jimmy Hoffa was buried in a Staten Island, New York landfill. That landfill was named for its location along the banks of what estuary, ironic given its purported link to Hoffa's disappearance?

Fresh Kills Landfill is located on the Fresh Kills estuary. Opened in 1947 as a temporary landfill, it later became New York City's principal landfill and was once the largest landfill in the world. "Kills" is the Dutch name for a stream or river and, despite the Hoffa rumor, the name of the estuary (and landfill) has no relation to murder.
6. One Teamsters official reported to the FBI that Jimmy Hoffa had "run off" to a South American country with "a black go-go dancer." Oddly enough, the name of the country referenced has the same name as the city of Hoffa's birthplace. Where Hoffa was born?

Hoffa was born in Brazil, Indiana on February 14, 1913. The Teamsters official told the FBI that Hoffa and the dancer had fled to Brazil. Despite the FBI's tough questioning, the tipster stuck to his story.
7. Now "cometh" infamous Mob hitman Richard Kuklinski. He claimed in a TV interview that Hoffa was "now a car bumper," because his body was dissolved in an acid tank used to rechrome car bumpers. A 2006 book by Philip Carlo claimed Kuklinski confessed to kidnapping and murdering Hoffa with four other men. What Kuklinski nickname did Carlo use for the title of his book?

The full title of Carlo's book on Kuklinski is "The Ice Man - Confessions of a Mafia Contract Killer." In an interview aired on CNN's "Larry King Live," Carlo discussed Kuklinski's confession in detail, explaining that the five-member team murdered Hoffa at the direction of Tony Provenzano, a captain in the Genovese crime family. Kuklinski claimed to have murdered between 30 and 200 people during his thirty-plus years as a hitman.
8. William Bufalino, a lawyer who represented the Teamsters and Jimmy Hoffa, claimed that Hoffa was killed by the U.S. Central Intelligence Agency to prevent Hoffa from disclosing the Mafia's involvement in a CIA alleged plot to kill what political leader?

William Bufalino (cousin of Pennsylvania crime boss Russell Bufalino) was a lawyer who represented the Teamsters and Hoffa personally. He defended Hoffa in seven criminal trials with five acquittals. William later broke off his relationship with Hoffa after realizing Hoffa was only out for personal gain and not the best interests of the Teamsters. William always denied being a member of organized crime.

After Mr. Hoffa's disappearance, William Bufalino said he believed that Hoffa had been involved in an effort by the CIA to arrange for American Mafia members to assassinate Fidel Castro, then the President of Cuba. Bufalino claimed Hoffa was killed to prevent him from disclosing anything about that alleged plot.
9. According to the 1992 film "Hoffa," Jimmy Hoffa was shot and killed in the parking lot of a small, isolated diner while sitting in the backseat of a car. How does the movie explain the disappearance of Hoffa's body from the scene?


Answer: the car was loaded into a truck and driven away

The 1992 film "Hoffa" was directed by Danny DeVito. Jack Nicholson starred in the title role. DeVito played Robert "Bobby" Ciaro, a composite character framed as Hoffa's longtime friend and aid.
10. The mystery surrounding Jimmy Hoffa may not be surprising given that his middle name is what?

James Riddle Hoffa was elected president of the Teamsters Union in 1957. In 1964, Hoffa was convicted of jury tampering, attempted bribery, and fraud and sentenced to 13 years in prison. He spent the next 3 years appealing his convictions. After receiving a pardon from President Richard Nixon, Hoffa resigned as Teamster president in 1971 and was released from prison.

At the time of his 1975 disappaerance, Hoffa was reportedly trying to regain power in the Teamsters Union. He was legally declared dead in absentia on July 30, 1982, seven years after his disappearance.
Source: Author amcoffice 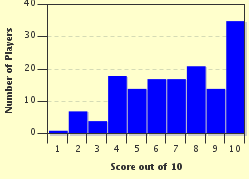 
Other Destinations
Explore Other Quizzes by amcoffice