Jobs in the Bible #2 Trivia Quiz

Take another shot at matching these Biblical characters with the jobs they had. Note: An answer may fit for more than one question but there is only one complete solution.

The Biblical character named Eli is found in the books of Samuel in the Old Testament. He was a High Priest to whom Hannah entrusted Samuel, the son that was given to her by God.
2. Ehud

Before the Israelites were led by kings, God appointed men as judges to guide the people. Ehud was one of the men appointed by God as a judge. He was used by God to deliver the Israelites from the Moabites.
3. Ahab

Ahab succeeded his father Omri as the king of Israel. Both he and his wife Jezebel were wicked in the eyes of God. They encouraged the worship of Baal and other idols while persecuting the prophets of God. Both died gruesome deaths.
4. Jonah

Jonah was a prophet who was commanded by God to go and preach to the people of Nineveh. When he disobeyed and went towards Tarshish instead, the ship he was travelling by was caught in a storm that only subsided after he was thrown overboard. After spending three days in the belly of a large fish, Jonah finally made his way to Nineveh.
5. Paul

Paul was originally born as Saul and had earned a reputation as a persecutor of Christians. An encounter with Jesus on the way to Damascus transformed his life. Adopting the new name of Paul, he spent the rest of his life preaching the word of God to both Jews and Gentiles.
6. Abel

Abel was the second son of Adam and Eve. He was a shepherd by profession and brought newborn lambs as an offering to God. When God approved of his sacrifice over that of his older brother Cain, the latter was filled with jealousy and killed Abel in a fit of rage.
7. Joseph

Joseph was blessed by God with the ability to interpret dreams. After spending time in prison under false charges, Joseph managed to find favour with Pharaoh when he was the only person in the entire kingdom who was able to satisfactorily interpret the king's dream. Pharaoh was so pleased with him that he put him in-charge of the entire kingdom, second in authority only to Pharaoh himself.
8. Uriah

Uriah was a soldier in the army of king David. After David committed adultery with Uriah's wife Bathsheba, he had Uriah sent to the frontline of the battle resulting in his death.
9. David

An armor bearer was an aide especially chosen by the king for his bravery and loyalty. David entered the court of the then King Saul as his armor bearer. Apart from these duties, he also played the harp for the king.
10. Luke

Luke was a physician who is credited with writing two books in the New Testament - the Gospel of Luke and Acts. The book of Acts is an account of the early Church and the lives of the apostles after the death and resurrection of Jesus.
Source: Author zorba_scank 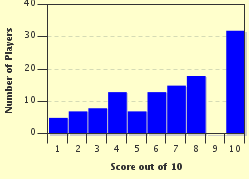