Without bats, balls and bails, cricket would just not be... well, cricket. This quiz takes a look at some of the great allrounders of the sport who have both batted, bowled and taken off the odd bail or two during their careers.

Quiz Answer Key and Fun Facts
1. Which former Australian captain became the first cricketer to complete the test double of 2000 runs and 200 wickets?

In 1963, Richard "Richie" Benaud became the first player to complete the test double of scoring 2000 runs and taking 200 wickets in test cricket. An accomplished lower order batsman and a fine close in fielder, Benaud was also a legspinner who was known for out-thinking and outfoxing his opponents. He finished his test career with 2201 test runs and 248 wickets.

However it was as captain of Australia that Benaud had his greatest success. His appointment as Australian captain in 1958 was somewhat controversial as there were those who felt that the then vice captain, Neal Harvey, should have been given the job. However, that year Benaud led Australia to a 4-0 series win over England to win back the Ashes. He went on to twice retain the urn. From 1958 until his retirement in 1964, Australia never lost a series under Benaud's captaincy.

He went on to forge a career in broadcasting and became known for his somewhat droll comments. He once opined that "the art of a great captain is the ability to win the toss at the right time".
2. Which South African player, famed for his exploits at Gloucestershire, had his international career curtailed after just seven tests due to his country's sporting isolation?

Between 1967 and 1970 Michael John "Mike" Procter played just seven test matches for South Africa, all against Australia, when his international career was abruptly curtailed by South Africa's isolation over its apartheid policies. However, in this short time, he took 41 wickets at an average of 15 runs and scored 226 runs to help South Africa to two successive series wins.

Procter played county cricket for Gloucetershire from 1965 to 1981 as their overseas professional. His career there was so successful that the team was lightheartedly referred to "Proctershire" by the fans. He was named as one of the Wisden Cricketers of the Year in 1970. He was a fearsome bowler with pace, a wicked bouncer and the ability to swing the ball both ways. His armoury also included the ability to bowl off-spin should the conditions require it. As a batsman he was both powerful and solid. In 1970 he joined Sir Donald Bradman and CB Fry in the record books by hitting six successive first class centuries for Rhodesia. He twice scored over 500 runs and took 50 wickets in a South African domestic season.

Mike Procter was the South African coach when they returned to the international scene in 1990. One can but wonder what he would have achieved as an international player had he been given the chance.
3. Which all-rounder came out of retirement to lead his country to victory in the 1992 World Cup at the age of 39?

A national hero and one of the world's greatest all rounders, Imran Khan led Pakistan to victory over England to win the 1992 World Cup at the age of 39. He had retired after the 1988 World Cup but returned to take over the captaincy of Pakistan at the request of the then president, Zia Ul Haq.

He was a fast bowler who was one of the first to use reverse swing as part of his arsenal of deliveries. He was also an aggressive middle order batsman and an inspirational captain. He is one of only a handful of players who have done the "Test Triple" of scoring 3000 runs and taking 300 wickets and he did it in just 75 test matches. He finished his test career with 3807 runs and 362 wickets. He was also prolific in the one day format taking 182 wickets and scoring 3709 runs in one day internationals.

He was named as one of the Wisden Cricketers of the Year in 1983 and was inducted into the ICC Cricket Hall of Fame in July 2010.
4. Which New Zealand all-rounder became the first bowler to take 400 test wickets?

In February 1990, Sir Richard Hadlee of New Zealand became the first player in test history to take 400 wickets and he achieved this in just 79 test matches. Cricket's "Sultan of Swing", Hadlee was a thoughtful and controlled bowler who beat his opponents with cunning as well as pace. He was considered to be one of the greatest exponents of bowling with the new ball. He finished his test career with a tally of 431 wickets which included 36 "five fors" and nine ten wicket hauls. He also added 158 one day international wickets to his tally. His best figures in a test match were 15/123 achieved against Australia in the 1985/1986 season. He was also a very able batsman who once scored a century from the No. 8 position and ended his career with a highest test score of 151 not out.

Hadlee received a Knighthood for his services to the game in 1990 and in April 2009, he was inducted into the ICC Cricket Hall of Fame.
5. One of the most charismatic characters ever to play the game, which English cricketer was affectionately known as "Beefy"?

Sir Ian "Beefy" Botham was one of the most charismatic players to grace a cricket field. Often controversial, undeniably talented, love him or hate him, Botham was not the sort of person who could be ignored. He was an intimidating swing bowler, a fearless batsman and an effective slip fielder. In 102 test matches for England he scored 5200 runs, garnered 383 wickets and took 120 catches with fourteen centuries and a top score of 208. He was also the first player to both score a century and take ten wickets in a test match. His performance with both bat and ball in the 1981 Ashes led to the series being dubbed "Botham's Ashes".

Botham was named as one of the Wisden Cricketers of the Year in 1978 and he was inducted into the ICC Cricket Hall of Fame in August 2009. He was knighted for his services to charity in 2007.
6. Which Indian all-rounder and captain was named by Wisden as the "Indian Cricketer of the Century" in 2002?

Kapil Dev, one of the greatest all-rounders the game has seen, was named by Wisden as its "Indian Player of the Century" in 2002. Nicknamed the "Haryana Hurricane", he led India to its first ever World Cup victory in 1983 and is credited for changing how the one day game was perceived in India. A swashbuckling batsman, his innings of 175 not out against Zimbabwe in the 1983 World Cup when India were reeling at 17/5 has been described as "one of the most significant centuries ever in the one day game". As a bowler, his strength lay in his ability to move the ball rather than sheer pace. This movement was particularly effective against tail-enders.

His statistics speak for themselves. He was a mere 21 years of age when he achieved the test double of 1000 runs and 100 wickets. With 434 test wickets and 5248 runs, he is one of a handful of players who have scored over 5000 runs and taken more than 400 wickets in test matches. Add to this 3748 runs and 253 wickets in one day internationals and it is no wonder that he was inducted into the ICC Cricket Hall of Fame in March 2010.
7. Which Australian wicketkeeper batsman won World Cup titles in 1999, 2003 and 2007?

Widely considered to be one of the best wicketkeeper batsmen of all time, Adam Gilchrist won successive World Cup titles with Australia in 1999, 2003 and 2007. He also had the distinction of scoring over 50 runs in three successive World Cup finals. In the 2007 World Cup, he smashed 149 off 106 balls against Sri Lanka in the final which included thirteen fours and eight sixes. This innings epitomized the aggressive batting style of Gilchrist. He was also the first player to hit 100 sixes in test match cricket. He scored 5504 test match runs at an average of 47.6 over his test career, a formidable achievement for a wicketkeeper. He also scored 9617 runs in his one day international career. His top score is an undefeated 204 against South Africa, although, as a South African, I would prefer not to remember this fact.

With the gloves on, he was a consistent performer, pouching 379 catches and effecting 37 stumpings over the course of 96 tests. His one day international tally is equally impressive with 417 catches and 55 stumpings. Gilchrist was named as one of Wisden's Cricketers of the Year in 2002 and was made a Member of the Order of Australia in 2010 for his services to cricket.
8. Which English all-rounder was named the 2005 BBC Sports Personality of the Year?

One of the great characters of the game, Andrew "Freddie" Flintoff was elected BBC Sports Personality of the Year in 2005, the first cricketer to be so honoured since Ian Botham in 1981. This was the year he helped England to regain the Ashes after an eighteen year drought. In this series, Flintoff was in the form of his life when he scored 402 runs and took 24 wickets in five test matches. His performance at the second test at Edgbaston led Michael Vaughan, the England captain, to dub the match "Fred's Test".

Although his career was blighted by frequent injury, Flintoff was a genuine all-rounder as a pace bowler, an attacking batsman and an accomplished slip fielder. He scored 3845 runs and took 226 wickets in the 79 tests he played. He also played 141 one day internationals with a tally of 3394 runs and 168 wickets. He was named as one of Wisden's Cricketers of the Year in 2002 and appointed a Member of the British Empire in 2005 for his role in that year's Ashes victory.
9. Which South African all-rounder became the the second player to reach the test milestone of 8000 runs and 200 wickets?

Jacques Kallis was the second player after the legendary Sir Garfield Sobers to reach the test milestone of 8000 runs and take over 200 wickets. Kallis and Sobers shared another record in that both men notched up over 100 test catches. He was also the first player to score over 11000 runs and take 250 wickets in both test matches and one day internationals. A mainstay of the South African side, he gave rise the saying by South African fans that "as long as Jakes is still there, we'll be fine".

In 2007 he scored five centuries in four tests and, in 2008, he was named as "Leading Cricketer in the World" by Wisden. In 2013 he was also made one of Wisden's Cricketers of the Year.
10. After which West Indian all-rounder was the ICC World Player of the Year trophy named?

Sir Garfield "Gary" Sobers of Barbados is considered by many to be the greatest all-rounder in the game of cricket. When the International Cricket Council (ICC) instituted their new World Player of the Year award in 2004, they honoured him by naming the award the Sir Garfield Sobers Trophy. It is not hard to see why they made this choice. A prolific left handed batsman, he scored 8032 runs in 93 tests at an average of 57.78. In addition, he had the ability to bowl both medium pace and two types of spin, orthodox and wrist, which garnered him 235 test wickets. He was a superb and versatile fielder who excelled in close catching positions. When he made his maiden test century for the West Indies against Pakistan in 1958, he went on to score 365 giving him the highest score ever made. This record stood for 36 years until broken by fellow West Indian, Brian Lara in 1994. He also captained the West Indies from 1965 to 1972.

In 1975 he was knighted by Queen Elizabeth II for services to cricket and in 1998 he was named as one of the National Heroes of Barbados.
Source: Author KayceeKool 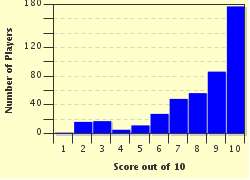