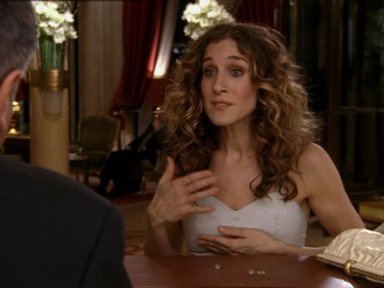 Fans of 'Sex and the City' may be sad that the series has now come to an end but here's a quiz which may interest you. Not all questions can be answered by simply watching the show. Enjoy!

Quiz Answer Key and Fun Facts
1. Sarah Jessica Parker has a no-nudity clause in her contract.

Notice how although Carrie (Sarah Jessica Parker) has filmed numerous bed scenes, she is never topless.
2. Which of the girls was featured in 'Friends' as Joey's short-term love interest, Erin?

Charlotte (Kristin Davis) starred as a woman whom Joey dated in a season 7 episode entitled 'The One With Ross's Library Book'. In addition to this appearance, Kristin formerly starred in 'Melrose Place' as Brooke.
3. Which of the girls played Annie in the Broadway production?

SJP studied ballet at the Cincinnati Ballet and American Ballet Theatre and also sang with the Metropolitan Opera. She also starred in a New York production of 'The Sound of Music' with her siblings. She played Annie in 1979, replacing the original star Andrea McArdle.
4. Cynthia Nixon (Miranda) is a natural blonde.

Miranda is a redhead and Cynthia Nixon has been dying her hair since the series began.
5. What was the Charlotte's original surname in Candace Bushnell's book 'Sex and the City'?

The name was changed to York for the TV production.
6. Which of the stars speaks fluent German?

Kim (who plays Samantha in the show) was born in Liverpool, England but moved to Canada as a baby. Her linguistic skills resulted from her marriage to German architect Andreas Lyson (1982 -1989).
7. Which recurring guest star owns a New York nightclub called 'The Cutting Room'?

Chris Noth (Mr. Big) is based on a previous publisher of 'Vogue' magazine who dated 'Sex and the City' creator Candace Bushnell and married shortly after their relationship ended.
'Noth' rhymes with 'both', not 'moth'.
8. Which recurring guest star worked in a steel factory before joining the cast?

John Corbett was forced to give up work after an accident.
9. Willie Garson (Stanford) and Sarah Jessica Parker knew each other before 'Sex and the City' began.

Willie Garson isn't really gay. He and Sarah Jessica Parker were set up on a blind date years before 'Sex and the City' began.
10. Which of the girls has dated Robert Downey Jr. and the late John F. Kennedy Jr?

Sarah Jessica Parker met her husband Matthew Broderick while he was directing her brother Timothy in a play. I hope you have enjoyed playing this quiz! Well done if you got 10/10.
Source: Author miss g 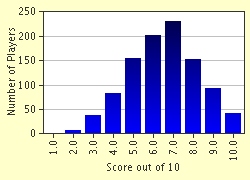 
Other Destinations
Explore Other Quizzes by miss g

More Sex And The City Quizzes