This is a quiz on my favorite show, "Scrubs". I hope you enjoy it!

Quiz Answer Key and Fun Facts
1. Which college did JD and Turk attend together?

JD and Turk attended college and medical school together and were eventually accepted to the same hospital as well.
2. Which of the following characters is not revealed to be a Republican?

Elliot and Keith discover they have more common ground when they find out they are both Republicans. Dr. Mickhead was revealed to be a Republican in a separate episode.
3. What dance does Turk perform when he is selected to accompany Dr. Kelso to the medical conference in Mexico?


Answer: In Your Face Dance

When Turk performs this dance during surgery, Carla mistakenly belives that Turk has become attracted to one of his rival surgeons. She belives that he was doing the "Come and Get Some of This Dance" instead.
4. In the season six episode "My Musical", what does Turk claim Derek Jeter's batting average was in the song "For the Last Time, I'm Dominican"?

JD and Turk decide to cover extra shifts in order to create the greatest crime-fighting medical team ever, Turner and Hooch.
6. What identity does Janitor use online when he posts JD's videos from Dr. Acula?

Ironically, when confronted by JD Janitor points out that there is a doctor at the hospital named Dr. Rotinaj.
7. What rank did Dr. Kelso hold in his graduating class at Stanford Medical School?

Dr. Kelso claims that he graduated 3rd in his class, but one of his patients quickly finds on the Internet that he actually graduated 12th.
8. What name does Dr. Cox ask Elliot to call JD over the phone?

Much to Elliot's surprise, JD responds to the name Betty when she says it over the phone.
9. In the season five episode "My Big Bird", which doctor was found to be responsible for not detecting the patient's pulmonary embolism at the Morbidity and Mortality Conference?

Although it was believed that either Turk, JD, Elliot, or Carla caused Mr. Foster's death, it was later revealed by Dr. Murphy that the radiologist was actually the one at fault.
10. What sport does JD think Stephon Marbury plays?

Turk: "I think the Knicks have a chance this year with Stephon Marbury...Do you even know what sport I'm talking about?"
JD: "I wanna say tennis..."
Source: Author yanksgiants89 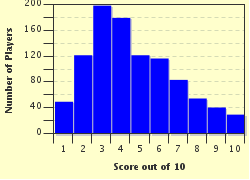 
Other Destinations
Explore Other Quizzes by yanksgiants89