"Scrubs" is one of the best shows on TV, consistently funny and dramatic. Over its many seasons, many famous folks have appeared on the show. Here are some questions about these appearances.

Quiz Answer Key and Fun Facts
1. John Ritter, star of "Three's Company", appeared on "Scrubs" as a relative of J.D. How was he related?

This was one of John Ritter's last appearances before his passing. His appearance reminded J.D. that great things can come from humble beginnings, as J.D. himself became a doctor thanks to his father's hard work as a salesman.
2. Colin Farrell, star of "Alexander" and "Phone Booth", starred as Billy Callahan in the episode "My Lucky Charm". When J.D. and Turk first met him, they assumed he was Irish, but Billy puts on an American accent and tells them he is from where?

This represented one of the main themes of the episode, that you can't judge a book by its cover. Colin's character is in fact Irish, but this little interchange sets up the rest of the episode.
3. Michael J. Fox, star of "Back to the Future" and "Family Ties", starred in two episodes ("My Catalyst" and "My Porcelain God") as Dr. Kevin Casey, a star surgeon. The fact that he is such an excellent surgeon is amazing, considering the character has what condition?

By the time these episodes were filmed, Michael J. Fox was suffering from Parkinson's and the producers used the OCD angle to explain Mr. Fox's behaviors. But the character was very inspirational, showing that hard work can overcome any obstacle.
4. Matthew Perry, star of "Friends", starred as a son whose father needed a kidney transplant. When Matthew Perry's character found that this man wasn't really his father, one of his gripes was he hated the name he was given because it sounded like an old man's name. What was the character's name?

Even though Murray finds out that the man he thought was his father really wasn't, he learns to accept him as his father because of the love he was always shown, despite the fact the father knew Murray wasn't his.
5. Michael Learned, star of "The Waltons", plays a patient named Mrs. Wilk who touches everyone's heart by her positive attitude and her warm, motherly manner. To show their love for her, they bring by one of her favorite sports legends to visit her. What sports legend made the cameo?

Mrs. Wilk is a big fan of the NBA. J.D. tries to impress her by bringing her a DVD signed by Kareem, but then Keith one-ups him by bringing in Kareem himself. He tells J.D. that the signature on the DVD isn't from him, which places J.D. in an awkward position indeed. Great episode!
6. When the character of Mrs. Wilk is about to pass away, even the doctors take it hard. They are helped by a grief counselor named Dr. Hedrick, who actually shows up in quite a few episodes. Which comic actor plays Dr. Hedrick?

Dave Foley, star of "Kids in the Hall" and "News Radio", appears as grief counselor Dr. Hedrick. Mr. Foley's blend of comic timing with poignant moments that touch you compliment what "Scrubs" is all about.
7. In the episode "My Missed Perception", Elliot shows her driver license to somebody. The comment is made that she looks like a particular famous person in her photo. Then in a funny gag, Elliot walks by the actual person doing a cameo as a doctor who comments, "Yeah, they say the same thing about me." Who is this famous person?

Gary Busey, star of "Lethal Weapon" and "Point Break", is known for having a wild look about him, so to say Elliot looked like him was probably not a compliment!
8. Richard Kind, who starred as Paul Lassiter in "Spin City", made an appearance in four episodes of "Scrubs". He plays a hypochondriac who constantly plagues the staff of Sacred Heart with his many imaginary ailments. We actually find out his character shares a name with a famous actor. What is the character's name?

When they find out his name, he replies that it doesn't get him as many women as you might think. Too funny!
9. When the "Scrubs" cast finally lay down the law and try to tell Richard Kind's character to back off his obsessive ways, he replies by hiring a lawyer played by Juliana Margulies to sue for malpractice. Which character was specifically being sued for malpractice?

Juliana Margulies, star of "Canterbury's Law", plays a tough as nails lawyer who nevertheless starts sleeping with J.D. This puts J.D. in an awkward position of literally sleeping with the enemy.
10. During the second season, Heather Locklear, star of "Melrose Place" and "T.J. Hooker", stars as a love interest of Dr. Cox. What is her character's job?

She serves as a pharmaceutical rep for the fictional drug Plomox. This drug's name appears several times throughout the series. So many more stars came on "Scrubs", but we'll save those for another quiz...
Source: Author jc1873 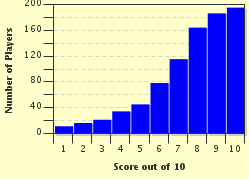 
Other Destinations
Explore Other Quizzes by jc1873