My second "Scrubs" quiz based, as you may guess, on the 4th season. Good luck!

Quiz Answer Key and Fun Facts
1. Where did JD grow up?

In season 4, episode 2, JD makes friends with a furniture moving company worker and the worker has a very strange knowledge of JD's early years including his hometown.
2. How many inches shorter than Ted is his brother?

Ted is revealing to Dr. Cox and Jordan that they are still married. During this time he remarks that his ex wife is with his brother who is 9 inches shorter but wears a hair piece.
3. Which game of Turk and JD's became "all about the money"?

Unfortunately for those of us who love watching their games, Play-Doh Pants was never seen, only mentioned.
4. What are Papa Smurf's three keys to leadership as described by Turk?

Dr. Cox says he is going to be using the name Rosalita.
6. In episode 411, Dr. Cox warns JD about getting to close to his patients. At this point, JD flashes back to a time where he was handcuffed to one of his patient's radiators. What show does JD's patient make him watch?

"Sex and the City" is never mentioned in the show, however JD has said at different times that he loves both "The Gilmore Girls" and "Grey's Anatomy."
7. Who were the original members of the brain trust?

This is the only time the brain trust is made up of only three people. Other members of the brain trust later on in the show are Crazy Eyes Margo, Doug, Todd and Ted.
8. What class did Elliot use as an excuse to flake on plans with Carla?

Elliot uses a lot of foreign languages in the show, including French and German.
9. Dr. Kelso tried to show off to his metabolic syndrome patient by saying he graduated first in his class at Stanford in 1972. His patient looked him up on her PDA and found that he actually graduated at which rank in his class in which year?

Nurse Roberts tries to explain to Kelso how his patient figured it out and he says he isn't interested in her 'street lingo.'
10. How does Turk introduce himself to JD the first time they meet?

At this point we get to see how geeky JD was with his Dungeons and Dragons setup in their dorm room, or as he called it, their 'lair.'
Source: Author seanish 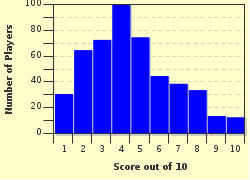 
Other Destinations
Explore Other Quizzes by seanish