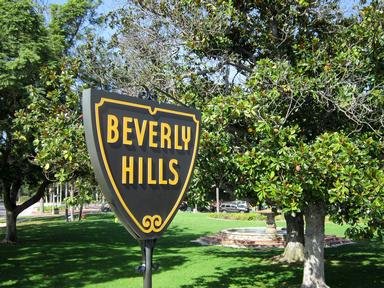 This is about my favorite couple on "Beverly Hills 90210" Brenda and Dylan.

Quiz Answer Key and Fun Facts
1. What were Brenda and Dylan's last names?

The names are Brenda Walsh and Dylan McKay of course.
2. What hotel were Dylan and Brenda outside of when they first kissed?

Brenda and Dylan went to Dylan's hotel room, but when they got there Dylan's father was home and he and Dylan had a fight. So Brenda and Dylan left and outside the hotel he yells at her and breaks the plant and scares her, and she runs away, then he chases after her and tells her he's sorry and he's crying about his father and how he doesn't know what to do about him and they hug and she tells him it's okay, then they look at each other and kiss.
3. Dylan dated Kelly before he started dating Brenda.

He didn't, not yet anyway, Kelly wanted Dylan but Dylan wanted Brenda instead.
4. What dance where they at right before they had sex for the first time?

Dylan got a hotel room where the dance was at. After a few dances Brenda and Dylan went up to the room.
5. Brenda wound up getting pregnant.

She thought she was and she went to a clinic and she found out while she was there that she wan't pregnant. After her parents found out, and because of this she was scared and broke up with Dylan.
6. After breaking up for the first time in "Home Again", why did Brenda break up with Dylan that next time?


Answer: The thought of being pregnant scared her and she needed time.

They broke up in Dylan's car at the beach. She told him she was scared and needed time. It was very hard on Dylan he didn't want to break up. She broke up with him the first time because Jim was moving the family back to Minnesota, and Brenda knew it would harder to lose him from far away.
7. In the episode when Dylan got hurt surfing, who caught Brenda and Dylan making out on the sofa?

Dylan was injured in a surfing accident and had no to take care of him, so Mrs. Walsh said she would take him home and take care of him, but Brenda and Mr. Walsh didn't think it was a good idea. And one day when everyone else was out Brenda came home and one thing led to another and they stared kissing and Mr. Walsh walked in and caught them.
8. What was the name of the girl that Brandon and Dylan both dated, and Brenda thought slept around?

Dylan dated Emily and Brenda got jealous and realized she loved Dylan and wanted him back. At the end Brenda and Dylan wound up making up and getting back together again.
9. When Dylan started drinking again, Mr. Walsh told Brenda she couldn't see Dylan until he got his life back together.

It's true, Dylan started drinking again because he couldn't stand living with his mother.
10. What did Brenda and Dylan dress up as on Halloween?

They were going to a Halloween party. And Dylan didn't want to dress up until he saw the Clyde costume.
11. What did Dylan plan for Brenda on Valentine's Day?


Answer: Giving blood and a play

They gave blood because Dylan was in a accident when he was a little boy on Valentine's Day and needed a lot of blood and he wanted to give some back.
12. In the cardio funk episode Brenda and Dylan both kissed someone else, what were their names?

Dylan met Sarah officially at AA, though he knew her previously through surfing. Brenda met Tim at her cardio funk class.

Heather McAdam played Surf Betty/Sarah in second ever episode, "The Green Room" (when Dylan first met her and Brandon) and again in the seasopn 2 episode "Cardio-Funk".
13. Where did Brenda and Dylan go away for the weekend?

Brenda wasn't allowed to go, but she went anyway without permission, then on the way back they got stopped at the boarder and Brenda didn't have any ID and they had to call her parents.
14. When Brenda came back from Paris she told Dylan about Rick, did Dylan tell her about Kelly?

He didn't tell her, but she told him. She said that if he was with someone else it was because she was there and he was here.
15. Did Dylan and Brenda wind up together on her last episode?

She went to see him and told him she still loved him, and she said, I won't be gone forever, give me something to come back to. Then he went over to her and they kissed and sank to the floor.
Source: Author KT82 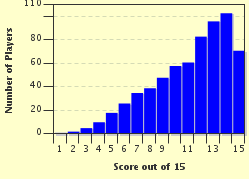 
Other Destinations
Explore Other Quizzes by KT82