We all love the ditsy Phoebe Buffay! But now let's see how much you actually know about this wonderfully comical "Friends" character.

Quiz Answer Key and Fun Facts
1. How old was Phoebe when her mother killed herself?

Many of Phoebe's folk-songs are about her mother's suicide! Poor Phoebe was homeless by the time she was 14!
2. According to Phoebe, someone dies whenever she goes to what kind of office?

The last time Phoebe went to the dentist's office, she thought she killed Ugly Naked Guy. That's when the giant poking device came into use.
3. What TV station does Phoebe despise?

This is because when her mother killed herself, Phoebe wrote to PBS and all they did was send her was a keychain!
4. What is Phoebe's deceased mother's name?

Phoebe planned to get a tattoo of a lily, honoring her mother. However, in the end, she chickened out.
5. What does Phoebe want her tombstone to read?

Phoebe's taste is so intriguing!
6. Phoebe has never eaten meat.

Phoebe ate meat when she was pregnant with the triplets. To compensate, Joey became a vegetarian for that period of time. Monica also comments on how Phoebe "ate a hamburger" after Duncan [her gay ice dancer husband] moved away.
7. How long was Phoebe living with her grandmother before Monica even found that she had moved out?

This was mentioned in "The One With the Flashback." Phoebe wanted to be in a land where she could spill.
8. Which of these was never one of Phoebe's occupations?

Phoebe worked as an extra on Joey's show when in need of some extra money. She worked as a telemarketer at Empire Office Supplies when she saved Earl's (Jason Alexander's) life.
9. Where does Phoebe keep the ashes of her dead grandmother?


Answer: In her taxi cab

We find this out in "The One With Joey's Big Break." On his way to Las Vegas, Joey finds the the box containing the ashes because it kept sliding out from under the seat.
10. Who does Phoebe think her grandfather is?

When Phoebe leaves her grandmother's apartment, we see her say "Wish me luck, Grandpa!" to a picture of Albert Einstein.
Source: Author Smellykat 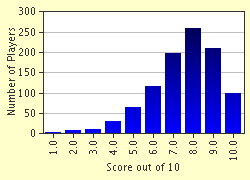 
Other Destinations
Explore Other Quizzes by Smellykat