This is a quiz on one of the best characters in 'Friends'. Phoebe's great! Enjoy!

Share on Facebook
Share on Twitter
Share by E-Mail
Author
Fone
Time
3 mins
Type
Multiple Choice
Quiz #
174,906
Updated
Dec 03 21
# Qns
10
Difficulty
Average
Avg Score
8 / 10
Plays
5929
This quiz has 2 formats: you can play it as a or as shown below.
Scroll down to the bottom for the answer key.

Quiz Answer Key and Fun Facts
1. What was the name of Phoebe's first husband?

He was a gay ice dancer and only married her to get his green card.
2. What is the name of the woman in Phoebe's painting, which Mike told her to get rid of?

Rachel and Monica were fighting over who would be forced to have it so Phoebe made another one, thinking that they would be pleased!
3. Are the names of the triplets Phoebe gave birth to Frank Jr Jr, Lesley and Chandler?

They were Frank Jr Jr, Lesley and Chandler. Upon discovering two girls instead of two boys, Frank and Alice couldn't think of another girl's name so they kept the name Chandler.
4. What does Phoebe say Monica uses too much of in her restaurant?

Monica says Phoebe can't sing outside her posh restaurant so Phoebe argues with her about her small portions and over-use of garlic.
5. What are the two men Phoebe has to choose between named?

Vince was a firefighter and Jason was a schoolteacher. Phoebe couldn't decide who she liked best because Vince was good-looking but Jason was sensitive.
6. Did Mike try to propose to Phoebe?

He tried in Barbados, at a basketball game, in a cake and finally proposed to her in a restaurant where she accepted.
7. What was the name of Phoebe's boyfriend who went away to Minsk?

He didn't want to go, but Phoebe urged him to at a New Year's party.
8. Who did Phoebe kiss on her 31st birthday?

He gave her the perfect kiss because she found out she was a year older than she thought.
9. Which animal did Phoebe believe her mother was reincarnated as?

She was reluctant to give the cat back when its owners were looking for it.
10. How did Phoebe meet Mike?

Joey forgot to find anyone to set Phoebe up with so he went into Central Perk and called out 'Mike!' in the hope of finding anyone to go out with Phoebe.
Source: Author Fone 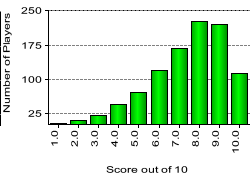 
Other Destinations
Explore Other Quizzes by Fone