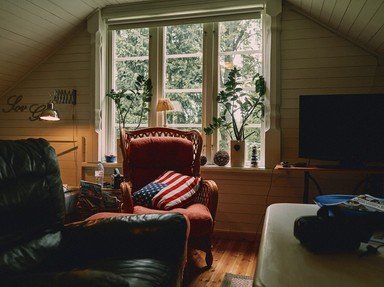 The "Starsky and Hutch" television series produced 92 episodes and aired from April 30, 1975 to May 15, 1979. The California police detectives were played by Paul Michael Glaser as Detective Dave Starsky and David Soul as Detective Ken "Hutch" Hutchinson.
2. An international spy series with handsome undercover operatives set in the 1960s attracted a large following of viewers. Their enemy was the T.H.R.U.S.H. organization which was determined to take over the world. Actor Robert Vaughn played the role of Napoleon Solo and David McCallum played the role of Illya Kuryakin. Name the series.

"The Man From U.N.C.L.E." television spy series aired from September 22, 1964 to January 15, 1968. The show's story line involved a great number of action scenes. Gadgets and props used in the series became so popular that many were manufactured and sold as toys. Communicators, fountain pens and other spying equipment used in the series are presently valuable memorabilia at the Central Intelligence Agency's museum.
3. A detective series, shot in the city of New York, featured the Greek lollipop sucking Lieutenant "Theo" whose character portrayed a unique boldness to go the extra mile to solve cases. "Who loves ya, baby" became his signature phrase. Name the series.

The show produced 255 episodes and aired from January 15, 1974 to September 24, 1984. Ron Howard ultimately became a stellar movie director.
5. Two crazy and lovable roommates worked as bottle cappers in a Milwaukee brewery. They also shared their best and worst moments in their daily lives in the 1950s. This show appealed to many women who shared similar stories with their best friends. Name the show.

"Laverne and Shirley", featured the comical duo played by Penny Marshall and Cindy Williams. Laverne and Shirley worked in an assembly line capping bottles for the Shotz Brewery. The series aired on the ABC network from January 27, 1976 to May 10, 1983 with a total of 178 episodes.
6. Two families in Los Angeles, California, got together and each brought with them three children from their former marriages. The show was an instant hit and the siblings became household names. Most teenage viewers had a crush on Marcia, Marcia, Marcia! Name the show.

"The Brady Bunch", featured a blended family of six siblings, the parents and a housekeeper. The series produced 117 episodes and aired from September 26, 1969 to March 8, 1974. The main characters were played by Robert Reed and Florence Henderson. The siblings became very popular with teenagers. Maureen McCormick played Marcia; Barry Williams played Greg; Chris Knight played Peter; Eve Plumb played Jan; Mike Lookinland played Bobby; Susan Olsen played Cindy and Ann B. Davis played Alice, the housekeeper.
7. A supernatural comedy featured a unique married couple, Darrin and Samantha. The husband was originally unaware that his wife possessed supernatural talents until he was surprised by his wife's admission that she was a witch. The acting was characterized with plenty of physical slapstick humor and comical facial expressions. It also involved a delightful exchange between Darrin and his ironic mother in law Endora. Name the show.

"Bewitched" was an entertaining television series featuring a witch married to a mortal. The witch was played by Elizabeth Montgomery and her husband Darrin Stephens was played by Dick York (1964-1969) and Dick Sargent (1969-1972). The legendary actress Agnes Moorehead played Endora, Samantha's mother. The series produced 254 episodes from September 17, 1964 to March 25, 1972.
8. Undercover detectives, "Sonny" Crockett and "Rico" Tubbs investigated and solved cases in sunny Miami in the 1980s. Their main mission was to uncover and apprehend illegal drug dealers and cut down prostitution. Their flashy attires also generated a fashionable clothing trend consisting of a T-shirt, jacket and white linen pants. Name this show.

"Miami Vice", a police undercover drama, became an instant sensation for its sharp looking detective sergeants played by actors Don Johnson and Phillip Michael Thomas. The show gained popularity for its special effects, new wave music and attractive Ferrari cars. The series aired from September 28,1984 to May 21, 1989 and produced 111 episodes.
9. A hilarious housewife and her Cuban husband, a band leader, lived in New York City and socialized daily with their next door neighbors, Fred and Ethel. The story line focused on the housewife's wish to reach stardom and perform in her husband's nightclub act. The comical scenes performed by the main protagonist were spectacular and have not been replicated by any other comediennes. Name the show.

"I Love Lucy", the funniest classic television show of all time, entertained audiences from October 15, 1951 to May 6, 1957 on the CBS network. Lucille Ball played Lucy, the main character. Desi Arnaz played her band leader husband. William Frawley and Vivian Vance played their next door neighbors, Fred and Ethel. The series aired a total of 181 episodes.
10. A former American astronaut, Steve Austin, suffered injuries in a rocket crash and received bionic body parts to repair and enhance his right arm, both legs, and left eye. His mission was to uncover plots to destroy the world. Which show was this?

"The Six Million Dollar Man" was a popular series featuring a former astronaut who possessed bionic body parts. The role of Steve Austin was played by actor Lee Majors. The series produced 99 episodes from March 7, 1973 to March 6, 1978. There were also six movies produced based on the series.
Source: Author milliesmall 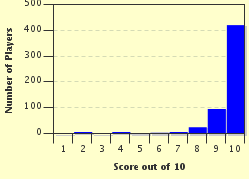 
Other Destinations
Explore Other Quizzes by milliesmall