Hey all you "Friends" fans, think you know everything there is to know about the gang? Well lets see how much you really know!

Quiz Answer Key and Fun Facts
1. Which of Joey's sisters did Chandler have a fling with?

Chandler has a fling with Mary Angela, although he couldn't remember which sister it was.
2. Reese Witherspoon played Rachel's older sister.

Reese Witherspoon played Rachel's younger sister Jill. Her older sister, Amy, was played by Christina Applegate. Amy joins the gang for Thanksgiving after her boyfriend breaks their plans.
3. What is Chandler's middle name?

4. Which of the "Friends'" parents took a liking to Gunther?

5. When Chandler hasn't made a present for Monica on Valentine's Day, what does he give her?

In "TOW Unagi", Chandler and Monica agree to make homemade presents for Valentine's Day. Chandler finds a mix tape in his closet and gives it to Monica. Monica, who didn't get Chandler anything (but a sock bunny, made by Phoebe) goes nuts trying to make amends!
6. Where were Ross and Emily supposed to spend their honeymoon?

When it appears that Emily isn't going, Ross invites Rachel to go with him on his honeymoon. However, Emily arrives at the last moment, seeing Ross and Rachel getting on the plane together. Ross chases after her, leaving Rachel alone on a plane to Athens.
7. What was the name of Rachel's assistant turned boyfriend?

Rachel interviewed Tag to be her assistant, then later he became her boyfriend. Rachel broke up with him on her 30th birthday.
8. Which two "Friends" became nap partners?

Joey and Ross find themselves in an awkward position after a nap, but also find it was the best nap ever.
9. Who was Chandler's annoying room mate who wouldn't leave?

In "TOW Eddie Won't Go", Chandler tries to get Eddie to move out but he keeps coming back.
10. What was the name of Joey's chair? 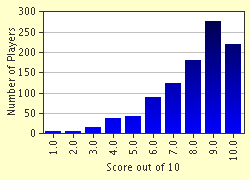 
Other Destinations
Explore Other Quizzes by Angel86