The Job of Being A Friend! Trivia Quiz

Here's a quiz on the occupations of our "Friends". I'll give you the character, you supply the job. "Your job's a joke, you're broke, your love life's DOA..."

Monica has worked at various restaurants throughout the run of the show.
2. Ross' profession in the first five seasons.

Due to his rage problems, Ross got fired from the museum and got a job teaching at NYU.
4. Rachel's first job.

Rachel got her first job ever at Central Perk after she ran out on her wedding and moved in with Monica.
5. Joey?

Joey has been in plays and the soap opera "Days of Our Lives". He even was the star of his own TV show, "Mac and Cheese".
6. Phoebe's paying job?

She once got fired for being a bit too "friendly" with one of her clients.
7. Phoebe's non-paying job?

Of course, she sings at Central Perk. "Smelly Cat, Smelly Cat...what are they feeding you?"
8. Rachel's dream job, seasons 3 through 9.

After working at Bloomingdales, she got a job with Ralph Lauren.
9. Chandler's job in the first eight seasons.

No one was ever really sure what Chandler did for a living. "Transponster?"
10. Chandler's job, in season nine.

Monica got him the interview with a friend from high school and he was the oldest candidate for the non-paying job. Later in season nine he became a junior copywriter as well.
Source: Author bosco54 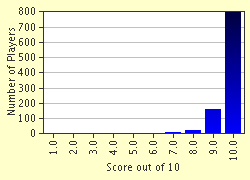 
Other Destinations
Explore Other Quizzes by bosco54