A "Friend" By Any Other Name Trivia Quiz

Throughout the run of the show, the six "Friends" (and other characters) went by many names other than their own. How many do you remember?

Quiz Answer Key and Fun Facts
1. What was the first name of Phoebe's alter ego?

Phoebe first used the fake name Regina Phalange at the end of the fourth season in "TOW Ross' Wedding (2)". She phoned Emily's parents house pretending to be Dr. Phalange to say that Ross forgot to take his brain medicine (explaining why Ross said Rachel's name at the altar instead of Emily's).
2. What fake name did Joey give to women sometimes?

We were introduced to Joey's fake name in season eight's "TOW With the Videotape". Phoebe and Joey were explaining to Monica that many people give out fake names to people. Joey extended his hand to Phoebe and said "Hi, pleased to meet you. I'm Ken Adams." and she shook his hand and replied "Regina Phalange".

A little later in the episode, Rachel mentioned a woman she worked with who went out with a "Ken Adams" and Joey said it was him.
3. Chandler's co-worker Bob called him by the wrong name for years. What did Bob think Chandler's name was?

In "TOW Rachel's Date" in season eight, Chandler explained to Ross that Bob called him Toby because one day Bob said "Hey Toby, want a donut?" and Chandler did want a donut. This was also the episode in which we found out that Chandler's middle name was Muriel!
4. What was Chandler's father's stage name?

In "TOW The Embryos" in the fourth season, we found out that Chandler's father, Charles Bing, owned an all-male burlesque show in Las Vegas called "Viva Las Gaygas". In the seventh season episode "TOW Chandler's Dad", Monica convinced Chandler to go to Vegas to see his father with the purpose of inviting him to their wedding.

While in Vegas, Monica and Chandler watched one of Helena Handbasket's performances.
5. In the tenth season, Phoebe briefly changed her name to Princess Consuela Banana Hammock. What did her husband Mike change his name to?

In "TOW Princess Consuela", Phoebe was trying to decide whether she should take Mike's last name, Hannigan, or possibly change her name to Buffay-Hannigan. Then she learned that she could change her name to whatever she wanted, so she took the opportunity to "get creative". Mike was horrified with her new name, so he decided to change his name to Crap Bag and made Phoebe introduce him to people as such. Eventually Phoebe changed her name back (and added a Hannigan onto the end) so that Mike would go back to being Mike.
6. Mr. Zelner, Rachel's boss at Ralph Lauren, couldn't remember Ross' name. What did he think Ross' name was?

In the tenth season episode "TOW Estelle Dies", Ross went to Mr. Zelner to convince him to hire Rachel back, so that she wouldn't move to Paris to work for Louis Vuitton. Ross had previously said that Mr. Zelner thought his name was Ron, and when he got to Mr. Zelner's office, Mr. Zelner said "Oh, hi. Don, is it?" and Ross paused and said "Close, Ron actually".

The irony is that Mr. Zelner had a son named Ross!
7. In "TOW The Fake Monica", what name did Monica give as her own?

In this episode, Monica's credit card was stolen. The thief spent money on dance lessons, so Monica decided to go to the lessons to try to find the woman. When she met her, and the woman introduced herself as "Monica", the real Monica had to think fast to come up with a name for herself, and she ended up saying "Mon...ana", and claimed it was "Pennsylvania Dutch".
8. Rachel once pretended she was Monica.

In the first season episode "TOW Two Parts, Part 2" Rachel injured her ankle and Monica took her to the hospital. Rachel did not have insurance, so she pretended she was Monica to use hers. They had to pretend to be each other throughout the rest of the episode.
9. What did Rachel's sister Amy continually call Emma?

Amy Green was introduced in the ninth season episode "TOW Rachel's Other Sister". At first Amy thought Emma was a boy and called her Emmit, and then also called her Emily a couple of times. Ella was the name she continually reverted back to, including when she reappeared in season ten's "TOW Rachel's Sister Babysits".
10. In "TOW All the Rugby", what did Ross refer to himself as?

In this season four episode, Ross played rugby with Emily's British friends in order to impress her. His theory was that he had to get angry to be good at rugby, and he said when he's angry he becomes "Red Ross". The other choices given were all names Ross called himself throughout the series, or in the case of "Tyrannosaurus Ross", it was the name on one of his childhood t-shirts.
Source: Author guitargoddess 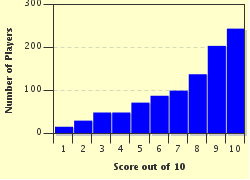