An excellent "Friends" holiday quiz! Everything from the Holiday Armadillo to the Geller Cup!

Quiz Answer Key and Fun Facts
1. In "TOW The Holiday Armadillo," Ross wanted to teach Ben about Hanukkah. Chandler unknowingly came as Santa Claus because he knew Ben wanted to see Santa. Who did Joey come disguised as?

Ross sarcastically says his favorite part of the Hanukkah story was when, "Superman flew all the Jews out of Egypt!"
2. In "TOW The Football," Joey and Chandler fight over a woman by the name of Margha. Where was Margha from?

The part of Margha, the Dutch girl, was played by Suzanna Voltaire.
3. In "TOW Underdog Gets Away," What was the name they gave Joey in his appearance as a poster boy for Venereal disease?

Because of the poster, Joey lost the date he would have had with the woman he used to work with in the Macy's fragrance department.
4. In "TOW The Football," Jack Geller threw the Geller cup in the lake because Monica broke something of Ross'. What did Monica break?

Monica swam into the lake and fished out the Geller cup when Judy and Jack brought Ross to the hospital.
5. In "TOW The Routine," Phoebe and Rachel convince Chandler to help them look for Monica's hidden Christmas presents. The girls find presents in the guest room closet that were meant to be given to them from Chandler. What did Chandler buy for Phoebe?

Phoebe thanked Chandler sarcastically for the bookends by saying "Oh, okay. I'm Sorry. Thank you for my AZ!"
6. In "TOW The Rumor," the character Will Colbert is played by Brad Pitt. Will told Ross that their "two worst enemies" were "Rachel Green and complex ____".

Will said this when he first saw Rachel holding the yams.
7. In "TOW Chandler In a Box," whom does Monica wind up inviting to Thanksgiving dinner?

After Monica had her eye exam with Tim Burke, she decided she would invite him to dinner so he wouldn't spend Thanksgiving alone.
8. In "TOW The Thanksgiving Flashbacks," what did Monica accidentally do to Chandler that put him in the hospital?


Answer: she cut off his toe

Upon finding out Monica accidentally brought a carrot instead of Chandler's toe, Judy Geller declares in disgust, "Oh no, there's a toe in my kitchen!".
9. In "TOW With The Creepy Holiday Card," what does Ross give Mona to not hurt her feelings and keep the relationship where it is?


Answer: the only key to his apartment

Ross inadvertently gave Mona the only key to his apartment and had the locks changed!
10. In "TOW The Girl From Poughkeepsie," Phoebe sings, "Saw Santa Claus, he said 'Hello' to Ross. And please tell Joey _____ will be snowy!"

Phoebe sang this holiday song as a sort of gift for her friends, she played it in the coffee house.
Source: Author dimebagjon 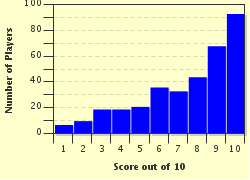 
Other Destinations
Explore Other Quizzes by dimebagjon