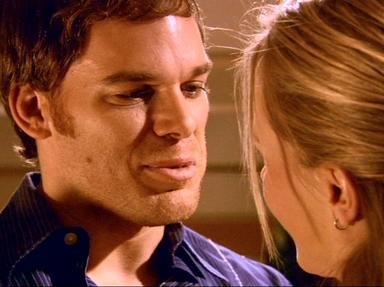 Quiz Answer Key and Fun Facts
1. I was a sergeant in the Miami Metro Police Department. I referred to Dexter Morgan as a "freak". I had an affair with a fellow police officer's wife and once had a relationship with my lieutenant. I suspected Dexter of being the "Bay Harbor Butcher" and relentlessly pursued evidence to prove it. At the hand of Lila Tournay, I was killed in an explosion. Who am I?

Actor Erik King played Sergeant James Doakes in seasons I and II of "Dexter". He made his first appearance in the pilot episode. Since leaving "Dexter", King has made TV appearances on both "Memphis Beat" and "Burn Notice".
2. I am the younger sister of Dexter Morgan. I am the natural child of Harry and Doris Morgan. I love my job as a Miami Metro police officer. I was engaged to the "Ice Truck Killer", girlfriend of FBI investigator Frank Lundy and have been involved with my partner on the force. Who am I?

Actress Jennifer Carpenter has portrayed Debra Morgan in seasons I through V of "Dexter", appearing first in the pilot episode. She was married to co-star Michael C. Hall in 2008 but filed for divorce in 2010. Her film credits include "Quarantine" and "The Factory".
3. I am a lieutenant in the Miami Metro Police Department. I was relieved of my command at the end of season I. I had an affair with my replacement's fiance. When my replacement was deemed unstable, I was returned to homicide squad command. I had difficulty accepting the death of my ex-lover especially because I did not believe he was the "Bay Harbor Butcher". I married one of my detectives during season IV. Who am I?

Lieutenant Maria LaGuerta has been portrayed by Lauren Velez in seasons I through V. She made her first appearance in the pilot episode. Velez's television debut was in "New York Undercover" and she won an ALMA for her role of Gloria Nathan in HBO's series "Oz".
4. My father was abusive to my mother. I bring out a protective streak in Dexter. I was the maid of honor at my mother's wedding. When my mother died, I became very angry with Dexter for not being there to protect her. One of my brothers and I went to live in Orlando with my grandparents. Who am I?

Christina Robinson has portrayed Astor Bennett in seasons I through V of "Dexter", beginning with the pilot episode. In addition to her work on "Dexter", she has been featured in stage roles and many short films including the lead in "Equestrian: Sexual Response".
5. I was Dexter's biological mother. I was involved with the drug trade. I liked to paint my fingernails with different colors. I had an affair with Harry Morgan and became a police informant. I was murdered along with three others by drug lords inside a shipping container in front of my two sons. Who am I?

Sage Kirkpatrick portrayed Laura Moser throughout seasons I through V, beginning with the pilot episode "Seeing Red". Kirkpatrick first appeared on screen in the film "Hundred Percent" (1998). In addition to her "Dexter" role, she has made television appearances in "Days of Our Lives", "The O.C.", "The Shield", "CSI: Crime Scene Investigation" and "Heroes".
6. I was abducted, held captive and abused by a group of men. The first time I saw Dexter, I witnessed him killing Boyd Fowler. In order to come to terms with my need for revenge, I learned Harry's code and helped Dexter hunt down and kill the men who attacked me. Who am I?

Lumen Pierce has been portrayed by Julia Stiles, appearing first in the season V episode "Practically Perfect". Julia began her on-screen career in the TV series "Ghostwriter" and has had several roles in feature films including "The Omen", "The Bourne Identity", "The Bourne Supremacy" and "The Bourne Ultimatum".
7. I was a high-ranking FBI special agent. I was recruited to lead a task force to identify and capture the "Bay Harbor Butcher". I had a personal relationship with Dexter's sister. After naming the "Bay Harbor Butcher", I left Miami and then returned without the sanction of the FBI to pursue the "Trinity Killer". I was shot in a parking lot and died of my wounds. Who am I?

Keith Carradine portrayed Agent Frank Lundy in seasons II and IV, first appearing in the season II episode titled "Waiting to Exhale". Carradine's first television appearance was as a cowboy in a 1971 episode of "McCabe & Mrs. Miller". Some of his other television roles have been in "Bonanza", "The Fall Guy", "Frasier" and "Numb3rs".

His film roles include Bellocq in "Pretty Baby", Detective Lulling in "Winter of Frozen Dreams" and Sheriff Taggart in "Cowboys and Aliens".
8. I was Dexter's girlfriend and later became his wife. I was abused by my ex-husband who was a crack addict. I worked at a hotel for a while before I was fired. I insisted Dexter get help for what I believed was a narcotics addiction that prompted his affair with another woman. At my death at the hand of the "Trinity Killer", I was the mother of three children. Who am I?

Julie Benz portrayed Rita Bennett Morgan in seasons I-IV, making her first appearance in the pilot episode. Since leaving "Dexter", Benz has appeared as Robin Gallagher in "Desperate Housewives" and Stephanie Powell in "No Ordinary Family".
9. I like my mother's boyfriend Dexter very much. I brought Dexter to school and he told my class about his job as a blood spatter analyst. My classmates and I weren't impressed much, but I was just glad to have him there. When my mom died, I wanted to stay with Dexter, but I had to go to Orlando to stay with my grandparents. Who am I?

Daniel Goldman portrayed Cody Bennett during season I beginning with the pilot episode. After leaving "Dexter", he has played the character of Jason on "Moonlight".
Preston Bailey took over the role of Cody in season II and has continued through season V. Preston has had several roles in film and television. Of note, he played Isaac in the TV remake of "Children of the Corn" and also played the role of Timmy Armstrong, Kate Beckinsale's son in the movie "Nothing But the Truth".
10. I am a detective in the Miami Metro Police Department. I transferred from narcotics to the homicide division in season III. I had a relationship with Christine Hill, who committed suicide when she was rejected by her father the "Trinity Killer". I began a relationship with my partner after Dexter's wife was killed. Who am I?

Desmond Harrington has portrayed Joseph "Joey" Quinn beginning with the season III episode titled "Our Father" through season V. In addition to film roles, Harrington has made recurring television appearances on "Rescue Me" and "Gossip Girls".
11. I was promoted from detective to sergeant in the Miami Metro Police Department. After admitting an affair to my wife, she ended our marriage and she has custody of our daughter. I really messed up when I solicited a hooker that turned out to be an undercover cop. I got my act together and ended up marrying my squad lieutenant. Who am I?

David Zayas has portrayed Angelo "Angel" Batista in seasons I through V, with his first appearance in the pilot episode. Zayas is a former Times Square beat cop. Prior to his appearance on "Dexter', he played Enrique Morales in the HBO series "Oz". His other roles include recurring TV appearances in "Law and Order" and "Law and Order: Criminal Intent".

His film credits include roles in "Samuel Bleak" and "Junction".
12. I was adopted by the Morgans when I was a toddler. My sister is a detective and I am a blood spatter analyst for Miami Metro Police Department. I have always felt a need to kill. I planted evidence that framed a dead cop to take the blame for being the "Bay Harbor Butcher" so no one would suspect me. I once thought myself emotionless, but being a husband, stepfather and father has revealed to me I am capable of genuine feelings and emotions. I continue to live two lives, one as a seemingly normal law-abiding citizen and one as a vigilante serial killer. Who am I?

Michael C. Hall has portrayed Dexter Morgan and acted as producer of the show since Showtime brought the series to television. Hall has been seen as Dexter Morgan in every episode of the show beginning with the pilot through the last episode of season V. Previously, Hall played David Fisher in the TV series "Six Feet Under" and has had leading roles in the films "Gamer", "Peep World" and "East Fifth Bliss".
13. I am a forensic investigator with the Miami Metro Police Department. I am seemingly obsessed with sex and am particularly attracted to Debra Morgan. I am a published author and consider myself a friend of Dexter's. I was upset after seeing Dexter's wife kissing another man. Who am I?

C. S. Lee (also known as Charlie Lee) has portrayed Vincent "Vince" Masuka in seasons I through V, making his first appearance in the pilot episode. Lee was born in South Korea, is an avid golfer and is the 1988 recipient of the Carole Dye Acting Award at the Yale School of Drama. Lee played the role of Harry Tang in the TV sitcom "Chuck".

He has also been seen in episodes of "Law and Order" and "Monk".
14. I was a well known and respected author and motivational speaker. The heart of the message I had for my followers was "take what you think you deserve". I was the leader of a secret group of professional men who abducted, raped and murdered women. I was killed by Lumen who stabbed me in the heart. Who am I?

Jonny Lee Miller portrayed Jordan Chase in season V of "Dexter". He is a British born actor who works on stage and screen. His recurring roles in television include Tom in "Smith" and Eli Stone in the series of the same name. His film credits include roles in "Trainspotting", "Mansfield Park", "Mindhunters" and "Endgame".
15. I am deputy chief of the Miami Metro Police Department and have oversight responsibility for the homicide squad. I covered up the fact Harry Morgan committed suicide and continue to fulfill my promise to Harry that I look after his children, Debra and Dexter Morgan. I was responsible for Debra's move from vice to homicide in spite of her lieutenant's objection. I am very adept at department politics and I object to a lieutenant's marriage to one of her detectives. Who am I?

Geoff Pierson has portrayed Tom Matthews in seasons I through V, beginning with the pilot episode. Pierson has had roles in several television shows including "Medium", "Life", "The Mentalist" and "Fringe". His film credits include roles in "The Changeling", "Glory Daze" and "Atlas Shrugged".
Source: Author mickeymah 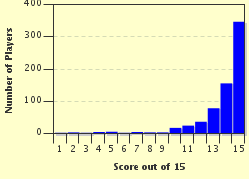 
Other Destinations
Explore Other Quizzes by mickeymah