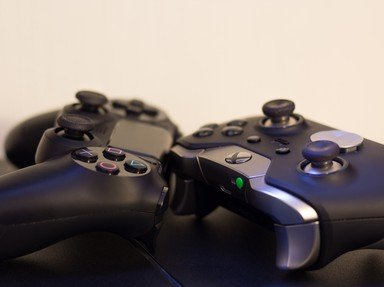 You may have thought that cats have no place in video gaming. You'd be lying to yourself. Pique your curiosity and find these ten cat-related instances in the world of video games. Good luck!

Quiz Answer Key and Fun Facts
1. In which online video game can Hunter-class players potentially get a cat as a pet?

One of the most popular PC games ever released definitely has room for faithful felines. Although many players can attain cats as collectible pets from around the globe, Hunter-class players can use cats as faithful companions in battle with specific skills. Aside from this, many major cities on the map will usually contain a prowling or pet cat in some shape or form. Also, the major dungeon Naxxramas features a cat named Mr. Bigglesworth (a la "Austin Powers") in its entryway as a tongue-in-cheek pop culture reference.
2. "Star Ocean: The Last Hope", released on the Xbox 360 in 2008, featured one character who could morph into a cat. What was their name?

A prequel to the rest of the "Star Ocean" series produced by Square-Enix (known for "Final Fantasy"), "The Last Hope" was an intense RPG experience usually left unseen on Microsoft consoles, but alas, here it is. Meracle is the fifth party member (other than the protagonist, Edge) to be obtained.

A small side-story on the spaceship Calnus sees the main characters try to determine how a cat came to be onboard their craft, but they find that Meracle has been up to no good, shifting herself into the form during flight.

Her moves in turn-based battles tends to focus more on agility than anything, a clear reflection of her cat-like tendencies.
3. In which video game can players 'roll up' black, calico, siamese, and tabby cats to form stars and planets after they've been wiped from the night sky?

Usually, players can use their katamari to roll up cats once it reaches a diameter of 70cm or more. Cats can be found in many of the different levels in the series' first title, "Katamari Damacy", whether you're rolling in the home, in the city, or in really tight spaces. Lucky Cats in the form of Maneki Neko can also be found gracing the landscapes of the game and can be picked up accordingly, of course the real cats walk around with an odd complacency. Each cat added to the katamari contributes to its overall style and weight and affects the score and its placement in the starry sky.

The more cats you have, the more likely the star will be named 'Cat Star' or something along those lines.
4. An entire village in this "Legend of Zelda" title contains cats. Which video game in the series features the cat-occupied 'Hidden Village'?

The Hidden Village may be difficult to find (hence its name), but with the right amount of force you'll be able to break down the barriers separating you from the small town in order to find its occupants. Although the area is filled with Bulblins in the beginning, clearing the entire village of these enemy squatters will allow you to speak to the village's sole citizen, Impaz, who will push the storyline across a great deal and allow you to reach the City in the Sky with a regenerated Dominion Rod.

The cats in the village, however, are something else entirely. In wolf-form, Link can speak to a vast array of animals- these cats included. They'll actually allow you to complete a quick hide-and-seek mini-game if you choose. Cats appear in various other towns in the game. One of these cats can be found in a locked house in Hyrule Castle Town, cursed and turned into a magnificent piece of jewelery. Bringing Poe souls back to the cat's owner, Jovani, will return him to his cat-like state.

The house can be easily found- a group of cats waits outside. The town's barkeeper, Telma, also has a white cat named Louise who plays an important role later in the game.
5. In the popular PS2 game "Kingdom Hearts", what Disney cat makes an appearance in the Wonderland stage of the game?

Taking elements from classic Disney films and adding in a dash of "Final Fantasy", Square-Enix once more offers up familiar felines, this time from classic animated films. Early stages of the game take players to Wonderland (from "Alice and Wonderland") where the Cheshire Cat makes many appearances. Later on, players can jump into the whale Monstro, in which Geppetto's boat is wrecked from "Pinocchio" (and where Figaro would be found).

As well, Simba appears in the Pride Lands in "Kingdom Hearts 2". All selectable answers were featured in various Disney films with the Siamese Cats being from "Lady and the Tramp" and Thomas O'Malley being that swanky alley cat from "The Aristocats".
6. The PC game "The Incredible Machine 2" featured cats of which colour?

Originally released on early Windows and Apple computers, "The Incredible Machine 2" was an amazing game in which you simply needed to build an over-elaborate machine to do a simple task. Often, pieces would be provided in proper places, but the rest would be guesswork with a finite amount of materials at your disposal. Cats played an integral role in this as well.

When placed next to mice, hamster cages, or fishbowls, cats would be instantly intrigued and would move to investigate, tripping switches or hitting buttons along the way.

In addition, dropping bowling balls on cats or dropping them from high distances would cause appropriate effects. In a way, placing these poor white felines in harms way may be the only way to properly bounce that bowling ball off a trampoline to turn on a flashlight.

It was that fun.
7. In "Pokemon", Meowth evolves into what new creature at level 28?

Perhaps one of the earliest cat Pokemon to be featured in the synonymous game series, Meowth has been a permanent fixture on the "Pokemon" TV show. Evolving into Persian at level 28, Meowth is regarded as quite the trickster. Aside from being quite cute, its 'Pay Day' technique is quite popular as it provides the trainer with free money upon use. Meowth is the only Pokemon which can learn the skill. Meowth's first appearance was in wild grasses in "Pokemon Blue", NOT "Pokemon Red".

The Pokemon also makes appearances in many later games. Luxio, Skitty, and Purugly, while not in the original generation of games, appeared as cat Pokemon in later titles.

Other examples include Delcatty, Luxray, Glameo, Shinx, and the popular Mew.
8. "Rock Band 2" only has one 'cat' song found in its master track listing. Who performed the new wave song "Cool for Cats"?

While all four bands feature in "Rock Band 2" in some way, shape, or form, only Squeeze performed "Cool for Cats" back in 1979. It's one of over eighty tracks for the game which appeared on the Xbox 360, Playstation 2 and 3, and Wii. More songs by Squeeze including "Tempted" can be purchased from the "Rock Band" DLC Music Store online.
Devo's "Uncontrollable Urge" and the Talking Heads song "Psycho Killer" also appear on the main setlist of "Rock Band 2" though they and The Jam also show up on the downloadable content listing for the game.
9. "Caught in the Act" was a Sega Genesis/PC game starring which cartoon feline?

"Garfield: Caught in the Act" was one of the earlier "Garfield" video game titles released and is notable for the fact that many of the characters were drawn by strip creator Jim Davis. The game features Garfield who accidentally destroys the television and rebuilds it to his liking.

When he tries to turn it on, he's sucked into the device and becomes a part of the programs he's watching. As a result, players must lead Garfield through prehistoric action shows, vampire movies, film noir scenes, Egyptian tombs, and futuristic alien lands.

In the end, Garfield must defeat the evil glitch that sent him on the journey. Popular motifs from comic strips including food, coffee, Pooky, Odie, Jon, and other characters appear throughout.
10. Atlus' JRPG title "Shin Megami Tensei: Devil Summoner 2: Raidou Kuzunoha vs. King Abaddon" features a cat as the protagonist's sidekick. What is the cat's name?

Although "Devil Summoner 2" didn't fare as well in terms of sales due to its obscurity, the game featured the same characteristically hellish gameplay fans know and love. The main character, Raidou, is led through the game by his mentor, a talking cat by the name of Gotou (who appears in the previous game in the series) who teaches many skills required throughout the plot. Gotou is a black cat with notorious green eyes whose body is inhabited by a soul sent to protect Raidou from harm.

The two of them solve cases for a detective agency and battle demons on the side...like we all do.
Source: Author kyleisalive 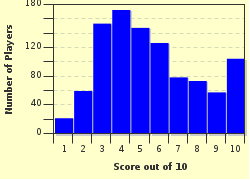