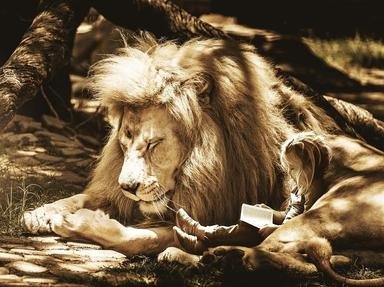 Whilst cats come in all shapes, sizes and types, these kitties all have one thing in common: they're fictional! Here are ten different types of LitKits, and I'm not talking breeds.

Quiz Answer Key and Fun Facts
1. Our first type of cat is the practical cat. And where better to begin a quiz on cats, than with these very famous felines. This book is actually a series of poems about cat psychology and sociology, but is arguably better known as a musical production. Who wrote this tale of pragmatic kitties?

"Old Possum's Book of Practical Cats" was originally written as a series of notes from T. S. Eliot to his godchildren. He also did the illustrations in the first publication run in 1939. The book was re-released the following year with new illustrations by Nicolas Bentley.
2. Does this sound familiar? Our second type of cat is the Witch's cat. The cat name "Grimalkin" (meaning old and evil-looking) has been in many literary works over time, from Shakespeare's "MacBeth" to Bronte's "Wuthering Heights". In John Masefield's novel "The Midnight Folk" there are three familiars. Which one of these is NOT one of his familiars?

Nibbins is a reformed witch's cat who helps Kay Harker in his quest to find his great-grandfather's stolen fortune. The other household cats are Blackmalkin, the story's main antagonist, and Greymalkin, named for the witch's cat in MacBeth.
Puck, of course is the mischievous elf from Shakespeare's "A Midsummer Night's Dream".
3. Here's one for the cat lovers: Hero cats! This little kitty starts life as an orphan in a feral community of cats and grows up to be the wise and revered leader of the legends: "The Chosen One". Who is the protagonist of Joy Smith Aiken's heart-warming tale?

"Solo's Journey" is the story of Solo who is orphaned when he is very young. He is befriended by one of the quorum's warrior cats and is taught the legends by the tribe's old "Speaker". When danger comes to their home in the shape of bulldozers and fire, their leader dies. Solo must then lead the entire quorum to a refuge where they can live free from humans.
4. Lions are, as the saying goes, the Kings of all Beasts. Let's look at Royal cats. This talking Lion is the true ruler of a magical land that has been repressed by an evil white witch. Which C. S. Lewis big cat requires the assistance of children to assume his rightful place as leader?

Aslan the talking lion is the central character in C. S. Lewis's "The Lion, The Witch and the Wardrobe". During the novel Aslan sacrifices himself to save the life of Edmund, one of the children. But Aslan is resurrected because of an old spell, performed before the witch came to Narnia.
Simba is the lion cub in "The Lion King", a Disney movie. Shere Khan is well known from Rudyard Kipling's "A Jungle Book" and Baby is the lion raised by Ayla in the "Earth's Children" series.
5. Let's look under the magnifying glass at our next type of cat: sleuthing kitties. This female feline lives in a small town of Crozet, Virginia, with her owner Mary "Harry" Haristeen, the local postmistress. Who is this Sherlock Holmes of the feline variety penned by Rita Mae Brown and her cat?

Mrs Murphy is the protagonist cat in the series of mystery books penned by Rita Mae Brown and her cat Sneaky Pie Brown. When trouble comes to the village of Crozet, it's up to Mrs Murphy and her sidekicks Tucker and Pewter to investigate.
"Sour Puss" is the name of one of the novels. And Mrs Norris is Mr Filch's cat in the Harry Potter series.
6. Owls aren't the only wise creatures. Our next type of cat is the wise cat. In Rudyard Kipling's tale of how wild animals were domesticated, is a very wise kitty. Who is this special cat?


Answer: The Cat That Walked By Himself

"The Cat That Walked by Himself" is the longest tale in the pourquoi series of tales "Just So Stories for Little Children" by Kipling. The forerunner of these stories is in the second "Jungle Book" when Mowgli hears how the tiger got his stripes.
The other titles I made up.
7. We've had cats that belong to witches, but what about magical cats? Diane Duane's novel, "The Book of Night With Moon" features a group of wizardly cats that guard the magical gates between worlds. Who is the feline leader of the Primary Worldgate Management Team operating from New York's Grand Central Terminal?

Rhiow is a normal cat by day that lives in New York with her owners, but is really a wizard cat in diguise. When the owners aren't looking, Rhiow and her team mates Urruah and Saash keep all intraterrestrial, extraterrestrial and extracontinental transport from New York flowing smoothly.
A large part of the book is written in the cat language of "Ailurin" which has 37 vowels in the alphabet.
Crookshanks is the familiar belonging to Hermione Granger in the "Harry Potter" series. Fat Louie is the pampered kitty of Princess Mia in "The Princess Diaries" and the "Fluffy Little Kitten" is a series of three books written by Robert Bassett.
8. Cats can be enchanting, but sticking to the magic theme, here's a special enchanted cat. This feline is the King of Cats, who had an enslavement spell put on him. He is unable to return to his land until the spell is removed. Who is the protagonist in Barbara Sleigh's trilogy?

"Carbonel: The King of Cats" is the first book in the trilogy by Barbara Sleigh. In this story, a young girl buys Carbonel and a broom from an old lady, not realising she was really a witch. Rosemary and her friend then set out to help rid Carbonel of the enchantment and allow him to return to his land. Mrs Cantrip is the witch in the novel.
9. They say grass always looks greener on the other side of the fence, and this adventurous cat thought exactly that. This cat leaves his home to search across many lands for his friend who has disappeared. Eventually he finds her, but she has been domesticated and is living with humans. Our hero stays thinking it's the life he wanted, but eventually realises that his home is where he really wants to be. What is the name of Tad Williams's fantasy novel?

"The Tailchaser's song" is a story about Fritti Tailchaser, a young ginger cat. His friend has gone missing and so he sets out to find her. After travelling through many lands and courts, meeting new friends and encountering danger, he eventually finds her. But she has become domesticated and is living with humans.
This book is similar to "Solo's Journey" in that the novels are set in the world of cats, and humans are not to be trusted.
10. You've heard of a fortune cookie? Well here's our final feline form: the fortune cat! A very poor man bought a cat but gave it to his master to sell for gold. A King bought the cat for a fortune and the young man became very rich. He was also thrice voted Lord Mayor of London. What is the name of this well-known tale?

The tale of "Dick Whittington's Cat" is more folk tale than literature but is very well known by most people.
The inspiration for the story is Sir Richard Whittington (c. 1354- 1423) was Lord Mayor of London and a Member of Parliament. His fortune founded a charity on his death: "The Charity of Sir Richard Whittington" that continues to help people in need. It is unknown whether Sir Richard actually had a cat.
This tale also remains popular as a pantomime.
Source: Author leith90 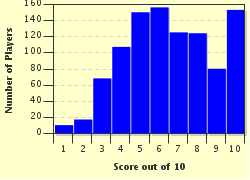