Detroit is finally starting to build vehicles to equal the performance and styling of this era of special cars. Unfortunately the blatant racing connections are long gone.

Quiz Answer Key and Fun Facts
1. What Chevrolet muscle car had a factory installed 302 cid motor, during its first generation?

SCCA Trans Am racing rules required no more than 305 cid motors for any factory T/A racecar. The factory's street production variant had to displace no more than 305cid, also. Chevy made this motor only for the '67 '68 & '69 Z-28's to meet the homologation requirements of the time.
2. Chrysler's 426 Hemi engine is legendary. It commonly refered to as what nickname?

A name given because of its overall huge proportions.
To see one installed in any Chrysler vehicle leaves you wondering how they made it fit.
3. Which color is NOT a Mopar "High Impact" color?


Answer: They are all Mopar "High Impact" colors

By 1970 all 4 major Detroit car manufacturers had retina piercing colors to adorn your factory street rod with.
Mopar had the largest selection though.
4. In 1969 Dodge started advertising their complete line of muscle cars as the _______ ?

Plymouth had "The Rapid Transit System".
5. This 1969-70 Ford V8 was called the "Blue Crescent" by FoMoCo engineering, but is better known as "The Shotgun Hemi" or the "Semi-Hemi" among enthusiasts. What is the only FoMoCo car it was made publicly available in?

Not a true hemi combustion head design, like Chrysler's, but close enough. The motor was designed for NASCAR racing use in the Torino Talladega and Cyclone, but installed in the Mustang chassis for the street by order of Ford's then new President, Bunkie Knudsen.
6. AMC collaborated with Hurst Performance to produce 1500 of these light in weight muscle cars. Painted red, white, and blue, all had 390 cid motors, Hurst 4-speeds, Sun tachometers, and a snorkle hood scoop that had "AIR" printed right on it as well as a big arrow on the hood to show the air where to go.

Two paint schemes available for the SC/Ramblers the loud "A" scheme, and the more subtle "B" scheme. In 1969 the SC/Rambler qualified for NHRA F-stock class right off the showroom floor, and was advertised as such. It's heavily promoted 14.2 ET was not an exaggeration. High 13's on a cool Fall day were possible in stock trim.
7. In wind tunnel tests it was determined that the 69 Dodge Daytona's and the 70 Plymouth Superbird's rear spoiler actually worked slightly better if lowered. Why did they keep it so tall?


Answer: To clear the trunk lid when it was opened

NASCAR rules then demanded that if you're going to race it, it has to be available to the public. In order for John Q.Public to use the trunk on his new Mopar, it had to be able to open fully. The tall spoiler obviously still worked good enough to win races.
8. Canonburg Pa. Chevy dealer, Don Yenko, is famous for the 427 Camaros, Chevelles, and Novas he sold nationwide. Each car has the letters "sYc" adhered to the head rests. What do those letters stand for?

Early Yenko's were factory 396 cars with the motors yanked out and 427's dropped in at the dealership. By 1969, it was easier for the dealership just to order 427 Camaros from the factory through the COPO program, which they did. (COPO- Central Office Production Order, a GM program used to order fleet vehicles and illegal (GM corporate policy-wise) muscle cars.
9. In 1969, Pontiac introduced a new GTO called the "Judge". The Judge name was inspired by a skit from what TV show?

Apparently John DeLorean watched a lot of TV. Wonder what he would have called it if "Hogan's Heroes" was his favorite show?
10. In 1963-64, you could walk into this car manufacturer's dealerships nationwide, and order a brand new "Challenger" with the R3 option, which included, among many other speed items, a Paxton blower, and hand finished head work on the 289 V8. Capable of low thirteen ET's. Name the South Bend Indiana manufacturer.

Yep. Studebaker! One such car was actually built at the factory, a few more were retrofitted through the dealerships. One exists today and recently blistered a group of stock drag race veterans. Many sacred cows slayed that day I'd imagine.
Source: Author machineamc 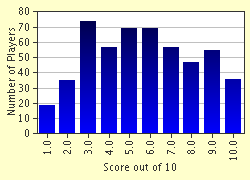