Think you really know about muscle cars? Test your skill.

Quiz Answer Key and Fun Facts
1. Two 1966 Shelby 427 Cobras were specially equipped by Shelby himself. Chassis numbers CSX3303 & CSX3015. How are they different than a standard 427 Cobra?

Shelby kept one for himself. Comedian Bill Cosby got the other one. Cosby talks all about it on his record album "200 mph"
2. In 1973 and '74 Pontiac had this very special, bullet-proof, & powerful V8 available as a top of the line option on the Trans-Am and Formula Firebirds. A highly coveted motor among Pontiac enthusiasts.

Only available in 1973 and 1974. Regarded as one of Pontiac's best motors, it arrived too late for the muscle car heyday. Ironically it was one of Pontiacs most powerful.
3. In 1970 Plymouth debuted the 340 six-pack AAR 'Cuda. What does AAR stand for?

The name of Dan Gurney's racing enterprise. Plymouth collaborated with Gurney/AAR in 1970 to race the AAR 'Cuda in the SCCA Trans Am series.
4. In 1967-69, you could buy an L72 427 equipped "Motion" Camaro from this Long Island NY Chevy dealership. "Dyno-Tuned and ready to wail."

Baldwin was the name of the dealership. Joel Rosen's "Motion" speed shop was where these brutal Chevrolets were prepared between 1967-1974. Any Baldwin Motion vehicle is highly sought after today.
5. In 1969 any AMC dealer could order you a "Big Bad AMX". What all was included in the Big Bad option?


Answer: Your choice, Big Bad Green, Orange, or Blue paint, to include the bumpers.

Just a paint option, but man are those colors loud!
6. In 1969 and 1970 Ford's Boss 302 Mustang came equipped only with the solid lifter Boss 302 cid engine. Name the only other FoMoCo vehicle this engine was available in as an option to the standard 351.

Nothing more to add here, other than the Boss 302 Mustang was designed by Larry Shinoda and Bunkie Knudsen to beat the Z-28 in street performance and in the SCCA Trans-Am series. It finally did in 1970.
7. Before 1970, no GM "A" body (Chevelle, Cutlass, LeMans, Skylark) could be factory equipped with any engine over 400 cubic inches. One manufacturer skirted the corporate ruling by contracting Hurst Performance Industries to install 455 cid engines in their "A" bodies in '68 and '69. What car was the result of this rule bending?

In 1968, Oldsmobile had to do something to compete with the runaway success of Pontiac's GTO and Chevy's Chevelle. This was a clever way to beat them in the cubic inch department, if not in sales.
Very handsome cars!
8. The 1964 Pontiac GTO is generally regarded as the car that kicked off the muscle car boom of the 1960's. What does GTO stand for?

Named after the Ferrari 250 GTO, Car and Driver even pitted the new Pontiac against the Ferrari in a 1964 issue. The Pontiac faired well...too well. It was later learned that 421 cid powered ringer GTO's were served up to the press to keep things even when competeing with the Italian exotic. Still a fine car with the correct 389. Gran turismo omologato is Italian for homologated for grand touring.
9. This 1968 Mopar was a direct response to a Car and Driver editorial article, requesting that Detroit build a no frills, back to basics, affordable muscle car to counter the upward spiraling prices on Detroit's latest muscular offerings.

It was a huge success. Just what the market was looking for in 1968.
Plymouth paid Warner Brothers $50,000 for the rights to use the cartoon road runner on their car.
10. With 2326 produced in 1970, this AMC midsize is a rare sight today. Most were painted white with red, white, and blue reflective stripe graphics. A hood tach, ram-air hood scoop, and floor shifted Hurst 4 speed were standard. It had the highest horsepower motor offered in a regular AMC producion car. A 340 hp 390 cid. Capable of 14.5 quarter mile times out the door. 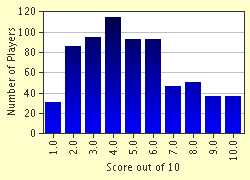