The Imported Car, Hot4 and Street Racing culture has taken off in recent years in Australia. If you know your imports and performance cars, this is for you.

Quiz Answer Key and Fun Facts
1. In 1991, Toyota made a stock supercharged engine for its Corolla. What was it called?

The 1.6 Twin Cam Supercharged 1991 Corolla was awfully quick, but had a history of cylinder detonation...
2. What 2 features set the 2000 Honda Integra Type-R apart from its standard brethren?

The 2000 DC2 Integra Type-R was awesome, but Australia copped the 'watered down' 2002 DC5 Integra Type-R.
3. The creator of the rotary engine was who?

Reading headlines like "Corolla gets Wankel'd" now makes a whole lot more sense.
4. The last of the Nissan Silvia range, produced in 1999, was the?

The S15 has been proclaimed the 'Drift King of the World,' but Nissan has cancelled its production along with the ever popular Skyline.
5. What is the stock engine of the 1993 Nissan 180SX?

The imported 180SX had a CA18DET 1.8 litre turbo engine. The 200SX had a SR20DET.
6. Which of these aftermarket parts makers made a completely carbon fibre Skyline solely for Japanese lap times?

Rotary engine weak points have always been their Apex seals. To see how a rotary engine works, go to www.howstuffworks.com.
9. What does Toyota's VVT-i stand for?

VVT-i controls the amount of valves being used when needed, ie. at low revs, less valves will be used.
10. The Subaru WRX's famed 'Boxer' engine has what designation?

The 'Symmetrical' Subaru engine has fast become one of the world's quickest and popular engines. It's rally-bred AWD suspension has made the 'Rex' one of the most modified cars in Australia.
Source: Author epoch_72

This quiz was reviewed by FunTrivia editor ozzz2002 before going online.
Any errors found in FunTrivia content are routinely corrected through our feedback system.
Most Recent Scores
Dec 21 2022 : Andyboy2021: 10/10
Dec 21 2022 : wellenbrecher: 10/10 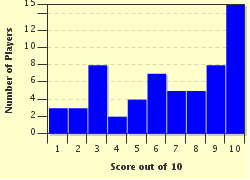 
Other Destinations
Explore Other Quizzes by epoch_72