This quiz is about cars built or sold in Australia and their accessories.

Nasco stands for National Automotive Service Company. They supplied accessories from mud flaps to glove box lights and lots of other parts including suit case sets that fitted neatly in to the boot (trunk) of the car.
2. In which year was the Australian built R series Valiant released for sale?

The R series Valiant was the first to be sold in Australia followed by the S series. The R series has the shape of a spare wheel molded into the boot (trunk) of the car. The R series came out with only one engine size the 225 slant six. There were two transmission choices the push button automatic and a three-speed floor shift manual. Only 1,009 R series Valiants were made.
3. Which Australian Ford Falcon model was the first to be released with a V8 engine?

The XR Falcon was the first to be sold with a V8 motor as an engine option. The engine was a 289 cubic inch; the same engine used in American Mustangs of the same year models. The XR falcon was sold from September 1966 to March 1968.
4. Which car company made the Camira?

The Camira was Holden's mid sized car produced between 1982 and 1989. Holden made 154,807 Camira sedans and station wagons, which all were 4cyl front wheel drives cars.
5. The Sundowner is what type of vehicle?

Ford made the Sundowner model to fit in with the surf culture of Australians in the late 1970s and early 1980s. The Sundowner was released in the Escort panel van, the Falcon panel van and the Transit van. Holden was in direct competition with its Sandman vans and utes. Chrysler was also in the competition with its Drifter panel van.
6. Which model Ford Falcon was released for sale in September 2003?

The Simca 180 was sold in Australia as the Valiant (Chrysler) Centura.The Centura came out with two engine choices, one of which is a 245 cube 6 cylinder hemi engine with Australian gearbox and differential. The other choice was a 2 litre 4-cylinder engine with a French differential.
8. Which model Ford Falcon GT has Super Roo decals on its front guards?

The XW Falcon was released in 1969. The GT model has decals on the front guards of a kangaroo with mag wheels instead of back legs. The GT came out with a 290 horse power 351 cubic inch V8 engine with a floor shift 4 speed manual gearbox. The automatic gearbox was a factory option.
9. Which Australian car company produced the Sunbird?

The Sunbird is a spin off of the UC model Holden Torana. Most Sunbirds were sold with either a European 4cylinder Opel engine or a Australian built 4 cylinder Starfire engine. The Sunbird was sold in a 4-door sedan form and a 2 door with a hatchback.
10. Which was the 5th model car released by Holden?

The FB Holden was first sold in January 1960. Its body styling was similar to the American Chevies of the same era. The FB came out with a 6-cylinder 138 cubic inch engine. The FB was sold in four different bodies - sedan, station wagon, utility and panel van. Holden made 174,747 FBs in 1960 and 1961.
Source: Author psb1969 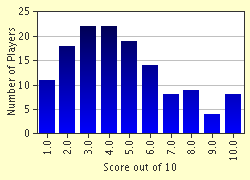 
Other Destinations
Explore Other Quizzes by psb1969