This quiz is all about the Australian Holden. Very popular car if you live in Australia.

Quiz Answer Key and Fun Facts
1. Holden Astra and Vectra are know as what in Britain?

They are known as Opel in Central Europe.
2. Which Holden from the 1960s was brought back onto the production line as a jazzed up model?

The Camry is a Toyota.
4. The first Holden Commodore was built in 1940?

Holden Commodore is the most popular Holden model in Australia but it wasn't launched until 1978.
5. HSV stands for what?

Now I'd like to see a Holden Space Vehicle!
6. The Australian Touring Car Championship is raced between Holden and which other make?

Toyota doesn't race anything to my knowledge and Mitsubishi used to race in rallies.
7. Which company owns Holden?

That was a really easy question for Australians.
9. Which of these is NOT a Holden?

The Starwagon is a Mitsubishi people mover.
10. Two of the colours for the new Monaro, available in 2002 are: 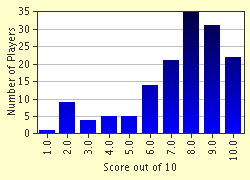 
Other Destinations
Explore Other Quizzes by whatnamecaniuse