Batten Down the Hatches Trivia Quiz

"Batten down the hatches" is a nautical term that has come to mean "prepare for trouble". Can you identify these ships, boats or yachts that each has its own special place in nautical history?

Quiz Answer Key and Fun Facts
1. Ship that disguised itself as an island to evade the Japanese during WWII

The HNLMS Abraham Crijnssen was the last Dutch ship to leave the Dutch East Indies (Indonesia) before the Japanese invasion. The ship, a minesweeper, headed for Australia under the disguise of a floating island. The crew of 45 covered the ship with branches, foliage cut from the islands to camouflage the ship.

The deck was painted to resemble rocks and cliffs. They only travelled at night and during the day the ship became one of the many thousands of islands that dotted the sea in the area. After an eight day journey they reached Fremantle, Australia.

The ship then became part of the Royal Australian Navy.
2. German cruiser scuttled off Montevideo, Uruguay

The ship was named after Admiral Maximillian von Spee who was a commander killed during WWI. The ship was completed in 1936 and took part in the Spanish Civil War (1936-1938). The ship was known as a "pocket battleship" by the British and was deployed in the South Atlantic just prior to the outbreak of WWII. During September to December 1939 it sank nine ships but was confronted by three British cruisers in December 1939 which became known as the Battle of the River Plate.

The KMS Admiral Graf Spee conflicted heavy damage on the British fleet but entered the port of Montevideo.

The vessel was then ordered to be scuttled by the commander Hans Langsdorff. Part of the ship remains visible above the surface of the water to this day.
3. Mystery ship found floating and abandoned in the Atlantic Ocean

The Mary Celeste was an American two-mastered vessel (brigantine) that was found by the Canadian brigantine Dei Gratia, floating adrift on December 5, 1872. The vessel was found in the Atlantic Ocean near the Azores Islands. The ship was found under partial sail with the cargo and crew's personal belongings intact.

However, the lifeboat and crew were never sighted again. The mystery of the abandonment of the Mary Celeste has been dramatized in plays, novels and films over the years. In fact, Arthur Conan Doyle wrote a fictional play in 1884 about the mystery of the Mary Celeste before he became famous as the author of the stories of Sherlock Holmes.
4. Lieutenant James Cook's ship in which he discovered Australia

Lieutenant James Cook commanded the HMS Endeavour (a British Naval research vessel) on the voyage of discovery of Australia and New Zealand in 1769-1971. The ship was launched in 1764 as a collier (bulk cargo vessel) but was purchased by the in 1768 for scientific research in the Pacific Ocean.

The ship travelled around Cape Horn to Tahiti and anchored off New Zealand in September 1769. In April 1770 she became the first ship to anchor off the east coast of Australia.
5. Battlecruiser that was sunk in May 1941 with the loss of 1418 men

The HMS Hood was commissioned in 1920 as a battlecruiser for the British Navy. Because of her power and size she became known as "The Mighty Hood". In May 1941 HMS Hood and the battleship HMS Prince of Wales were ordered to intercept the German ships Bismarck and Prinz Eugen that were heading to the Atlantic Ocean to create havoc on the Atlantic shipping lanes.

In what became known as the battle of the Denmark Strait (between Greenland and Iceland) HMS Hood was struck by German shells in which she exploded and sunk taking with her 1418 crew members. Only three sailors survived and were picked up nearly two hours later by the destroyer Electra.

The sinking of HMS Hood was a huge blow to the pride of the British Navy, although the Bismarck was pursued and sank by the British Navy three days later.
6. Ship that was the first to circumnavigate the globe

Ferdinand Magellan (1480-1521) was a Portuguese explorer who left the Spanish coast in September 1519 with five vessels to circumnavigate the globe. The fleet consisted of the flagship Trinidad, San Antonio, Concepción, Santiago and Victoria. Magellan was killed in the Philippines (April 1521) and after desertion and the burning of vessels the command of "Victoria" was handed to Juan Sebastián Elcano. Of the 237 crew that set out on the voyage only 18 returned in the Victoria with Elcano to Spain in September 1522.
7. Sloop in which Joshua Slocum completed the first single-handed circumnavigation of the world

Joshua Slocum (1844-1909) although born in Nova Scotia was a naturalised American seaman, adventurer and writer. He set sail in the "Spray" from Boston. Massachusetts on April 24, 1895 and three years later arrived at Newport, Rhode Island on June 27, 1898, thus becoming the first person to circumnavigate the world after 46,000 miles (74,000 kms).

The Spray was a 36ft 9in (11,20m) oyster sloop. Slocum wrote a book titled "Sailing Alone Around the World". On November 1909 the Spray and Slocum were lost when bound for South America.
8. Yacht in which Naomi James became the first female to sail solo around the world

Naomi James (née Power) was born in New Zealand and was the first woman to sail single-handed around the world. She left Dartmouth, Devon on the Express Crusader on September 9, 1977 and returned on June 28, 1978 (272 days). The Express Crusader was a Gallant 53 (16m) and was originally named Spirit of Cutty Sark.

She was given to Naomi by Chay Blyth, the Scottish yachtsman. During round the world trip she at one time she nearly lost a mast, capsized and lost radio contact for a number of weeks.
9. Warship that lay in a watery grave for over 400 years before rediscovery in 1971

The Mary Rose was a warship of the English Tudor navy during the reign of King Henry VIII. Launched in 1512 she fought in many battles against Scotland, France and Brittany. In 1545 she sank in the Solent, just north of the Isle of Wight. The remains of the ship were rediscovered in 1971 and raised in 1982.

The raising of the vessel revealed thousands of artefacts which gave a valuable insight into the warfare of the Tudor-era. The remains of the hull are on display at the Portsmouth Historic Dockyard.
10. Name of the research vessel of Jacques Cousteau

The "Calypso" was originally a minesweeper built for the U.S. Navy in 1941 and then loaned to the British Royal Navy. The ship saw active service in the Mediterranean Sea and was handed back to the U.S. Navy in 1947. She then became a ferry in Malta and in 1950 was purchased for Jacques Cousteau.

She was reconstructed and fitted out with special equipment for diving, filming and oceanographic research from 1950-1997. Since Cousteau's death in 1997 she has once again been restored and changed hands several times.
Source: Author zambesi 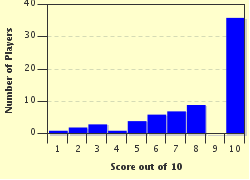