Airplanes come in many different sizes. Even planes of the same design are modified in order to accommodate the specific needs of an airline. Let's see how well you know these particular aircraft families.

Quiz Answer Key and Fun Facts
1. Which of these jets is not a member of the Airbus A320 family?

The Airbus A320 is a twin-engine narrow-body jet. It first flew on February 22, 1987. The Airbus A318 and A319 are both shorter variants of the A320. The Airbus A321 is a longer variant. The Airbus A316 does not exist. The aircraft that miraculously landed in the Hudson River was an Airbus A320.
2. The following jets share a common ancestry except for one. Which is the odd one out?

The line was discontinued in 2006.

The Lockheed L-1011 is a wide-body triple-engine jet.
3. Which variant of the Airbus A340 family has the greatest range?

The Canadair Regional Jet (CRJ) first flew on May 10, 1991. The CRJ-100 and CRJ-200 were the first models to see production. The larger CRJ-700 was released in 1999 with new engines and an updated design. The design was stretched even further with the release of the CRJ-900 and CRJ-1000 models. A CRJ-800 model was never produced.
7. The following are jets built by Brazilian company Embraer except for one, which is it?

Embraer is an aircraft manufacturing company based in Brazil. The ERJ-145 is a 50-seat regional jet produced by Embraer. The ERJ-170 and ERJ-195 are both members of Embraer's E-Jet family. The ERJ-120 does not exist. However, Embraer does produce the EMB-120 Brasilia, which is a turboprop aircraft.
8. The following aircraft are from the Cessna family of airplanes. Which of these is the odd one out of the group?

The Cessna 525 (aka CitationJet) is a twin-engine light business jet. The Cessna 172 Skyhawk, Cessna 182 Skylane and Cessna 208 Caravan are all single-engine propeller aircraft. The Cessna 172 is considered to be one of the most popular airplanes in production.
9. Which of these is the shortest member of the Boeing 747 family? 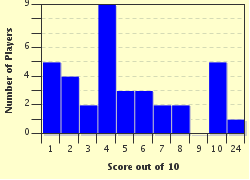 Planes, Airlines, Airports and anything else aviation related


1. The ABC's of Aviation Average
2. So, Just How Did You Get That Callsign? Average
3. One Big Happy Fleet Average
4. Embry-Riddle Aeronautical University Average
5. From HVN to HEL Average
6. Why is My Flight Delayed? Average
7. ICAO Airport Codes Average
8. Name That Jet Average
9. How Does it Function? Average
10. Flying our Nation's Flag Average
11. Do You Want to Build an Airplane? Easier
12. Delta Air Lines Average