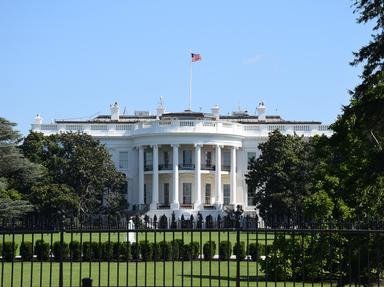 Can you identify some famous nicknames given to former Presidents of the USA?

Andrew Jackson was the 7th president of the United States, serving two terms from 1829-1837. He was the founder of the Democratic Party and a general in the US Army. His soldiers thought he was tough as old hickory wood.
2. Old Rough & Ready

The 12th president of the United States only served 16 months from 1849 until his death in 1850. He died of natural causes relating to digestive issues. He earned the nickname "Old Rough and Ready" in the Second Seminole War. He defeated the Seminole Indians of Florida but was criticized for using bloodhounds to track the Indians.
3. Ike

Eisenhower was the 34th president from 1953-1961. The future President Richard Nixon was his vice-president for both of these terms. Eisenhower was a five-star general in the US Army before running for president. He was known to his family & friends as Ike and his campaign slogan was "I like Ike".
4. Tricky Dick

Nixon was the 37th president of the United States from 1969-1974. He resigned half way through his second term before he could be impeached over the notorious Watergate Scandal, although his successor, President Gerald Ford, later issued him with a pardon. Nevertheless, most people consider he lived up to the nickname given to him at the time of the 1950 US Senate election: "Tricky Dick".
5. The Gipper

Ronald Reagan was an American movie star before becoming the 40th president, serving two terms from 1981-1989. This nickname is from his acting career and the famous quote "Win one for the Gipper", in the film "Knute Rockne, All American".
6. The Great Emancipator

Abraham Lincoln was the 16th president of the United States from 1861-1865 when he was Assassinated. "Honest Abe" was also known as "The Great Emancipator" for his fight against slavery. Even though the Civil War was America's bloodiest war, I believe it was righteous, in that the war was fought for people not land rights.
7. Old Buck

Like many of us common folks, this is just a shorting of his last name. James Buchanan was the 15th president from 1857-1861. He was the United States' only president who remained a bachelor, at least up to and including the 45th. Prior to becoming president he was the Minister to Russia, Secretary of State and Ambassador to the United Kingdom.
8. Old Kinderhook (OK)

Martin Van Buren was the 8th president from 1837-1841. He was born in Kinderhook, New York. Some say the shortening of his nickname, Old Kinderhook, to "OK" started this US slang, but others dispute this, saying "OK" was first used in the 1830s for other reasons.
9. Tippecanoe

William H. Harrison was the 9th president for only 31 days in 1841 before dying of complications from pneumonia. Due to the short term in office, he isn't one of the more memorable presidents, except for the catchy campaign song "Tippecanoe and Tyler Too", using his nickname from the victory at the Battle of Tippecanoe.

His vice-president, John Tyler, served the remaining term as the 10th president, and his grandson, Benjamin Harrison, became president in 1889.
10. Young Hickory

Polk was the 11th president of the United States from 1845-1849. He became known as "Young Hickory" because he was a protege of "Old Hickory", President Andrew Jackson. President Polk led the US to victory in the Mexican-American war, and won the land rights of Texas and California and most of what is now considered the American Southwest.
Source: Author X2Twins 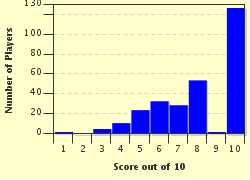 
Other Destinations
Explore Other Quizzes by X2Twins