A quiz about cars sold in the UK through the years.

Quiz Answer Key and Fun Facts
1. Cars in the UE are usually sold in left-hand drive form only; which of the cars below was the only one available in right-hand drive?

The Marak was in fact a 1970s Maserati model. The Colt model is a small hatchback, the Lancer is a family saloon most famous for the extreme Evo versions and the Starion is a coupe from the 1970s.
3. The Ford Escort was one of the top selling cars in the UK throughout its life, but in what year did it first appear in the Ford showrooms?

Released in 1967, it went through 6 distinct models before being phased out and replaced by the Focus in 2000. The general opinion is that the Escort went down hill after the MKII with the change from rear wheel drive to front wheel drive but the public still bought them in droves.
4. Like most of the British car industry, Austin has long since stopped making cars, but which of the names listed below was never worn by an Austin car?

Oxford was a name used by Morris for models in its range from 1913 to 1971. The last Austin cars rolled off the production line in 1989 after which the brand was discontinued although some of the models continued to be produced as Rovers.
5. Between 1949 and 1961 Jaguar produced the XK series of cars. First the XK120 followed by the XK140 and finally the XK150. In the names of the XK cars, what does the number represent?

Although these cars were capable of achieving these speeds apparently it wasn't a very relaxing or pleasant experience. In 1961 the XK series of cars was replaced by the iconic E-type.
6. The European Car of the Year awards were started in 1964 and in this year the top prize was won by a British car, which one?

The Rover 2000, later known as the P6, was very advanced for its time and won awards for safety as well as the European Car of the Year gong. The manufacturer that has won the most European Car of the Year awards is the Fiat group, in recent years the Fiat Punto, Fiat Bravo/Brava, Alfa 156, Alfa 147 and Fiat Panda have all topped the poll.
7. There is a massive choice of Japanese cars on sale in the UK now, but before 1964 there were none. Which Japanese manufacturer was the first to offer a car for sale in the British market?

The car was the Daihatsu Compagno Berlina, and although Japanese cars weren't instantly accepted there combination of excellent reliability and value for money soon won over the British public. The same trend was seen to varying extents to such a degree that in 2007 Toyota overtook GM as the world's biggest car producer.
8. What do the following cars have in common? VW Polo G40, Jaguar XKR, Lancia Delta S4 and Mercedes Benz SLK 230.


Answer: All have superchargers

All of these cars came fitted with a supercharger but only the Delta S4 had a turbo charger as well. The S4 was fitted with both to give the top-end power of a turbocharger without the drawback of turbo lag.
9. Which one of the following cars has the highest top speed?


Answer: They are all the same

All three cars are electronically limited to 155mph. A gentleman's agreement was struck between the big German manufacturers and the transport department in Germany to limit all of their vehicles for safety reasons as the autobahns don't have speed limits in all areas It seems that Jaguar decided to follow suit.
10. What was the first production car that featured anti-lock brakes?

The Jensen FF (based on the interceptor) was a technological tour de force featuring four wheel drive, anti-lock brakes and traction control. All this technology wasn't cheap though and the price tag on these cars meant they were never a real sales success.
Source: Author mcdi7aw2 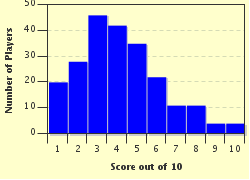 
Other Destinations
Explore Other Quizzes by mcdi7aw2