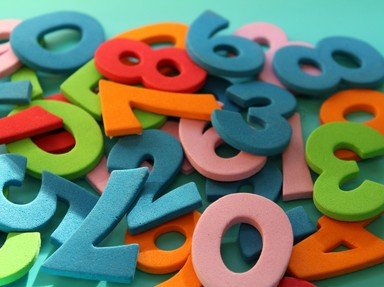 Kilted Kangas are celebrating their ten years of existence and have done a great quiz for you to enjoy and party with us.

Led Zeppelin performed this song on their 1975 album 'Physical Graffiti'. The song was written by Jimmy Page and Robert Plant.

Submitted by Trialballoons.
2. Who had a UK hit with the song 'A Perfect 10'?

The Beautiful South are an English band formed in the 1980s by two ex-members of the Housemartins. In 1998 they reached number two in the UK charts with 'Perfect Ten'. The song's lyrics plainly tell us that size does not matter whether you are male or female. The band had many other hits that charted in the UK including 'A Little Time' and 'Song for Whoever'.

The song was the second single from their second album 'Present Arms'. It reached number seven on the UK singles chart. UB40 are known for their cover versions, but this song was written by the band. '1 in 10' deals with the issue of unemployment in the UK, particularly in Birmingham, where the band hail from. The name 'UB40' refers to the UK unemployment form.

Submitted by elvislennon.
4. Where was the movie "10", starring Bo Derrick and Dudley Moore, filmed?

Submitted by Shedrgn13
5. In the game of Rugby Union, the number 10 is worn by someone playing in what position?

Fly-half and First Five-Eight are the same positions, named differently in different countries.

In rugby, players are divided into a group of forwards and a group of backs. Early in rugby's development, it was found that it was advantageous to have a player/players as a link between the forwards and the backs - a half back/half forward. They became Half Backs. In the northern hemisphere (from Wales), one of the Half Backs was made to stand wider and run at the opposition after a short pass - he was the flying Half Back (later shortened to Fly Half). Other back positions were Full Back (standing behind everyone), and between the Half Backs and the Full Back stood Three Quarter Backs (Centre 3/4's and Wing 3/4's). In New Zealand, they named the players between the Half Back and 3/4's differently. Naturally, if they were between a half (4/8ths) and three quarters (6/8ths), they would be a 5/8th. There were two of these players here, so one became the First Five-Eighth and one was the Second Five-Eighth. Complicated...

Submitted by AdjNZ
6. Canadian financier and lawyer Charles Vance Millar bequeathed a large amount of money in his will to whom or what?


Answer: Woman who gave birth to ten children within ten years of his death

The bequest was known as the 'Great Stork Derby'. It was paid to four women who ended up splitting the prize of nearly half a million dollars. The contest ran from 1926 to 1936.

Submitted by KittyKatey.
7. Which of these mountains is among the ten highest in Australia?

Mount Twynam is the third highest in Australia at 2195 metres, located in the Snowy Mountains in New South Wales. Mount Bogong, Mount Ossa and Bartle Frere are the tallest mountains in Victoria, Tasmania and Queensland respectively.

Submitted by Camulos
8. What Agatha Christie book had to change its title twice due to the original names being deemed overtly racist?


Answer: And Then There Were None

"And Then There Were None" was originally published under a title so racist that nowadays no one would even think of using the word Agatha used. It must be remembered though that this doesn't necessarily mean she was a racist, it was just that she lived in different times. The book was re-titled "Ten Little Indians", which was also considered racist, before finally being re-titled "And Then There Were None".

Submitted by scotsbluebell.
9. Believe it or not, only one of the songs listed actually made it to the top ten on the US Billboard Hot 100 chart. Which one of these songs made the Top ten?

Submitted by bigjohnsludge
10. The Mohs Scale for Hardness has diamonds as Number 10. Eighty percent of the world's pink diamonds were mined where?

The Argyle Mine in Western Australia produced more than 80% of the world's natural pink diamonds. Argyle Mine is located in Western Australia in the Kimberley Ranges, located in the northern part of the state, a very remote and unspoiled area. Argyle Mine started production in 1985, owned and operated by Rio Tinto, and finally closed in 2020. Pink diamonds have been found in other areas of the world in small amounts, including India, South Africa, Canada, Russia and Brazil.

Related Quizzes
1. Stop on a Dime Average
2. Never Again Average
3. Ten Of The Best Average
4. The Number 10 Tough
5. Tens Difficult
6. Countdown Quiz Average
7. Grab Bag Trivia from 1 to 10 Tough
8. I Got Your Number 3 Average
9. Trivia With A One-Two Punch Tough
10. All From The Top Tens Tough
11. One Number Average
12. The First Ten Numbers Average