Rick Rubin has produced several of the Red Hot Chili Peppers CD's ('Californication', 'By the Way', 'One Hot Minute', 'Stadium Arcadium'). Rick has also worked with several other bands and artists, including The Beastie Boys,Mick Jagger, Rage Against the Machine, The Dixie Chicks, and many others.
2. In what year was the Red Hot Chili Peppers' "Blood Sugar Sex Magik" released?

"Funky Monks" was first released as a VHS in 1991, then re-released as a DVD in 1997. "Off the Map" is a RHCP DVD that was released in 2001, it features concert footage of the Californication tour. "Positive Mental Octopus", released in 1990, is a VHS that has concert/back stage footage of the Mother's Milk Tour. Plasma Shaft is a two-disc box set that was exclusively released in Australia in 1994.


Answer: "Under the Bridge"

According to Anthony Kiedis, he was driving in his car and thinking, and he started writing a poem. Rick Rubin happened to stumble upon the poem when he was looking in Anthony's notebook, and he really liked it. So he encouraged Anthony Kiedis to show it to the Band. They all liked it, and then it was made into a song.
6. Which music video off the Red Hot Chili Peppers, "Blood Sugar Sex Magik" is John Frusciante not in?

John Frusciante left the band before "Breaking the Girl" was made into a video. So the replacement guitarist at that time, Arik Marshall, filled in for him.
7. While recording "Blood Sugar Sex Magik", the band members stayed in an old mansion that was supposedly "haunted". Which band member refused to stay there over night?

Chad Smith rode his Harley Davidson to and from the mansion every day. He was also filmed riding his bike. Footage of it is included in the "Suck My Kiss" music video.
8. Which song off the Red Hot Chili Peppers' "Blood Sugar Sex Magik" did Chevrolet want to use in one of their car commercials, but Anthony Kiedis refused to let them?

Anthony Kiedis supposedly does not like the song, so he denied Chevrolet's request to use the song because he "didn't want to do something he didn't believe in doing." He only wrote the song because Rick Rubin wanted a song about "Girls and Cars".
9. What record label was the Red Hot Chili Peppers' "Blood Sugar Sex Magik" released under?

Hillel Slovak was a member of the Red Hot Chili Peppers, but his life was cut short at the age of 26, when he died from a drug overdose in June 1988. The Band at the time (Anthony Kiedis, Flea, and Jack Irons), took Hillel's death pretty hard, so Anthony finally worked himself up to write this song as sort of a tribute to Hillel's memory.
Source: Author prettyn21 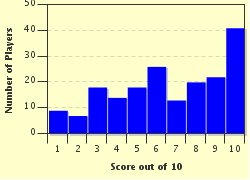 
Other Destinations
Explore Other Quizzes by prettyn21