The BBC Sports Personality of the Year Award has been held annually since 1954. This is the fourth in a series of quizzes on the athletes who have been honoured over the years, covering 1984-1993.

Quiz Answer Key and Fun Facts
1. What are the first names of ice dancers Torvill and Dean, who won the title in 1984?

Torvill and Dean famously won gold at the 1984 Sarajevo Winter Olympics, scoring perfect marks for their performance to Ravel's Bolero. Shortly after this they stopped competitive skating to turn their attentions to professional skating. However, they returned to competition and won bronze at the 1994 Lillehammer Winter Olympics and Gold at the 1994 European Figure Skating Championships.

They retired as a team in 1998 but reunited in 2006 to act as coaches for the TV series "Dancing on Ice". Their routine to "Bolero" came very close to breaking the rules, which stated that each routine last no longer than four minutes.

They had managed to pare the music down to four minutes and eighteen seconds. A re-read of the rules established that the four minutes started from the blades touching the ice, hence they started the routine from a kneeling position to use up the surplus eighteen seconds!
2. Boxer Barry McGuigan won the title in 1985. At which weight-class did he box?

Barry McGuigan (known as the Clones Cyclone) was born in Clones in the Republic of Ireland. He is the first person born outside of the United Kingdom to win the "Sports Personality of the Year" award. He won the WBA World Featherweight Championship in 1985, defeating Panama's Eusebio Pedroza.
Featherweights box at 126 lbs, heavyweights at over 200 lbs, Cruiserweights at up to 200 lbs, and Welterweights at 140-147 lbs.
3. Formula One driver Nigel Mansell won the title in 1986. For which team did he race between 1985 and 1988?

Nigel Mansell won five Grand Prix races in 1986 and was runner-up in that season's championship. He went on to win the championship in 1992. He left F1 racing the following season after a disagreement with Williams. In 1993, he started CART racing for Newman/Haas and won the World Series, making him the first person to have been F1 World Champion and winner of the CART World Series.
4. Fatima Whitbread won in 1987. In which discipline did she win a gold medal at the European Championships in Rome that year?

Fatima had previously broken the world record by throwing 77.44 metres in a qualifying round for the 1986 European Championships in Athletics, where she also won a gold medal. She went on to win a silver medal at the 1988 Seoul Olympics.
5. The winner in 1988 dominated snooker in the 1980s. Who is this 'interesting' person?

Steve Davis won the Snooker World Championship for the fifth time in 1988, and went on to win it again the following year. He is credited with being the first person to become a millionaire through playing professional snooker. He was also the first person to make the first televised maximum 147 break.
Steve's impassive impression and quiet manner when being interviewed led to him being labelled as boring. He received the ultimate accolade when he was immortalised as a "Spitting Images" puppet and given the ironic nickname of "Interesting".
6. Nick Faldo won the BBC Sports Personality of the Year Award in 1989. He is most associated with which sport?

Nick Faldo won the US Masters in 1989, as well as the British Masters, the Volvo PGA Championship, the French Peugeot Open, and the Suntory World Match Play Championship. He started playing golf after watching it being played on TV. His professional career had lasted over 30 years, and in 2008 he captained the European side in the Ryder Cup.
7. Footballer Paul Gascoigne won the award in 1990. Which club was he playing for at the time?

Paul Gascoigne (known as "Gazza") started his professional career with Newcastle, but in 1988 transferred to Spurs. In 1990, he played a key role in getting England through to the World Cup semi-final against Germany, which they lost on penalties.
8. Which distance runner won the award in 1991?

Liz McColgan won a gold medal for the 10,000 metres at the World Championships at Tokyo that year. She had also won a gold medal in both the 1986 and 1990 Commonwealth Games for the same event. She then branched out into running Marathons and won the 1991 New York Marathon, the 1992 Tokyo Marathon and the 1996 London Marathon.
9. Nigel Mansell won again in 1992. Which tennis player of Armenian heritage won the "Overseas Sports Personality of the Year" award that year, having won the Wimbledon Men's Singles?

Andre Agassi's father was determined that his son should excel at tennis, and started his training when he was an infant. He turned professional at the age of 16. He had refused to play at Wimbledon until 1991, as he said he didn't want to adhere to the strict all white dress code.
10. Linford Christie won the award in 1993. He won an Olympic gold medal in 1992. What record did he set by doing this?


Answer: The oldest man to win Olympic gold in the 100 metres

Linford Christie was aged 32 years when he won his Olympic gold medal at Barcelona. Although he has an impressive haul of gold medals for the 100 metres and the 4x100 metres relay, the 1992 medal remained his only Olympic gold. He won bronze behind Ben Johnson and Carl Lewis at the 1988 Olympics, which was later upgraded to silver after Johnson's disqualification for steroid abuse.
Source: Author Supersal1 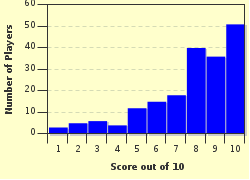