Just Hanging Around in the Sea Quiz

There are more than 85,000 species of molluscs (or mollusks, the two are interchangeable) in the world's oceans and seas. Here we meet just ten of them.

Quiz Answer Key and Fun Facts
1. The pictured 'Clinocardium nuttallii' is a large, edible saltwater bivalve mollusc. It is one of many species in the 'Cardiidae' family, which can be found living in sheltered, sandy beaches around the world. By what general name are members of this family known?

The 'Cardiidae' family includes more 200 species generally known by the common name of cockles. The distinctive feature is their bilaterally symmetrical heart-shaped shells. The pictured species, 'Clinocardium nuttallii' is a basket cockle (or heart cockle), which is native to the west coast of North America, from the Bering Sea to California.
2. The pictured shell belongs to the 'Arcinella cornuta', a species of bivalve mollusc native to the southeast coast of North America. This is one of numerous species in the 'Chamidae' family which are known collectively by what name?

The 'Chamidae' family consists of numerous saltwater species known as jewel boxes, or jewel box clams. The pictured species, 'Arcinella cornuta', is the Florida spiny jewelbox, which lives along the Atlantic Ocean coast of North America, between North Carolina and Florida, and into the Gulf of Mexico along the east coast of Texas.

Other members of the family include the leafy jewelbox, the cherry jewelbox and the smooth-edged jewelbox.
3. You may be surprised to discover that not all molluscs are entirely enclosed within shells. 'Panopea generosa' is a large, edible, saltwater clam native to the west coast of North America. What type of mollusc is this?

'Panopea generosa' is commonly known as the Pacific geoduck. Its shell is relatively small, 6-8 inches long, and is usually buried beneath the seabed; but this is dwarfed by its siphons which can grown to more than three feet in length. This is the world's largest burrowing clam. With an average lifespan of around 140 years, it is also one of the world's longest-lived creatures.
4. 'Donax' is a genus of bivalve mollusc often seen on beaches as the tide retreats, washing them out of the sand (although they quickly dig themselves back in). The pictured 'Donax vittatus', the banded wedge shell, is a native of beaches in northwestern Europe. By what common name are species within the 'Donax' genus widely known?

The various species of wedge shells are also known as bean clams. Filter feeders, these clams often migrate up and down the beach with the changing tides.

'Donax vittatus' is found burrowing in the sand on recently-exposed beaches from the north-east coast of Africa to the Baltic Sea via Spain, the British Isles and Scandinavia. The shells can be white, yellow, brown, pink or violet and are usually about just over an inch long and half an inch wide. They are asymmetric and wedge-shaped, hence their name.
5. Native to North America's eastern seaboard and the Gulf of Mexico, 'Crassostrea virginica' is also farmed commercially in Washington state's Puget Sound, where it is known as a Totten Inlet Virginica. The state shellfish of Connecticut and the state shell of both Mississippi and Virginia, what type of mollusc is this?

The various species of oyster are divided between two families, 'Ostreidae', which contains most of the edible species, known as 'true oysters', and 'Pterioida', which includes species or pearl oysters and winged oysters. Many of the species have irregularly-shaped shells, caused by attaching themselves to rocks or other hard surfaces.

'Crassostrea virginica', known as the eastern oyster, Wellfleet oyster and American oyster, has a relatively symmetrical shell. Originally discovered in the waters of the Chesapeake Bay and its tributaries, the population remaining there today is a fraction (around 1%) of the number that were in the region some 400 years ago.
6. The pictured 'Atrina rigida' is a bivalve mollusc native to the eastern Atlantic Ocean coast from Brazil to North Carolina and throughout the Caribbean islands. An ancient creature, fossils of this species and its cousins in the 'Pinnidae' family have been found worldwide dating back almost 250 million of years. What sort of mollusc is this?

The 'Pinnidae' family of large, saltwater clams contains numerous species known collectively as pen shells. Long and triangular, the creatures that inhabit these fragile shells live anchored to the seabed using filaments they discreet known as byssus. These filaments are used to make the rare fabric known as sea silk or byssus cloth.

'Atrina rigida', or the rigid pen shell is native to the surrounding the West Indies and nearby mainland coasts. In Mexico, they are harvested both for food (similar to scallops) and for the rare black pearls they produce.
7. One way in which our next animal family is unusual is that its shell is inside its body. It also has eight arms and two tentacles, each armed with suckers equipped with numerous teeth. Oh, and they also feed on other molluscs. The pictured species is 'Metasepia pfefferi', a native of Indo-Pacific waters. What types of creature is this?

The 'Sepiidae' family includes many of the more than 120 species of cuttlefish, which, despite their name, are molluscs rather than fish. The internal shell is known as the cuttlebone. Cuttlefish range in size from just 6 inches long to as long as 20 inches; the Australian giant cuttlefish, 'Sepia apama', which can weigh in at up to 23 pounds.

The pictured 'Metasepia pfefferi' is the aptly-named flamboyant cuttlefish. A native of the tropical waters off northern Australia, southern New Guinea and in the Philippines, Indonesia and Malaysia, they are spectacular to look at. You wouldn't want to eat one, though: its flesh contains a unique poison.
8. The 'Teuthida' order contains more than 300 species of this cephalopod. Strong swimmers, many of them live in the dark depths of the oceans, but some can also fly out of the water for short distances. The pictured species is 'Cranchia scabra', one of the smaller members of the order. What type of creature is this?

There are some 304 species of squid in the 'Teuthida' order. like their close cousin, the cuttlefish, squid have eight arms are two (usually) longer tentacles. Squid families come with some exotic-sounding names: armhook squid, bush-club squid, comb-finned squid, whip-lash squid and rhomboid squid, to name but a few.

No less exotic is the 'Cranchiidae' family of some 60 species of glass squid, of which our pictured example is one. They are also known as cockatoo squid, cranchiid and bathyscaphoid squid. 'Cranchia scabra' grow to a length of about six inches in length and live in the partially sunlit, shallow waters of the upper ocean.
9. There are more than 900 species in the 'Polyplacophora' class. Consisting of a dorsal shell comprising eight overlapping plates surrounded by a girdle, chitons can cling to rocks or limp along the sea floor on their single foot. The pictured species, 'Tonicella lineata', is native to the north Pacific. By what common name are these creatures often known?

Although formally called loricates or polyplacophorans, chitons are commonly called sea cradles or coat-of-mail shells. Found worldwide in both warm and cold waters, they mostly live in shallow water where there is plenty of sunlight, although some species have been found as deep as 20,000 feet below the surface. They are usually found clinging to rocks or other hard surfaces.

'Tonicella lineata', or the lined chiton, is one of the most colourful species within the class. native to the north Pacific. They are found on both sides of the ocean, from Alaska to California, and from eastern Russia to northern Japan.
10. There are many families and superfamilies within the 'Patellogastropoda' clade, although some of them now containing only extinct species. The numerous extant species of marine gastropods molluscs within the clade all have cone-shaped shells and can usually be found adhered to rocks or other surfaces. The picture shows 'Fissurella volcano', a native of the western Pacific. Which type of creature is this?

Historically called the 'Docoglossa', species within the 'Patellogastropoda' clade are commonly known as true limpets. Members of the alternative 'Vetigastropoda' clade, although also called limpets, are also known as sea snails. Almost exclusively found strongly adhering to hard surfaces, mostly rocks, their teeth are made from the iron-based mineral goethite, one of the strongest known substances.

'Fissurella volcano' is commonly known as the volcano keyhole limpet. It is commonly found clinging to the underside of rocks along the Californian coast of the Pacific Ocean.
Source: Author EnglishJedi 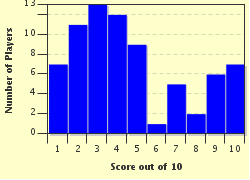