What Do You Know About Elephants? Quiz

This is a true or false quiz so of course you have a 50/50 chance of a right answer. So, let's see, what you know about elephants? Good Luck

Quiz Answer Key and Fun Facts
1. The African Elephant is smaller than the Asian Elephant

The African Elephant weighs between 3,500 and 12,000 kg (7,700 and 26,000 pounds). They can reach a height of 4 meters (13 foot) at the shouder. The females are smaller. The African Elephant has a concave back and very large tusks and their foreheads are flat.

The Asian Elephant weighs between 3,000 and 6,000 kg (6,613 and 13,000 pounds). They can reach a height of over 3-4 metres (9-13 foot) at the shoulder. Their ears and tusks are much smaller, their backs are convex and they have two bumps on their forehead. Female Asian Elephants do not have tusks, whereas the African female elephants do.

African Elephants have 'two-fingered' trunks, whereas the Asian Elephant has a "one-fingered" trunk. These "fingers" are called proboscides, which they use to gather food and other small objects. An elephant's trunk is both its nose and its top lip and it has no bones and there are approximately 40,000 muscles in an elephant's trunk.

Elephants use their trunk to scratch an ear or rub an eye, or strip vegetation from branches and pull up grasses and of course, to drink. They can use their trunk as a snorkel when submerged in water and the trunk can syphon up to approximately ten litres of water. They also use their trunk to smell things. A bull elephant can lift about 270 kilograms with its trunk and a baby elephant can lift about 4% of its own bodyweight. Normally, if an elephant is charging with an outstretched trunk, it is only bluffing, but is deadly serious if its trunk is tucked down.
3. The Asian Elephant has more toes on each foot than the African Elephant

Their two gaits are walking and a faster walk, which is like running.
4. The gestation period for an elephant is 22 months.

After a gestation period of 22 months, usually a single calf is born and weighs about 115k (260 lbs) and is approximately 75cms (2.5 ft) tall. Like more intelligent species, baby elephants have virtually no survival instincts, which have to be learned from their mother and others in the herd. It can be up to five years between the birth of successive calves.
5. There are two types of African Elephants.

The savanna elephant is the largest land animal. Their tusks are larger than the forest elephant and they curve outwards, and their skull is a different shape to that of the savanna elephant.
6. The person who looks after and rides an Asian Elephant is called a mahout.

"Mahout" is a Hindi word. A boy starts life early as a mahout, normally following his father and grandfather before him, when he is given an elephant that he has to train and take care of usually for the rest of the elephant's life. The tool used by a mahout is called a "ankusha" which is a long stick with a barbed hook that is used to prod the elephant. Throughout south-east Asia, elephants are used as beasts of burden.
7. The colour of the skin of an elephant is white at birth.

Baby elephants are born with more hair than an adult and the hair is usually a reddish brown, which diminishes and turns darker as the elephant gets older. Their skin is grey.

Adult Elephant skin is usually greyish black, but is quite often coloured by the soil where the elephant lives as elephants throw soil over their backs. Their skin is very sensitive to the sun and baby elephants are often concealed from the sun by their mothers as they can become badly sun burnt. One of the reasons elephants wallow is to coat their skin with mud to protect it from the sun.

An elephant is no longer classified as a baby after it has been completely weaned off its mother's milk, which is usually between the ages of five and ten. An elephant is an adolescent until the age of about 17 by which time it has reached its sexual maturity. About the age of 18 an elephant becomes an adult.

Elephants usually do not mate until they are about 20 years old and females can bear calves up to about 50 years old. The life expectancy for an elephant is approximately 60-70 years.
9. An elephant has between 300 to 315 bones in its body

The different species have a differing amount of bones but the number is between 326 and 351 and depends on how many numbers of caudal vertebrae, lumbar, thoracic and sacral bones there are.

Tusks are elongated incisors and are made of ivory. One-third of the tusk, which is made up of nerves, blood and tissue, is embedded into the elephant's head, and the visible ivory is made from dentine having an outer enamel layer. Elephant's tusks never cease growing and weight between 23-45 kg (51-100 lb) and the length can be from 1.5 to 2.4 meters (5 to 8 foot) long. Large, old African bulls tusks, can weigh up to 90 kg (200 lb) and grow to a length of over 3 meters (10 ft).

As well as tusks, elephants also have teeth, which grow in cycles over its lifetime. Tusks usually commence to grow by the end of the first year, but five or six times over the elephant's lifetime (until the age of 40 to 60), the chewing teeth are replaced. The total number, including tusks and the two milk precursors of the tusks, is 26. The molars can weigh up to 2kg (4lb) each and are about 30cm (1ft) long.
Source: Author wenray 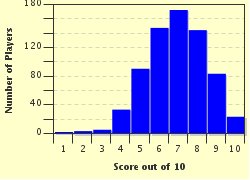