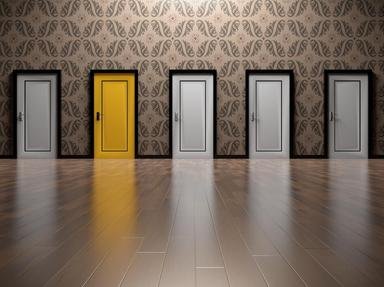 Mister Magoo is in his garden but he is very myopic and has lost his flowers and plants. After walking into the manure heap, he is now asking for your help by solving this mixture of brain teasers.

Quiz Answer Key and Fun Facts
1. Rebuses: Mister Magoo is an elderly gentleman who is short sighted and very forgetful. He was walking in his garden and he could just see the faint outline of a small orange flower. Can you help him by answering this brain teaser? Wed as man and wife + Precious metal

The answer was MARIGOLD made up of Marry + Gold.

A marigold is a small orange or yellow summer bedding flower which can be found in many gardens. Plant near to tomatoes and they are said to ward off garden pests.
2. Hidden Words: Poor Mister Magoo enjoys smelling flowers because his eyesight is not so good. Can you find the flower hidden in the following sentence? Mr Magoo plants his cilantro seeds in the greenhouse.

The answer was ROSE.

Mr Magoo plants his cilantRO SEeds in the greenhouse.

The rose is one of the most popular flowers you can find in the garden. People who have poor vision appreciate highly scented blooms so they can enjoy the outdoors better.
3. Missing Letters: Mister Magoo is trying to find a vegetable in his garden but all the vowels are missing. Can you help him? BTRT

The correct answer was BEETROOT.

Beetroot is a taproot which grows underground. The traditional blood red vegetable can be eaten hot or cold, added to salads, soups or eaten as a snack.
4. Words in Common: Mister Magoo stumbled around his garden and thought of a brain teaser he heard on television last night. Can you guess the word by answering this clue? What word can go after Sweet, Chick, and Split?

The answer was PEA.

Sweet pea, chickpea and split pea can all be grown in the garden. Sweet peas are scented flowers which grow on a climber, and chickpeas and split peas are types of legume.
5. Fractured Words: The neighbour was very concerned about Mister Magoo as he was digging up his flowers instead of the weeds. Can you guess which of these he dug up in error WHIST HEAR RHEA

The answer was WISTERIA.

A wisteria is a climbing plant which is normally lilac and white. They can be seen growing abundantly on the side of houses or on trellises.

NB: The wisteria is also known by its less common name 'wistaria', named after the American anatomist, Dr Caspar Wistar (1761-1818).
6. Missing Letters: Not only is Mister Magoo missing his marbles but he has also lost the vowels from his favourite plant. Which plant was it? HYDRNG

The answer was HYDRANGEA.

Hydrangea is a popular shrub with flowers which are affected by the type of soil. The flowers turn blue in acidic soil and pink in alkaline soil.
7. In Other Words: Mister Magoo was getting very confused and mixed his seeds up. Which flower did he grow by mistake? Sad Chime

The answer was BLUEBELL.

Bluebells grow in the spring from a small bulb which have a very invasive habit. The blue, pink or white flowers resemble small bells, hence their name.
8. Anagrams: Mister Magoo was starting to get tired so he laid back in his hammock to have a snooze. Can you help him guess the floral anagram which is in block capitals? Mister Magoo had a MAIN URGE to fall asleep.

The answer was GERANIUM (MAIN URGE).

Geraniums are ideal when the are planted in patio tubs or pots. They come in a variety of colours including pink, red, white and orange.
9. Fractured Words: Mister Magoo nearly fractured his ankle once when he tripped up on a cobblestone. Can you guess which flower he was looking at when the accident happened? Chew Leap

The answer was TULIP.

Tulips in the spring bring a splash of colour which has been missing during the winter months. They are grown from bulb in the autumn and come into bloom from March onwards.
10. Missing Letters: Mister Magoo has finished gardening for the day and has collected some flowers to put in a vase on his windowsill. Which plant did he choose? CRNTN

The answer was CARNATION.

Carnations can be grown in the garden but they are a popular choice as a cut flower for inside the house. They come in a variety of colours including pink, red, white and yellow.
Source: Author Plodd 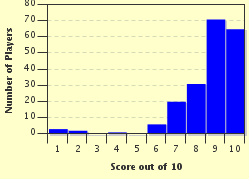