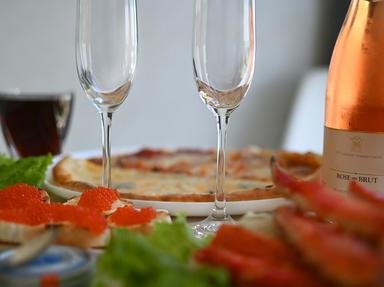 This is for all of the Jared Leto fans, and those of 30 Seconds To Mars.

Jared Leto was born Jared Joseph Leto on December 26, 1971 in Bossier City, Louisiana. He was brought up in Louisiana with his older brother, Shannon Leto (who is also one of the members of his group). Jared wanted to do more than just act, he wanted to sing as well; after all, he was brought up in a house full of artistic people. So he and his brother and two friends decided to create a group and that's how they became a group called 30 Seconds To Mars.
2. In what movie did Jared star with Brad Pitt?

The film "Fight Club" (1999) was about how two people started a male aggression organization. In the movie Jared played Angel Face, whose face was beaten beyond recognition. Brad Pitt and Edward Norton starred as The Narrator and Tyler Durden.
3. What was the name of Jared's first movie, that came out in 1995?


Answer: How to Make an American Quilt

Jared starred in his first feature film "How to Make an American Quilt" (1995) alongside actress Winona Ryder. The movie was about a bride-to-be, Finn Dodd, who heard from elders about love and sorrow, which made her regret getting married in the first place. Jared's character in the movie was Beck.
4. What was the name of the band Jared was in?

Jared and his brother Shannon were in a band called "30 Seconds To Mars" which they got together in 2001 with their friend Tomo Milicevic. The group was created because they wanted to do more with their lives.
5. What was the name of the film Jared had to pack on a lot of weight?

Jared had to gain a lot of weight for his role as Mark David Chapman for the film "Chapter 27" (2007). The movie was about the story of Beatle John Lennon, a successful musician and singer, and the person who took three days to plan the perfect assassination: Mark David Chapman.
6. Can you name the 2002 film in which Jared's character had half of his face burnt?

His face was burnt by gasoline and fire. The reason why his face became burnt was because his character, as well as two other characters in the film were attempting to burglarize a house.
7. To whom was Jared Leto engaged for two years?


Answer: University of the Arts in Philadelphia

Jared attended the University of the Arts in Philadelphia. When he was done in school in Philly he transfered to School of Visual Arts in Manhattan to study Film and Video.
9. What was the name of the movie that Jared starred in with Colin Farrell, about a Greek soldier?

In the movie "Alexander" Jared played Hephastion, the lover of Alexander the Great. Everyone thought that Alexander was gay because he loved Hephastion more than his own wife. Alexander who was King of Macedonia, and also the greatest military leader in all of history, and who conquered much of the known world. "Fortune favors the bold"- Alexander the Great.
10. What was the name of the album 30 Seconds to Mars released in 2005? 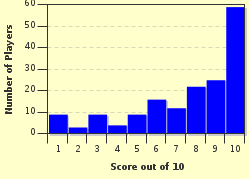 
Other Destinations
Explore Other Quizzes by i_luv_rugby90