This quiz is about the fourth Harry Potter book. Some of the questions are tough, see if you can get past them. Have fun!

Quiz Answer Key and Fun Facts
1. When Rita Skeeter prints a bad article about Hagrid in the Daily Prophet, which Professor teaches Hagrid's Care of Magical Creatures class while he is away?

During Harry's Care of Magical Creatures class, Professor Grubbly-Plank had the class study unicorns.
2. What was the article Rita Skeeter wrote about Hagrid called?

Hagrid was deeply ashamed of the fact that he was half-giant. Giants were known to be vicious and cruel in the wizarding world.
3. When the school champions were being chosen from the Goblet of Fire, whose name came out first?

4. What is the spell Ludo Bagman says to magically magnify his voice when he commentates?

5. What kind of Dragon did Cedric have to face in the first task?

Harry had the most difficult and dangerous dragon, but he managed to do the best job out of the four champions!
6. What is the name of the Fat Lady's nosy friend who hops from portrait to portrait telling rumors?

7. In Sirius's letters to Harry, whom does he suggest Harry should watch out for?

Karkaroff use to be a Death Eater for Lord Voldemort and Sirius does not trust him, he thinks Karkaroff put Harry's name in the Goblet of Fire.
8. What do Fred and George Weasley do to try and get past Dumbledore's age line to enter their names into the Goblet of Fire?


Answer: They use an aging potion

Their attempts don't work, and when they cross the line, they were thrown back and long beards appeared on their faces!
9. Where do Harry, Hermione, and Ron meet Sirius in person?


Answer: In a cave near Hogsmeade

They brought Sirius some food.
10. At the Weighing of the Wands Ceremony, what kind of creation does Mr.Ollivander think Krum's wand is.( He is also correct) 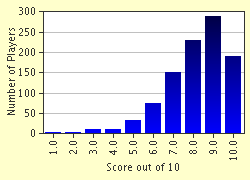 
Other Destinations
Explore Other Quizzes by nsyncrockerchic