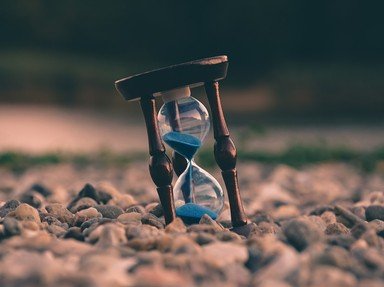 A quick quiz that won't take up much of your time. This quiz is only about things that have to do with the words quick, fast, or short.

Quiz Answer Key and Fun Facts
1. What is the fastest land animal?

A cheetah can run 60-70 miles per hour. The fastest humans can not even run close to that!
2. Which of these is the fastest fish?

Although it is hard to measure the speed of fish, the sailfish is believed to be the fastest fish. It can apparently swim 68 miles per hour over short periods.
3. What is the fastest bird?

The Peregrine Falcon is not only the fastest bird, but it is also the fastest creature on the planet!
4. Which of these is the shortest time span?

The inch is about 2.5 centimetres. The meter is way bigger than both the centimeter and the inch. A gram is not a measurement of length.

The measurement is spelled '(centi)meter' in the US. 'Gramme' is spelled 'gram' in the US.
6. Which of these words best completes this sentence grammatically: He _______ dodged the speeding car.

'He quickly dodged the car' is the only grammatically correct sentence.
7. Which of these things most likely takes up the least time?

Taking a shower can be done within 3-10 minutes. Most books would take at least an hour to read. An average movie length is from 1 hour 30 minutes to 3 hours. Driving from LA (Los Angeles) to New York would take several days.
8. What is the shortest sentence in the English language?

George Washington and Abraham Lincoln were actually pretty tall. James Madison, however, was only five feet, four inches tall.
10. Which of the following US presidents served for the shortest amount of time?

William Henry Harrison was only in office for 32 days. He got pneumonia and never recovered.
Source: Author lakerzz8 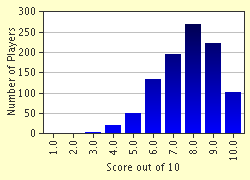 Related Quizzes
1. Easier Peasier Average
2. Random Knowledge Average
3. Original Spin Average
4. General Madness: The Quiz Average
5. Generally Irrelephant Average
6. Did You Ever Notice? Average
7. Bad Jokes Average
8. Do You Know Who I Am? (Part 2) Average
9. Things Everyone Should Know Average
10. Mixed Trivia For All Average
11. One of the Most Random Quizzes on FunTrivia Average
12. Ten Things You Never Wanted to Know About Me! Average


Other Destinations
Explore Other Quizzes by lakerzz8