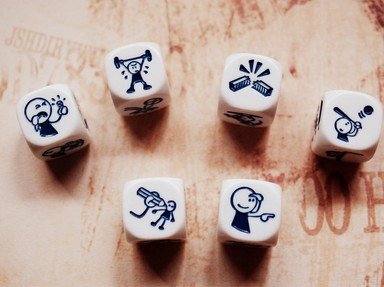 Which Way Is Out? Trivia Quiz

I need to get out of the museum, but I do not know which way is out. I ask some people in the museum to direct me to the doors, but it's not always easy to follow their directions. Can you help me get out?

Quiz Answer Key and Fun Facts
1. "Excuse me, sir, but can you direct me as to which way is out?" I ask a man nearby. "Sure," he says, "go down the hallway until you reach the moai statue, and take a left." I thank the man kindly, but as I'm going down the hallway, I'm struck with the realization that I don't know what a moai is. I know it is a statue, but what kind of statue, exactly?

A moai is more commonly known as an Easter Island head. However, moai are actually full-bodied statues. But, because of their over-sized heads, most believe the statues to be nothing but the head. The statues were made between 1250-1500 to represent dead ancestors of those living on Easter Island during that time.
2. Once I turn left, I still see no exit. I ask a tour guide how to get out of the museum. He tells me to keep walking until I reach a scale model of Uluru, and take the stairs curving around it. Great, that didn't help at all. Maybe I can ask someone what Uluru is.

Uluru, or Ayers Rock, is a giant red sandstone structure near Alice Springs, Northern Territory, Australia. It is part of the Uluru-Kata Tjuta National Park, with Kata Tjuta appropriately being the other main site in the park. Uluru stands at over 2,800 feet (860 meters) tall at its highest point.

The Foundation Stone is a rock with a hole in it, which is said to be the entrance to the Well of Souls. It is found in Jerusalem's Dome of the Rock.

The White Cliffs of Dover are cliffs that form part of the coastline in the United Kingdom, and they get their white color due to their chalky composition.

The Heel Stone is a rock near Stonehenge that points toward the structure, and during Summer Solstice, the sun rises directly above the rock.
3. Again, I find myself near no exit. I ask an elderly woman with a nice French accent, and in her best English she tells me to go straight until I see the "Le Bleu de France". She says it is a diamond, but I don't know which diamond. It's in the diamond room, and it could be any one of these gems! Which diamond was once known as the Le Bleu de France?

The Hope Diamond is a diamond cut from the French Blue (or Le Bleu de France) Diamond. It is a 45.52 carat diamond, and is blue-gray to the naked eye. However, under ultraviolet light, it has a reddish tint to it. It is famous for allegedly being cursed.
4. Somehow I find my way into the marine display in the museum. I see someone who looks like a marine biologist, so I ask them which way is out. She simply tells me, "There is a door right under Phoenix. Go through the door and you'll soon be out." I'm sure she doesn't mean Arizona. In fact, she means the giant 45-foot replica of a female whale, hanging from the ceiling. What kind of whale is Phoenix, who famously hangs in the Smithsonian?

Phoenix was a female right whale, and the life-size replica hangs above heads in the Sant Ocean Hall. The North Atlantic right whale was studied by researchers, and the replica was hung up from the ceiling as a "tribute" to the great sea mammal.
5. A tour guide tells me that to get out of the museum, I must first get to the ground floor. I ask which way the elevators are, and he tells me they are down the hall and to the right. The main elevator is in a scale-model replica of "La dame de fer", which he tells me means "Iron Woman". What famous structure is nicknamed the Iron Woman?

The Eiffel Tower is the tallest building in Paris, France, and was built by Gustave Eiffel in 1887-1889. It opened in March of 1889. Millions of people climb the stairs (or take the elevator) of the tower each year, making it the most-visited monument in the world.
6. I find myself in a hallway designed to look like a gorge. Below the glass floor, there is a small flow of water, which is meant to be the Colorado River. A nice young lady tells me that I've found my way into the Ongtupqa Hall, and the exit should be near the end of the valley-hall. Which famous gorge is known as Ongtupqa in the Hopi language?

The Grand Canyon was carved by the Colorado River at least 17 million years ago. It is found mostly in Arizona, where the Grand Canyon National Park is located. It is 277 miles (446 km) long, and can be up to 18 miles (29 km) wide.
7. I find my way to a room with a desert theme. It shows the landscape, plants, and animals that you might see while in this particular desert. The sign says the room is simply called "The Greatest Desert", so I don't know which desert it is. But someone tells me the exit is on the left path in this room, so that's where I head. Which of the world's deserts is called the "Greatest Hot Desert"?

The Sahara Desert is over 3,320,000 square miles (9,100,000 square km) in area, making it the largest hot desert in the world. However, both the Antarctic Desert and the Arctic Desert are larger, but are considered "tundras", or "cold deserts". The Sahara is found in Africa, and covers most of the northern part of the continent.

The size of the Sahara Desert can be compared to Europe, or the United States.
8. I talk to a security guard patrolling the museum next. He tells me the exit is through the Mountain Room, with the display of all of the world's highest peaks. He tells me the exit is to the right of Savage Mountain. Great, there are doors everywhere, and not a single mountain is named Savage Mountain. I see someone reading the plates for each mountain, and ask where the mountain is. They tell me that Savage Mountain is another name for what?

K2 is the second highest mountain above sea level, second only to Mount Everest. It is one of 14 "8000ers", or mountains over 8,000 meters tall. K2 is 28,251 feet (8,611 meters) tall. The mountain is called Savage Mountain because it is very difficult to ascend. In fact, of all the 8000ers, it is the second highest in fatality rates.
9. I decide to ask a nice lady for directions on how to get out. She tells me that the bathrooms are in the Flavian Amphitheater in the Forum Gift Shop. She obviously didn't hear me correctly, though I could use the restroom before I go. What structure should I be looking for to find the Forum Gift Shop?

The Colosseum, or Coliseum, is an amphitheater in Rome, Italy. It was built between 70-80 CE. The theater could hold 50,000 people, and this is where people would go to watch gladiators fight to the death. The Colosseum became known as a religious site in the 16th and 17th centuries, but before that, in the 5th century, it couldn't have been more opposite. Gladiators would be sent out to fight to the death, clearly not a religious site at all.

In the 12th century, it was thought that the Colosseum was used for many martyrdoms, sending people out with no weapons or armor and being attacked by lions and tigers, but it was actually the Circus Flaminius where these were held.
10. I finally see the exit, and I head for it. The door is inside a replica of the jaw of some sort of shark-like creature. It resembles a huge great white shark, in a way. I know it better by the initial C, but the guard tells me to step through the Carcharocles what?

The C. megalodon is an extinct shark that died off around one and a half million years ago. Though the size of the C. megalodon is often disputed, it is believed to reach a length of about 67 feet (20.3 meters), weighing in at 103 tons (114 short tons)! Though many believe the C. megalodon to be an ancient relative of the great white shark, due to its similar appearance, this is up for much debate.

Some believe the great white shark to actually be a relative of an old mako shark.
Source: Author salami_swami 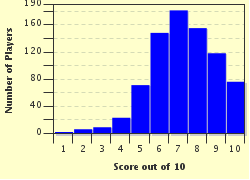