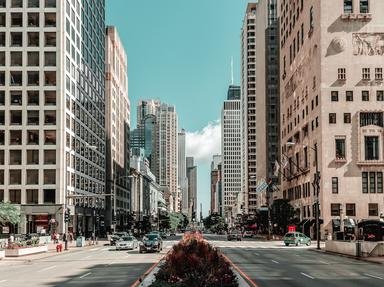 What's the BIG deal? Small towns can be fun too!

Quiz Answer Key and Fun Facts
1. Located in northern Nebraska, this romantically named town, is the gateway to the Niobrara River, a National Scenic River.

Valentine, located in northern NE in Cherry County, had a population of 2,786 in 2005. The town was named for Edward Valentine, a Civil War veteran. It is the gateway town for recreational canoeing and tubing on the Niobrara River. The Niobrara River was named a National Scenic River in 1991.

In addition to the Niobrara River, other area attractions include Smith Falls, and The Valentine Refuge. The Refuge is home to many American plains animals, including Bison and Elk.
2. This Pennsylvanian town, which began as an Utopian community for the Moravian Church, boasts the first commercial pretzel bakery in the U.S.

Lititz, PA is located in the heart of Lancaster County. In 2005 its population was 9,008. It was started as a closed community for the Moravian Church. It was to be their Utopia. Besides being the home of the first pretzel bakery, the Sturgis Pretzel Bakery.

It is also home to the longest continuous Independence Day celebration in the U.S. and Linden Hall, the first girls' boarding school in the U.S.
3. Although located on the opposite coast, this town became the back drop for the fictional town Cabot Cove, ME of the popular t.v series, 'Murder She Wrote'.


Answer: The City of Mendocino, CA

The city of Mendocino is located in Mendocino County, north of San Francisco in CA. In the year 2000 its population was 824. During the popular t.v. show 'Murder She Wrote', the outside scenes were often filmed in Mendocino, including the opening scenes. Mendocino is an artist community, which is also known for its wineries and Redwood forests, and lighthouses.

It is just south of Fort Bragg. The town host many tourists every year and has a popular Wine and Mushroom Fest event.
4. This Indiana town shares a name with one of the most beloved figures of all time.

Santa Claus, Indiana is located in Spencer County. In the 2000 census it had a population of 2,041. First named Santa Fe, it was the postal system, which forced the town to change their name. Although it is no longer known why, the town changed its name to Santa Claus in 1856 and has been known by that name ever since.

In the early 1900's, business leaders began seeing the opportunities available in using the town's name to their advantage. Today Holiday World, a Christmas themed amusement park is one of Indiana's top tourist attractions.
5. This New Mexico town renamed itself after a popular radio show in the 1950's.

As a publicity stunt, Ralph Edwards, host of the popular radio show, 'Truth or Consequences' announced that he would broadcast from the first town that would change its name to the title of the show. Hot Springs, NM was the first to respond and in 1950 became Truth Or Consequences, NM. Ralph Edwards would come back and visit the town the first week-end of May for the next 50 years.

In the 2000 census the town had a population of 7,289. It is located in Sierra County. In later years the town became the hometown of the fictional wrestling persona, Cactus Jack. Virgin Galactic, the first company to develop commercial passenger flights into space located its international headquarters 25 miles south of Truth or Consequences.
6. This small Idaho town could be called the gateway to Hell.

The town of Riggins, ID is located in Idaho County. In 2005 it had a population of 410. The town is the gateway to the popular recreational area, Hell's Canyon and the Seven Devils Mountains. The town is also close to the Snake and Salmon Rivers. The town is a popular destination for hunters and fishermen.
7. Although named for a common bird, this Tennessee town became more known for its 'songbird'.

Pigeon Forge, TN is located in the eastern part of the state, near the entrance to the Great Smoky Mountains National Park. In 2005 its year round population was 5,784. However, during the summer its most popular attraction, Dollywood Amusement Park, named for former area resident and popular Country Western singer, Dolly Parton hosts 11 million visitors.

This small tourist town is located within a day's drive from 2/3 of the nation's population.
8. This small Texas town is famous for its mysterious light phenomenon which occurs year round after sunset.

The Marfa Mystery Lights was first officially recorded in 1883, although it was known to the Native Americans in the area long before that. Marfa, TX is located in Presido County. The light phenomenon has no scientific explanation and can be viewed year round. Every year the town hold a light festival in its honor.

Besides the mystery lights, the town boasts a Cowboy Hall of Fame, many art museums and the Chianti Foundation. The town had a population of 1,978 in the year 2005.
9. This 'womanly' named town in MA is known for its Shaker Community and its 19th Century Textile Mills.

Shirley, MA. is located north of Boston. In 2005 its population was 7,400. A quaint town, it is popular with tourists. The town boasts an original Shaker Community which was established in 1793 and continued until 1908. It also has a great deal of its original 19th century textile mills. The town is located in Middlesex County.
10. This town located in South Dakota became the home of such western notables as Wild Bill Hickok and Calamity Jane.

Deadwood, SD is located in the Black Hills. It was named for its location in Deadwood Gulch. In 2003 the population was 1,307. The town experienced a gold rush in 1875. The town has long been known for its gambling. It was here that Wild Bill Hickok, a resident of the town was shot and killed as he played poker.

The town still boasts gambling establishments, including a large casino owned by the movie actor, Kevin Costner, who filmed his hit movie, 'Dances With Wolves' in the area.
Source: Author routesixtysix 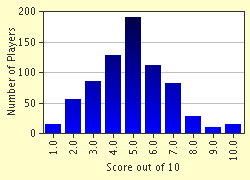 Related Quizzes
1. Road Tripping In The USA Very Easy
2. I Think I Got on the Wrong Plane! Very Easy
3. Cities in US States Very Easy
4. Let's Go to Springfield Very Easy
5. Hot Time in the City (or Where to Hook the Hottie) Very Easy
6. USA Night Sky Tour Easier
7. Where Are They Located? Easier
8. The School of Athens Easier
9. Multiple Metropolises Easier
10. Cities in Shadow Easier
11. Seeing Double All Across the US Easier
12. US Towns With Numbers In Their Names Easier


Other Destinations
Explore Other Quizzes by routesixtysix