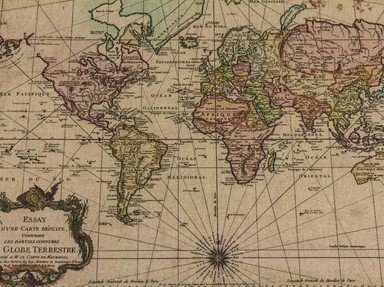 aka "I'm Sure I Parked that Town Somewhere Round Here" or "It's not You - It's Me". This quiz is all about places that have been and gone and are no longer. It comes to you courtesy of an Author Challenge by Amanda77586.

Quiz Answer Key and Fun Facts
1. You'll never play trivia in Pompeii again - unless you enjoy competing against petrified museum exhibits. The town was famously covered by volcanic ash and pumice after an eruption of Mount Vesuvius. In which year did this occur?

Pompeii lies in southern Italy. Together with the nearby town of Herculaneum, it was buried in not much more than 24 hours in 79 AD with the speed and nature of the engulfment meaning that everything was preserved pretty much intact. In some places, the layers of ash were more than 60 feet deep. The site was rediscovered in 1748 and is now a major tourist attraction.
2. You'll never play trivia in Pripyat again - at least not without a big suit and a Geiger counter. Why was this town abandoned with dangerously high levels of radioactivity?


Answer: It is the town that supported the Chernobyl nuclear power plant.

At the time of the Chernobyl meltdown in 1986, Pripyat had a population of about 50,000. The Soviet authorities were slow to acknowledge the full extent of the disaster but, when they did, the town was evacuated and an exclusion zone established. Amazingly, the Chernobyl plant itself was not shut down until December, 2000.
3. You'll never play trivia in Jamestown again, even though it was once the capital of an American state. Which state (or, to be more precise, colony) moved its capital from Jamestown to Williamsburg in 1699?

Jamestown, founded in 1607, was the first permanent English settlement in America. It was located on an island surrounded by deep water that was chosen for ease of defence with living conditions leaving a lot to be desired. After a series of attacks by Native Americans, Jamestown was largely abandoned and the state capital moved to Middle Plantation (now Williamsburg) in 1699.

The site exists today as a historic monument.
4. You'll never play trivia in Varosha again - at least, not for the foreseeable future. In 1974, this was one of Europe's leading tourist destinations. Today it is deserted and left as a museum piece. What caused this change?


Answer: The Turkish invasion of Cyprus

Varosha is the tourist quarter of the Cypriot town of Famagusta and was a booming Mediterranean resort before the Turkish invasion of August 15th 1974. It is now part of the Turkish controlled north end of the island with only the Turkish army and United Nations staff being allowed access. Buildings have been left exactly as they were in 1974 and many of the hotels and apartments are slowly crumbling away.
5. You'll never play trivia in Dunwich again. In medieval times, this was a thriving town on the East coast of England but now lies under water, for which of the following reasons?

In the early middle ages, Dunwich was one of the most important towns in eastern England with its prosperity based upon being a trading port. The Domesday book records three churches and a population of about 3,000. Massive storms in the thirteenth and fourteenth century began the town's decline.

The coastline was altered in such a way that the harbour was no longer viable. With Dunwich's main source of income gone, little effort was made on sea defences with the result that, over the following centuries, the medieval town disappeared under the waves.
6. You'll never play trivia in Kolmanskop again. This Namibian town boasted an impressive infrastructure that included a hospital with the first X-Ray machine in the Southern Hemisphere, yet it was born and died in just fifty years. On which activity was it founded?

Kolmanskop was created when diamonds were discovered locally in 1908. It grew rapidly but declined due to a fall in the price of diamonds and the discovery of more profitable areas. Today, the town is slowly being reclaimed by the Namib desert.

Many ghost towns around the world have arisen in similar circumstances. Mining draws a large number of prospectors or casual workers to an area but, when the mines close, there remains nothing to sustain a local population.
7. You'll never play trivia in Iram again. This town survived until the third century AD and is mentioned in the Koran but now lies buried under desert sand. How was it rediscovered in recent years?


Answer: Through the use of satellite imagery

Iram is located in present day Oman and was a trading post founded at the site of an oasis. It was built on top of a limestone cavern from which the water was drawn. This gradually dried out, as more and more water was removed, until it collapsed in on itself, taking the town with it. Until its rediscovery in the 1980s, the story of Iram (also known as Ubar) was preserved in folk tradition, such as the "Thousand and One Nights", that spoke of the town as fabulously wealthy.

Some versions described it as sinking into the sands as a punishment for its immorality. Amazingly, experts could pinpoint Iram by following caravan trails buried under meters of sand that converged at the point where the town had once been.
8. You'll never play trivia in Oradour-sur-Glane again. This village in France was abandoned in June 1944. For what reason?


Answer: It was the site of a Nazi atrocity.

On June 10th 1944, 642 men, women and children were rounded up and shot or burned to death by the Nazis. This was virtually the entire local population and is believed to have happened because the SS confused the village with the nearby Oradour-sur-Vayres, in which they believed that a German officer was being held. The village has remained empty as a memorial.
9. You'll never play trivia at the San Zhi pod resort again. Construction on this site began in the early 1980s but was stopped before completion, never to resume. In which country would you find this futuristic ghost village?

The San Zhi pod city consists of a series of brightly coloured domed structures designed for vacationers but never formally opened. There is no official reason given for their abandonment but various theories include elements such as the death of construction workers, business failure, unsuitable design and the place being haunted.
10. You'll never play trivia at Ferdinandea again - although ... Ferdinandea isn't a town and you might be lucky enough to play there if you're prepared to wait. What is Ferdinandea?


Answer: A submerged volcanic island in the Mediterranean sea that occasionally reappears above the surface.

Ferdinandea lies about 20 miles south of Sicily and has appeared and disappeared several times in the last 2,500 years. The most recent of these (excluding a very slight emergence in 1863) was in July 1831. On that occasion it became the centre of an international dispute being claimed by four different countries.

These were the United Kingdom (who christened it Graham Island); the Kingdom of the Two Sicilies (who gave it the name Ferdinandea after their king); France (Île de Julia) and Spain. Before any decisions could be made, the island returned under water in January 1832.
Source: Author glendathecat 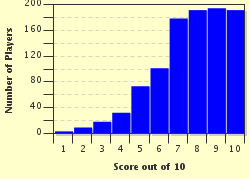