What I Bought On eBay Trivia Quiz

I was bored with just buying from eBay's UK site, so I spread my wings and made some bids on a few things from other countries. What could possibly go wrong with that? Let's see!

Quiz Answer Key and Fun Facts
1. I needed a new bath robe, and on eBay's French site I spotted a whole page of 'robes'. I managed to win one, so when my parcel arrived, what did it contain?

Well, it wasn't a complete disaster as at least it was something I could wear, although not straight from the shower. 'Robe' is the French word for a dress, gown or frock. A hat is 'un chapeau', slippers are 'pantoufles' and a headscarf is 'un foulard'. What I should have been looking for was 'un peignoir de bain'.
2. On a quick visit to the German eBay, I found a listing for 'gift'. That sounded as if it would have been something nice, and I love presents. What did the postman bring me this time?

Clearly this was a devious Teutonic plot to fool the English, as 'gift' is the German word for poison. I decided not to give this gift to my daughter as I'd intended, especially as she, unlike me, can speak German, but maybe my boss would like it (he hasn't given me a pay rise for two years)? If the listing had been a gift or present it would have been listed as 'geschenk'.
3. I visited the Polish eBay, and soon found a listing for a 'karawan'. That must be a caravan, surely, but what mode of transport was I actually bidding on?

That was another trap I nearly fell into, but, fortunately, I didn't win this item. The other modes of transport would have been more easily identifiable, as ambulance is 'ambulans', motorcycle is 'motocykl' and a coach is 'autobus'. I'm pretty sure the family would not have enjoyed their holidays in a hearse.
4. I'm off to a wedding soon, so I decided to buy some 'confetti'. It sounds like an Italian word, so I checked out eBay Italia and bought some from there. What will I be throwing at the bride?

Although confetti is an Italian word, the English meaning of small pieces of paper to throw at a wedding is totally different from the Italian. Sugar almonds are used at weddings in the UK, as favours for the guests, but are not usually thrown at the happy couple. What I should have searched for is 'coriandoli'.
5. I needed some makeup, so I tried the Portuguese eBay. I found what I wanted, listed as 'máscara'. I thought I was buying something to make my eyelashes longer, but what did I receive?

Some of my (ex) friends pointed out that the mask might have improved my appearance more than the makeup would have done. Apparently, I should have searched for 'rímel', which is faintly ironic, as Rimmel is a well known brand of cosmetics in the UK.
6. On the Norwegian eBay, I found a whole page devoted to fruit. I love apples, so made a bid on 'appelsin'. Which fruit had I really bought?

Appelsin translates as 'apple from China' and the scientific name for the orange is Citrus Sinensis. Oranges originated in South East Asia, and 'sino' is used as a prefix to denote China in English, too. What I should have searched for is 'eple'.
7. Australians speak English, so I couldn't get confused on their eBay site, surely? Having found a listing for 'bon bons', I was confident that my parcel would contain toffee sweets, but what arrived?

In the UK, bon bons are toffees dusted with icing sugar. In Australia, the name refers to what the British call crackers, although they are sometimes called crackers down under, too. I suppose if I sent a packet of bon bons to my friends in Australia, they would be equally taken aback with what they received.
8. Hoping the common language would help, I decided to go to eBay's American listings. I needed new underwear, so I bought 'pants'. I didn't get what I expected, so what turned up when my parcel was delivered?

We speak the same language, but, once again, I was caught out, this time by a difference between UK and American English. Pants are outerwear in the USA, while in the UK they are definitely underwear. I could also have gone wrong in buying a purse, which is a small container for money in the UK, which goes inside your handbag, while in the USA a purse is a handbag.
9. Browsing eBay Spain, I found 'sopa' listed. That must be soap, I thought, so I went for the 'buy it now' option. What had I really bought?

At least I've discovered that this is common error made by English speakers learning Spanish. Next time I want to buy soap in Spain, I need to remember to look for 'jabón', or learn to wash in soup.
10. Exhausted by my online shopping, I made some toast while opening my purchase from eBay France. It was listed as 'marmite', and I was expecting a savoury spread to go on my toast, but what had I managed to buy?

In England, Marmite is a yeast extract, which people tend to either like or detest - in fact, it has recently been advertised using the slogan 'Love it or hate it'. It is similar to Australia's Vegemite. The label on the container has a picture of an earthenware cooking pot, and French is probably the source of the brand name. Apparently, the French for what we call Marmite is 'une pâte ŕ tartiner ŕ base d'extrait de levure', which might need a bigger label.
Source: Author rossian 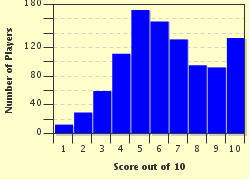